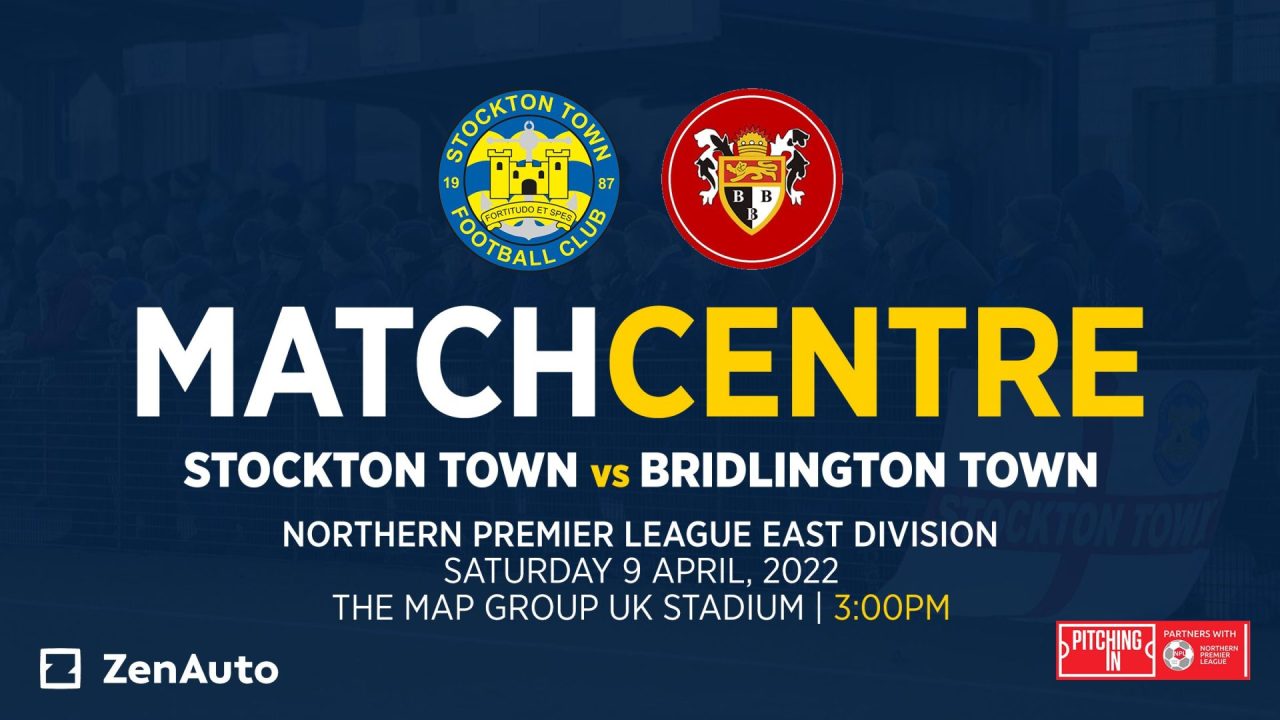 The Anchors require four points from their final four fixtures and could guarantee a play-off berth if results go their way on Saturday afternoon.

Last time out, Stockton responded to falling behind early doors against Tadcaster Albion through goals from Shane Henry and Adam Nicholson. but fell to defeat in West Yorkshire after a second-half comeback by the Brewers.

The longest unbeaten run by the Anchors at the MAP Group UK Stadium currently stands at 13 matches, and Michael Dunwell’s side could break that record if they avoid defeat to the Seasiders.

The two sides have met twice before in all competitions, with the Anchors overcoming the Seasiders after extra-time in the FA Vase in 2019 before coming from behind to defeat Bridlington in August for their first away win in the Northern Premier League.

Bridlington Town sit 16th in the table, one place and two points above the relegation play-off zone with four games remaining.

Last time out, Brett Agnew’s side lost out to an in-form Brighouse Town in midweek,

Impressively, Bridlington are the only side to have not been defeated by league-leaders Liversedge this campaign, and have taken the lead in both outings against Sedge, coming within minutes of taking maximum points on home soil on New Year’s Day.

Manager Brett Agnew: “I think if we apply ourselves properly at Stockton Town on Saturday we can get something from that game.

“I think the fact that is on a 3G pitch will also really suit our way of playing. We sometimes play a lot better against the sides up there at the top of the league so let’s hope we can do so again.

“After this we have the massive double against Sheffield and Pickering Town over the Easter period.”

Elsewhere in the league, there are crucial matches both in the race for promotion and battle to avoid the drop.