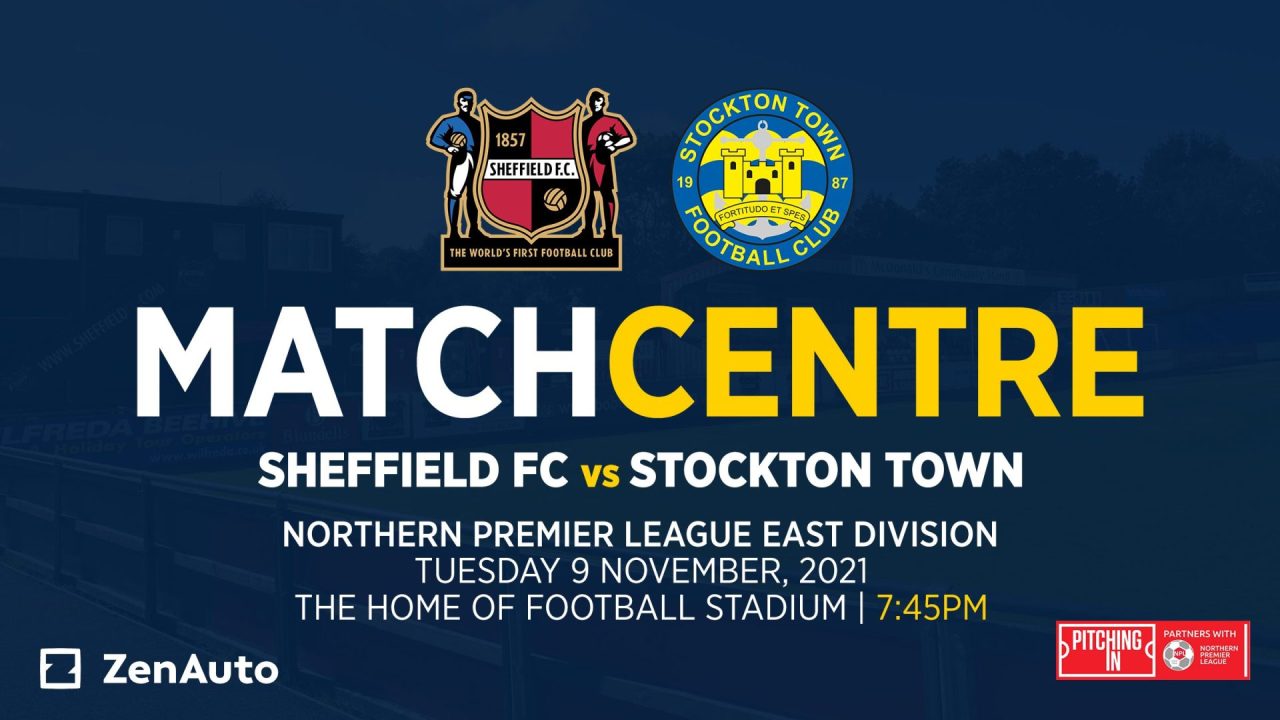 Stockton Town make the trip to the ‘Home of Football’ as they take on Sheffield FC for the first ever meeting between the two sides.

The Anchors have picked up four points from their last two games as they come from behind to draw with Yorkshire Amateur on Saturday.

Roy Fogarty’s goal just after the hour mark had given the visitors the lead before Mikey Roberts levelled from the penalty spot after he was brought down in the area.

This is Stockton’s first midweek game since a 3-0 win over Dunston UTS in mid-September.

Sheffield FC are famous for being the world’s oldest football club. Formed in 1857, they played under the Sheffield Rules until 1878 before adopting the FA rules.

In 2004, they were given the FIFA Order of Merit – an accolade they share with Spanish Giants Real Madrid. In 2007, they were inducted into English Football Hall of Fame to commemorate their 150th anniversary.

In the present day, they are currently 16th and are searching for a new manager following the departure of Gavin Smith and his assistant Kirk Jackson.

Jamie Yates has taken interim charge, and he endured a tough start on Saturday as they went down 6-1 at Marske United.

Before that game, they made two new additions in the form of defender Ashton Hall who was released by Sheffield United and midfielder Stephen Akbas, who is formerly of Hull City.

Marc Newsham is the club’s dangerman – the former Boston United striker is their top scorer with seven goals.

“No disrespect to Sheffield, they’ve had a few bad results recently and hopefully we can capitalise on that.

“I am sure we will be a lot brighter than we were today. We will look to go there and our aim is get three points to keep in that chasing pack.”

Also speaking after the draw with Yorkshire Amateur, Jonathan Franks look forward to the midweek trip:

“I love having midweek games really because I just think if you do drop points, it is a quick turnaround and the game is still fresh in your mind from Saturday- you get a reaction from the lads for Tuesday.

“We have to go into Tuesday looking to get reaction from today, be positive and get three points.”