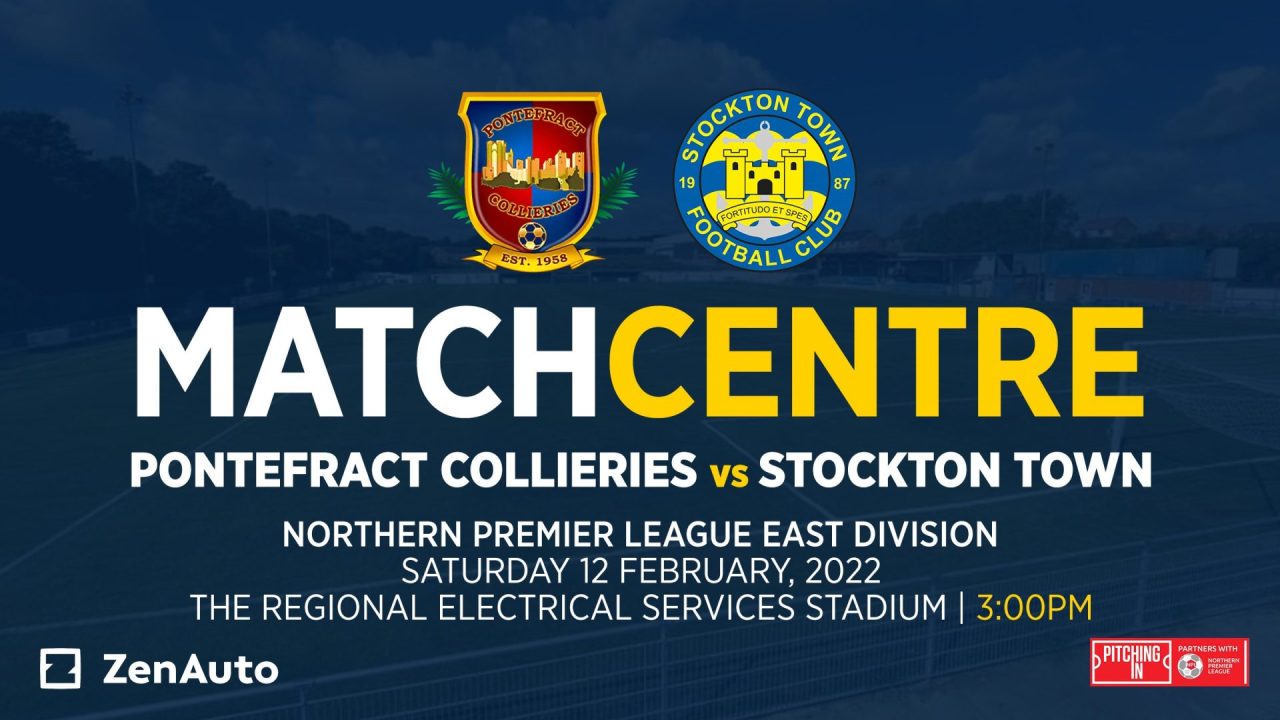 Stockton Town are on their travels for the fourth straight fixture as they take on Pontefract Collieries on Saturday afternoon.

The Colls are the final unique opponent the Anchors will have faced this season, with this game a rescheduled fixture following the postponement of the original match in November.

Last time out, Michael Dunwell’s side continued their excellent league form with a clinical performance away at Yorkshire Amateur.

Roberts’ treble moved him level with Kev Hayes as the Anchors’ top goalscorer this season with 15 apiece, with Roberts now standing second in the goalscoring charts in the Northern Premier League East Division with 14 league strikes.

With there being a full compliment of fixtures in the NPL East in midweek, the Anchors were replaced in third place by Cleethorpes Town, who picked up a point at home to Yorkshire Amateur, although they now hold a game in hand on the Owls.

This is the first ever meeting between the two sides.

Pontefract Collieries currently sit 11th in the division with 29 points from 25 games.

The Colls have emerged into some form recently having picked up three wins on the spin, including back-to-back 1-0 wins over Stockton’s North-East counterparts Shildon and Hebburn Town.

Having been promoted to Step 4 in 2018, Pontefract narrowly missed out on immediate promotion to the NPL Premier Division with a play0ff semi-final loss to Brighouse Town.

This campaign, Pontefract are one of very few sides to have taken points from league-leaders Liversedge, having earned a point at Clayborn on New Year’s Day thanks to Callum Brook’s late equaliser.

Pontefract’s current top scorer the season is Vaughan Redford with seven goals, despite moving to Worksop Town in November, with Eli Hey the current incumbent with five goals.

Speaking in an interview earlier this week, striker Nathan Steel said: “Saturday will be a tough one, it always is. There are no easy games in this league, but the mentality of the lads at the moment is top draw.

“We’re going into every game full of confidence and wanting to take all three points.

“When we’re playing the way we are, you’re always excited for the next game to come around.”

Pontefract manager Craig Rouse, after their midweek win over Hebburn Town, said: “It’s going to be a really tough game on Saturday against Stockton at home.
“I think they’re the form team in the league, so we want to put on a good performance and go toe-to-toe with them and see where we are.”