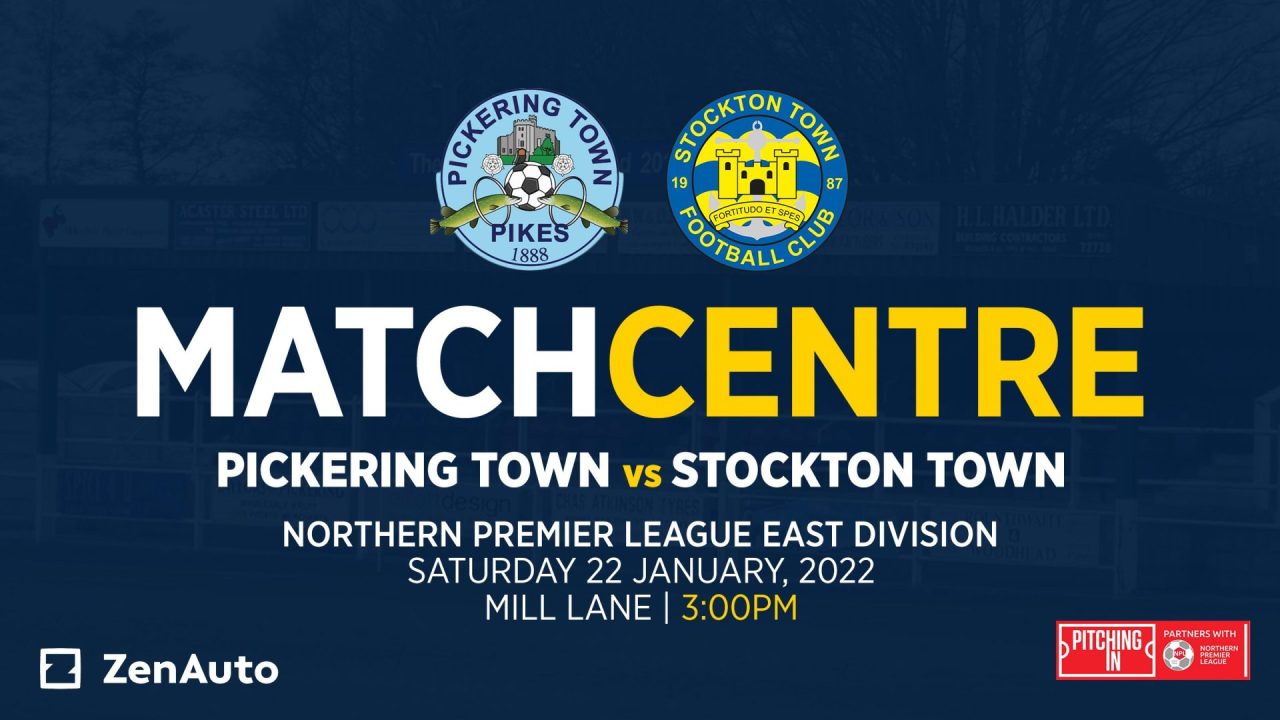 Stockton Town will be looking to bounce back from their midweek cup defeat when they travel to take on Pickering Town on Saturday.

The Anchors’ 12-match unbeaten run in all competitions came to end on Tuesday as they went down 2-1 to Bishop Auckland in the Durham Challenge Cup.

Alfie Conway gave Stockton the early lead before a Matty Waters brace either side of halftime sent the Northern League club through.

Michael Dunwell’s men now make the trip to Mill Lane looking to extend their winning run in the league to nine games.

In their last league outing, Stockton completed the double over Lincoln United. Goals from Mikey Roberts, Nathan Mulligan and Jamie Owens with his century strike for the club brought up a 3-1 win.

This is the second-ever meeting between the two clubs. Earlier in the season, the Anchors came from a goal down to defeat the Pikes 4-1.

Pickering Town are currently sitting bottom of the East Division table and are one point off the next placed team in Tadcaster Albion.

The Pikes have won four games all season and have the joint-worst goal difference in the league at minus 30.

Surprisingly, they have scored most goals in the bottom half at 33 ,but that is met with the caveat that they have also conceded the most at 63.

They have shipped nine goals in 2022 thus far in comparison to just one conceded by Stockton in the league.

Winger Omar Sanyang is one player to watch for Pickering. The youngster was signed on loan from Darlington in December and has four goals from his six games.

Striker Billy Logan is also dangerous, he returned to Pickering Town in October following a spell at Bridlington Town.

“It’s a big game. Every game is a big game in the league and we have given ourselves a great chance of getting into the play-offs.

“We will go there in high spirits. We have been on a great run for the last seven or eight weeks and we will look to pick that up on Saturday.”