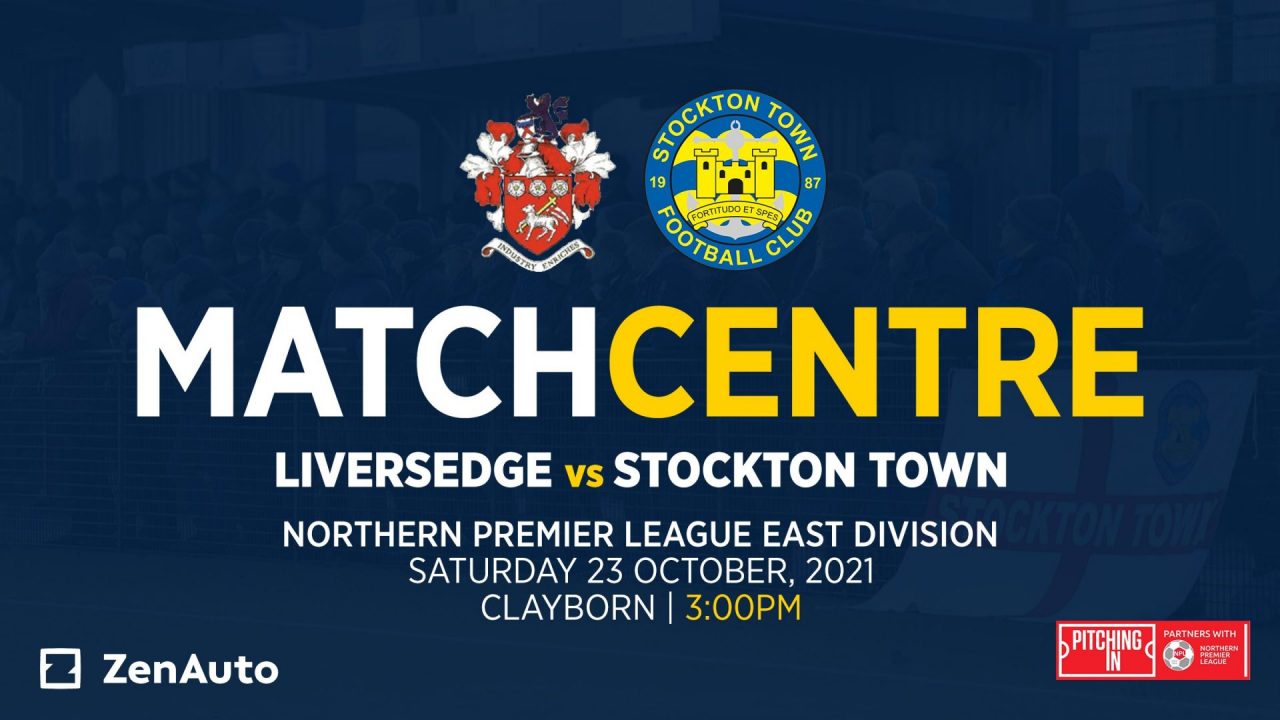 Stockton Town face the toughest test of their Northern Premier League East campaign so far when they travel to Clayborn to face league-leaders Liversedge on Saturday.

The current front-runners are the only side in the division to have not lost a league game so far this campaign, having won 10 of their eleven league games, scoring 33 times and conceding just five.

The Anchors make the journey south in a confident mood, having returned to form with a come-from-behind victory against Pickering Town.

Michael Dunwell’s side moved up to 10th with that win and now sit just four points behind Cleethorpes Town in the playoff places.

Jamie Owens set the comeback rolling with a fierce strike early in the second-half, before a brace from Mikey Roberts and a Kev Hayes effort gave Stockton their joint-largest win of the season.

Should Owens score twice at Clayborn, the striker will join an exclusive club and become just the fourth player to have reached 100 goals in Stockton Town colours, behind Kallum Hannah (184), Tony Johnson (109) and Chris Stockton (106).

Sedge are also the division’s top scorers and boast three of the league’s leading marksmen, with Oliver Fearson, Benjamin Atkinson and Nicholas Walker at the top end of the “golden boot” race.

Liversedge were promoted to Step 4 as part of the restructure of Non-League football in Summer 2021, after finishing in the top three of the combined Northern Counties East Division across the previous two seasons.

Jonathan Rimmington’s side made the perfect start to the new season, winning eight league matches in a row before Hebburn Town became the first side to take a point away from Clayborn.

Last time out, Liversedge thrashed local rivals Ossett United 5-0 at Ingfield in front of a record crowd of 1,005 on a Friday night to send out an ominous message to the rest of the division.

He said: “I think Stockton are in a false league position at the moment.

“They’re a good footballing side. When we’ve played them in the past, their strikers caused us problems and their wide men were tricky.

“They’ll want to beat us as we’re top of the league but we’re used to that.”

Assistant manager JD Briggs believes the second half performance Stockton Town produced against Pickering Town was one of the best in recent years.

He said: “That second half was one of the first times this season we’ve looked at our attacking best.

“We looked like we have done the past three or four years, being attacking and creative and looking like scoring goals.

“That can only breed confidence to hopefully kick-start us into more consistent performances, and results follow performances.”