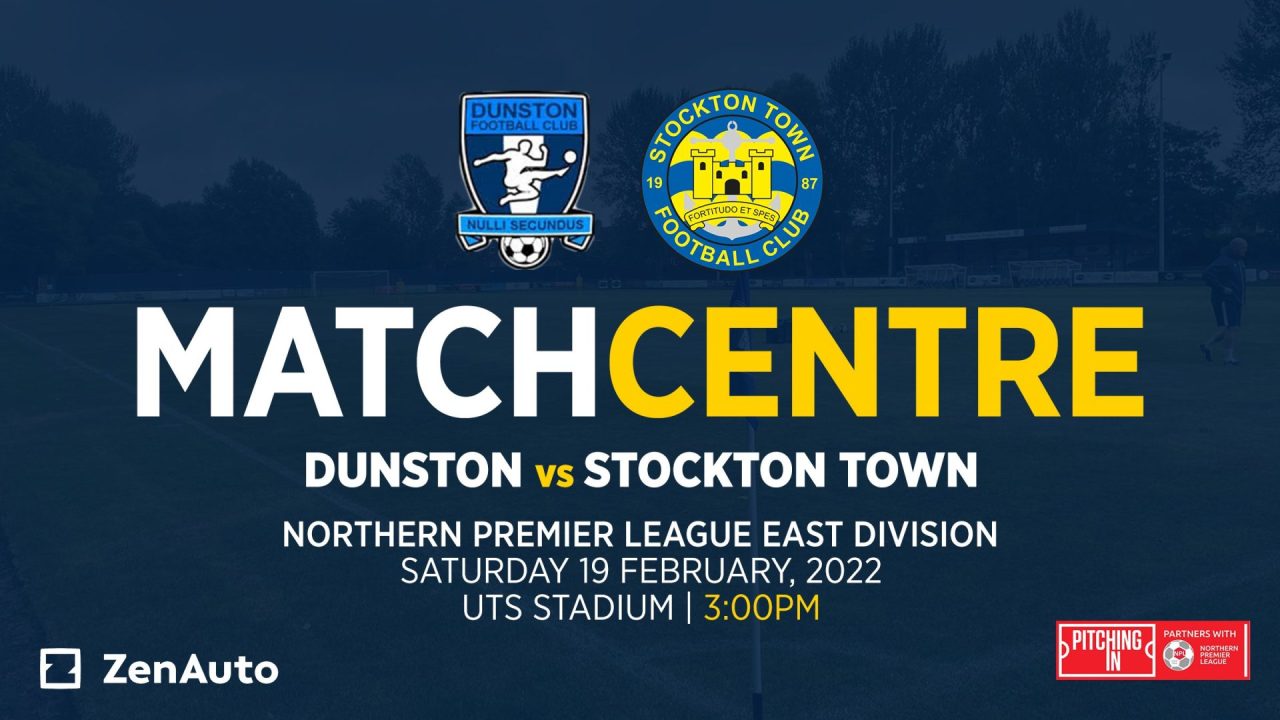 Stockton Town will be looking to bounce back when they travel to Tyne and Wear to take on North East rivals Dunston on Saturday.

The Anchors lost their first league game since October last Saturday when they went down 2-0 at Pontefract Collieries.

Michael Dunwell’s men had been ruthless in their previous two games with 11 goals scored and just two conceded in wins over Pickering Town and Yorkshire Amateur.

Stockton have responded well to defeats this season, and have suffered back-to-back losses just once this campaign.

Stockton Town and Dunston have met six times before, with the last meeting ending in a 3-0 victory for the Anchors in the reverse fixture.

Dunston are currently seventh in the Northern Premier League East Division and are ten points back from a play-off spot.

They have been in mixed form of late having drew, won and lost their previous three games. Last time out they picked up a very respectable draw at Cleethorpes Town.

They had looked on course to take all three but McCauley Snelgrove’s stoppage time leveller ensured it was just one.

One to watch for Dunston is recent signing Michael Fowler. The 20-year-old arrived shortly before the New Year fresh from a scholarship in the USA – he had also previously been a part of Sunderland’s Academy.

He has netted seven goals in his early time with the club including one on his debut against Marske United and hat-trick against Worksop Town.

Speaking following the 2-0 defeat at Pontefract, manager Michael Dunwell said: “We will go to Dunston next week looking for three points like we do in every game.

“Nothing really changes how we are going to approach that game.

“We knew that we are not going to win every game. There are going to be weeks where we are going to drop points but that’s all part of this run in.

“We have eleven games left and our aim is to finish in the play-offs. We are in a really good position.”

Dunston Captain Craig Scott spoke ahead of the game: “It’s always a tough game against Stockton whenever we play each other.

“They are a good side and clearly doing well in the league, but I think if we play as we did last Saturday against Cleethorpes then we stand a good chance.”

“Our form is good at home too, so we should be confident we can get a result.”