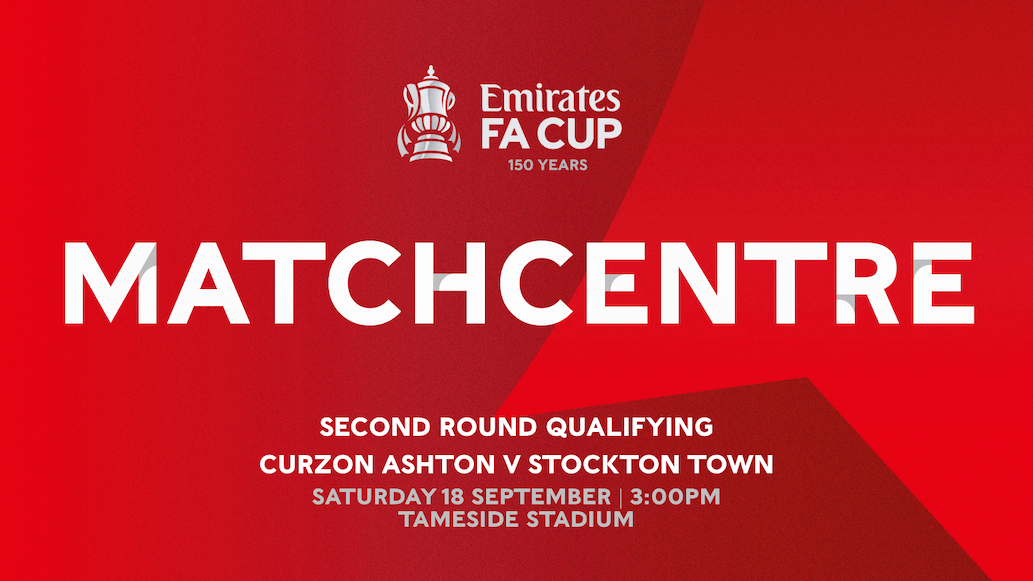 Stockton Town head down to the North West this afternoon to face an in-form National League North side in Curzon Ashton in the Emirates FA Cup Second Qualifying Round.

The Anchors have beaten both Ossett United and Sunderland RCA to reach this stage – equalling their best run in the competition.

The last time Michael Dunwell’s side reached the Second Qualifying Round was back in the 2019-20 season, where an unfortunate own goal was the only thing separating the Anchors and National League North side Guiseley.

Stockton go into the game with confidence after returning to winning ways on Wednesday evening. Jamie Owens, Kev Hayes and Nathan Mulligan were all on target as the Anchors cruised past Dunston at home.

This is the first meeting between the two sides.

Curzon Ashton have made a flying start in the 2021/22 season, currently sitting third in the National League North behind league-leaders AFC Fylde and second-place Brackley Town.

In their six games, Steve Cunningham’s men have picked up four victories, one draw and one defeat – including a run of three consecutive victories.

Adam Thomas scored a late winner for the Nash against Gloucester City last Saturday to ensure three points would be going back to Ashton-upon-Lyme.

Thomas is, indeed, the player to watch out for this afternoon. The striker has scored six goals in his six league games, and poses a real threat up top.

Manager Steve Cunningham, talking on Tameside Radio, said: “We’re looking forward to the game. The prospect of, what people said, a banana-skin is very much on the cards.

“I’ve been to watch them live at Ossett (United) last week and they gave a good account of themselves considering they got beat. They showed a great attacking threat.

“They go into this game with a 3-0 win, so they’re coming to us full of confidence, but we’re also going into the game confident ourselves.

“We’re in a rich vein of form and a good team spirit building, and I’m looking forward to seeing a different side to our team now because we’ve, very much, been the underdog.

“Going into this, on paper, we’re favourites, but FA Cup and any typical cup game, form goes out of the window. We’ve just got to be professional and do what we’ve been doing of late.”

Talking ahead of the game, midfielder Shane Henry, who played in the Second Round of the FA Cup with Spennymoor Town, said the Anchors will have “manage situations well” during the game.

He said: “Curzon will be a huge challenge today. They are an established National League North club and have had a good start to the season.

“After the 3-0 win over Dunston, the lads will be high in confidence and we are going there to give it a real go.

“We have to stay in the game, manage situations well and show the qualities we have in and out of possession.

“We are hoping we can share a special day with the our travelling fans and you just never know with the magic of the FA cup today could be a brilliant day for everyone involved.”