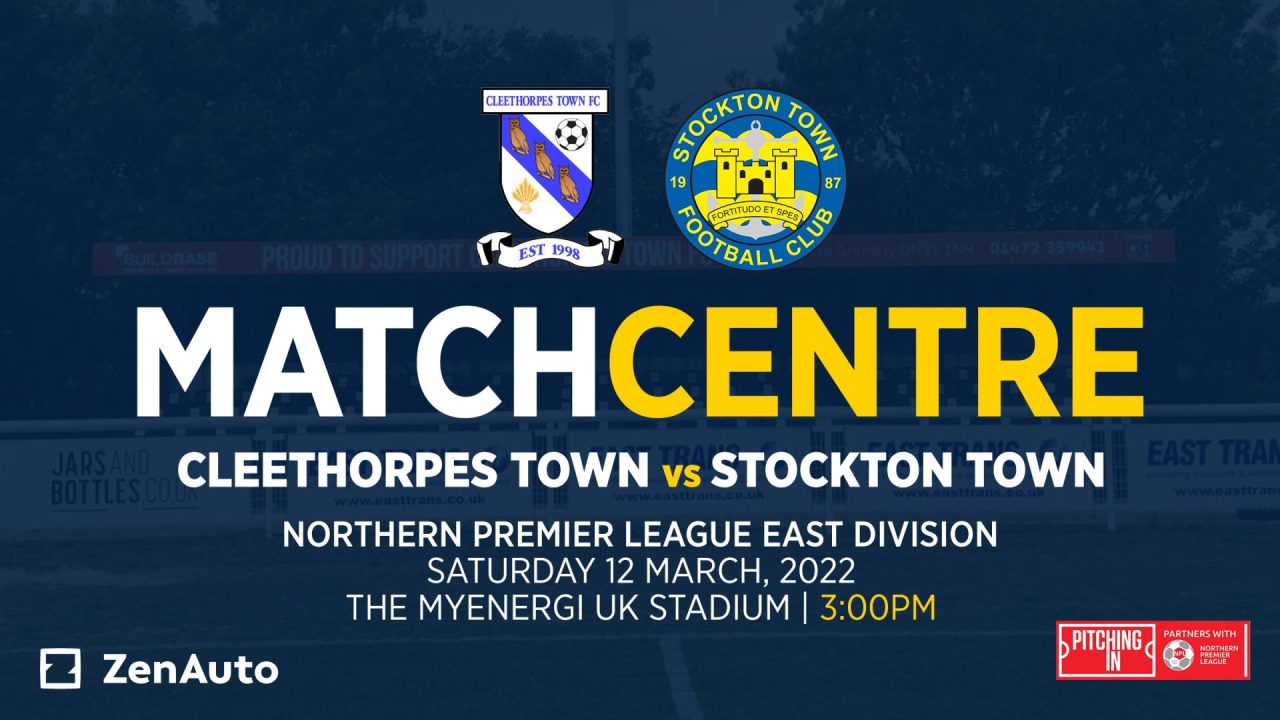 Stockton Town make their longest away trip of the season on Saturday as they head to North Lincolnshire for a crucial battle with playoff rivals Cleethorpes Town.

The Anchors head to Humberside in fourth place, three points behind The Owls, who sit third, with eight games remaining in the Northern Premier League East Division.

Last time out, Michael Dunwell’s side were held to just their second ever goalless draw on home soil, and the first at the MAP Group UK Stadium, against title-chasing Liversedge.

A big three points are on the line on the East Coast, with the victors ending the weekend in third place.

The two sides met earlier in the season at the MAP Group UK Stadium, with Cleethorpes Town taking all three points through a late penalty from Jack McMenemy,

Cleethorpes Town stand in third place, three points ahead of the Anchors, with eight games left to play.

In their last game, The Owls were thrashed by title challengers Liversedge 5-0 at Clayborn, a result which bunched the play-off pack further together.

Cleethorpes’ tally of 63 league goals is bettered only by the runaway top two Marske United and Liversedge, and one more than Stockton’s total.

The key men to watch out for are their two top scorers, Brody Robertson and Scott Vernon, with 14 and 13 goals respectively this campaign.

The Owls have added to their ranks in recent days, signing midfielder Fin Shrimpton on loan from League Two side Scunthorpe United for the rest of the season.

He said: “It’s another huge game, but we want to be in these games. We don’t want to be playing for mid-table or trying to stay in the league.

“Our aim was to finish in the playoffs and we are there or thereabouts reaching our targets, we just have to finish it off.

“We go into every game wanting to win.”

Cleethorpes Town manager Dave Smith previewed the game for the club’s social media channels, he said: “It’s the business end of the season and all the games will be big, none bigger than Stockton at home this weekend.

“We’ve used the two-week break as a chance to work on fitness and shape to be ready for the run in. The boys look fit and hungry for the challenge.”