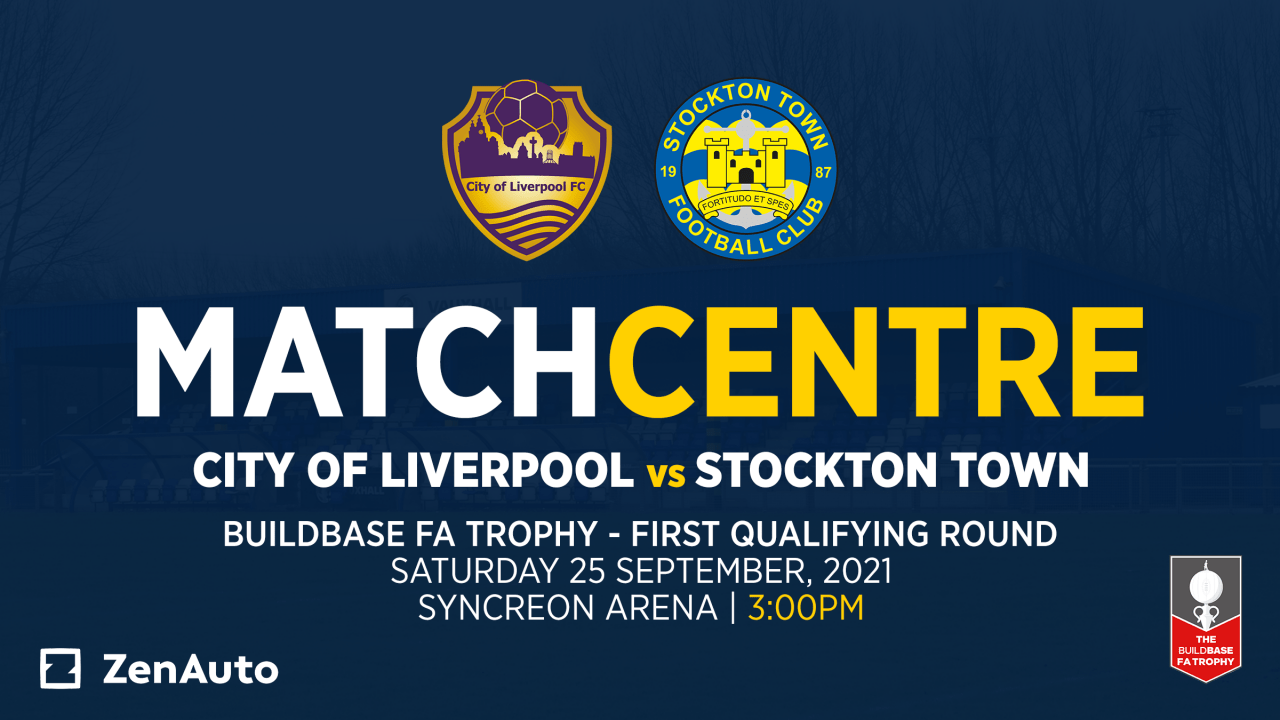 Stockton Town make their FA Trophy debut this Saturday when they travel to Ellesmere Port to take on City of Liverpool in the First Qualifying Round.

The Anchors saw their FA Cup run ended on Saturday when four first-half goals were enough for National League North side Curzon Ashton to progress to the next round.

Michael Dunwell’s men had enjoyed their best win of the season last midweek with a 3-0 triumph over North East rivals Dunston.

Stockton will be hoping to perform as well as they did in the FA Vase in which they had some great runs including one to the final in 2018.

Should the match remain level at the end of 90 minutes, there will be a penalty shootout to decide the winner.   The winner of this match will have home tie against Colne to be played on Saturday 9 October.

This is the second meeting between the clubs. The previous was in the Third Round of the 2017-18 FA Vase. Fred Woodhouse’s first-half goal was enough to give the Anchors a 1-0 win.

City of Liverpool currently compete in the North Premier League West Division and are 11th after eight games.

The Purps, formed in 2015, gained promotion to Step Four after winning the North West Counties Premier League in 2019.

Last Saturday, they beat National League North side Farsley Celtic 3-0 in the FA Cup to progress to the Third Qualifying Round for the first time.

Manager Michael Ellison is currently in his first full season in charge having being appointed last October. Ellison was previously the man in charge at Runcorn Linnets, where he departed in May 2020.

In the summer, he brought in forward Freddie Potter, who had been a prolific member of his Linnets side with 75 goals in 138 appearances over two spells.

Potter has made a decent start to life with City of Liverpool with four goals – making him the club’s top scorer thus far.

Last season, Ellison led the Purps to their best run in the FA Trophy – which ended in a Second Round exit at Darlington.

Speaking after the Curzon Ashton match, manager Michael Dunwell looked ahead to the FA Trophy debut.

“It’s another big game,” he said. “It’s away again at City of Liverpool, so it will be tough.

“We played them a few years ago. They are the same level we’re playing at, so it’s going to be a tough game.

“They have a big following at home, hopefully we can take a good following again like we have done today and we’re looking forward to it.”