Tyler Wood who is one of U8’s players has scooped a prestigious regional award. Every month the Grass Roots Facebook page run a competition for the player of the month which is open to all players and ages in the TJFA and RFYL, anyone can nominate a player and give a reason for this and the Grass Roots panel vote on their winner, Tyler fought off some tough competition to win this award this month

Tyler was nominated as prior to beginning in the Under 7s he had a very serious arm break and missed all of the pre season and just before he was due to come back, playing football with his friends he broke his arm in exactly the same place, since then you could see he was very timid in challenging for the ball and even going near someone with a ball.

Since pre-season began Tyler has began to grow in confidence and seems to have over the psychological difficulties he faced and has been an integral part of the good start to the season for his team. He has also been selected to attend the MFC Development centre by one of the Middlesbrough scouts such has been the level of his performance.

Grass Roots founder Shelley Nolan recently attended a Stockton Town training session and presented Tyler with his award, commenting what a polite young man Tyler was which is something I see week in week out.

Well done Tyler from us all at Stockton Town, a tremendous achievement. 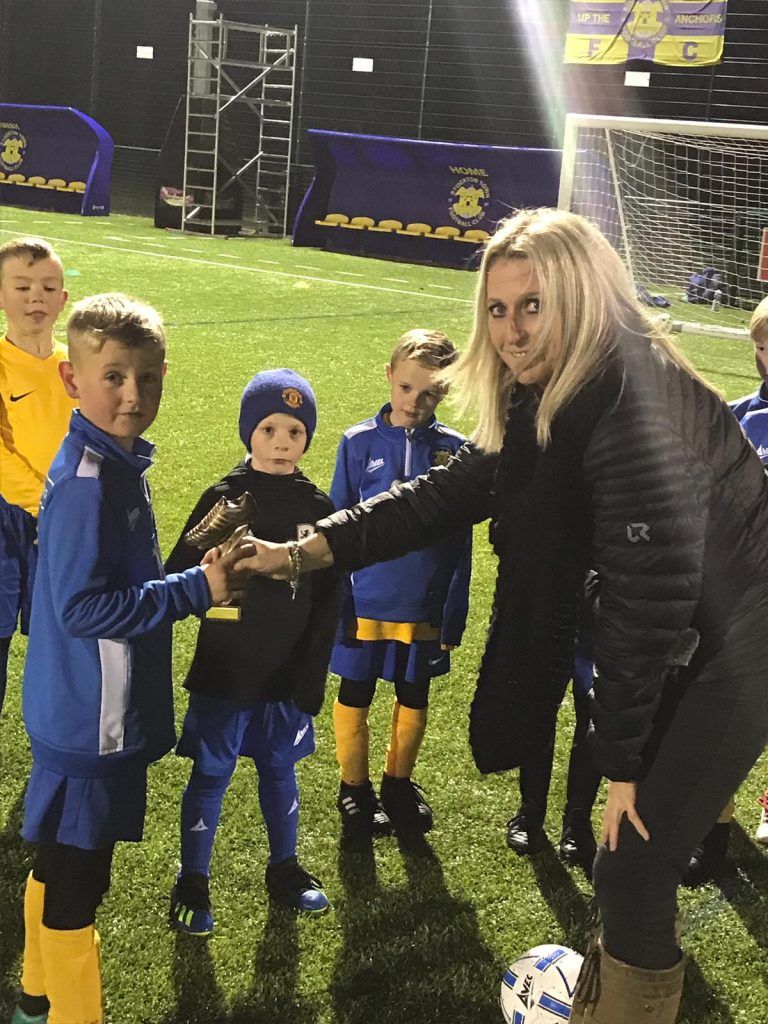