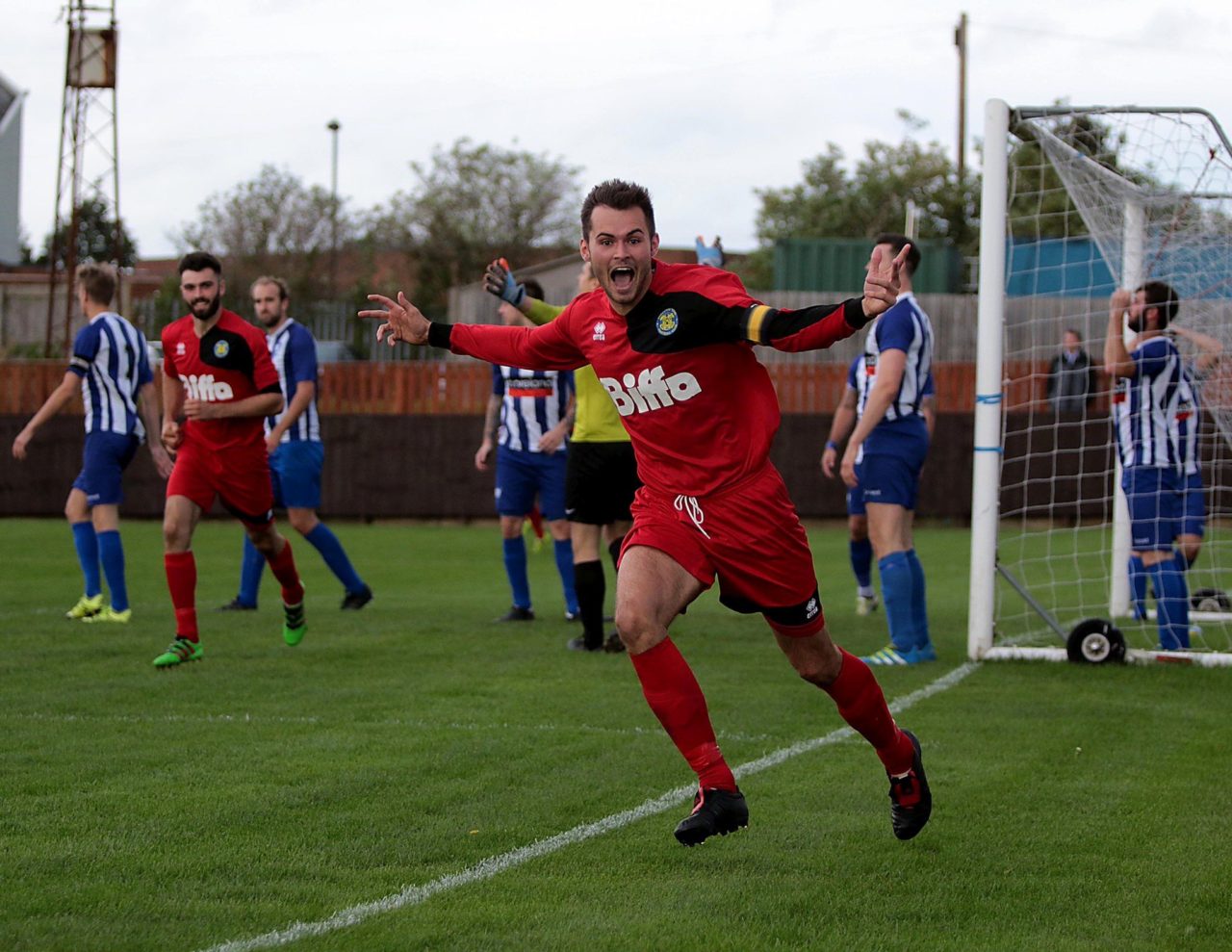 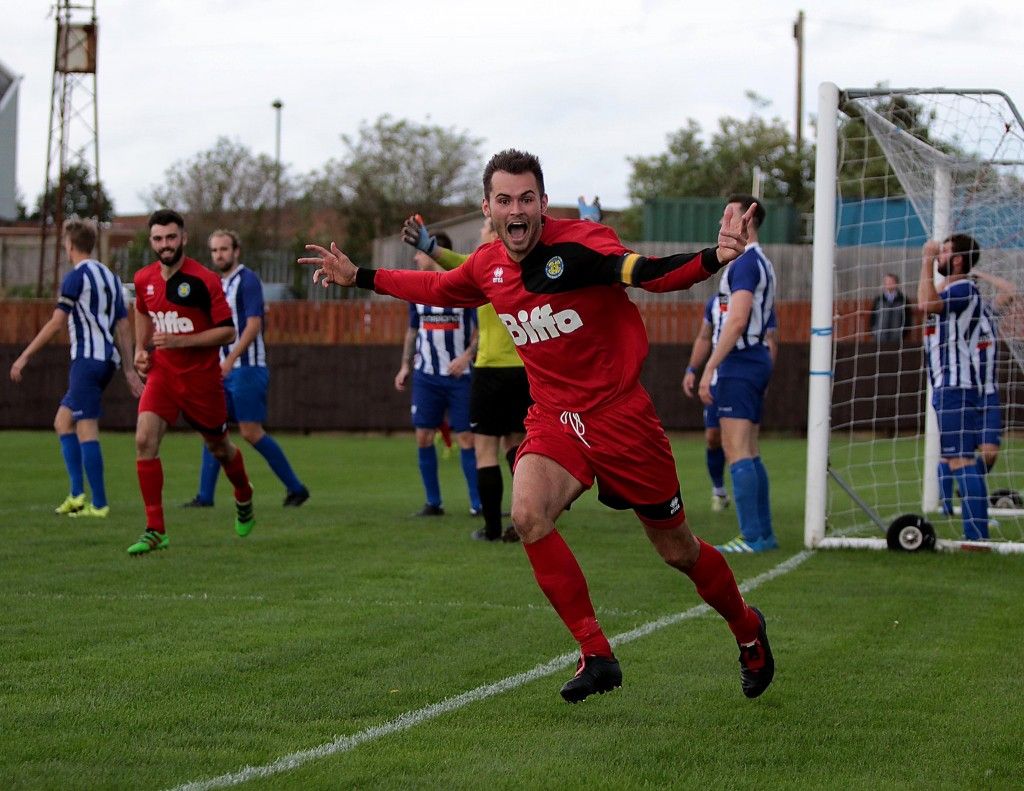 For the first in a series of featured interviews, Stockton Town centre-half Adam Nicholson spoke to Daniel List ahead of a crucial couple of months for the Anchors.

Consistency is a rock upon which Stockton Town have enjoyed great success from the Wearside League through to the second tier of the Northern League. Consistency in squad makeup, consistency in selection and consistency in performance. Stockton’s stand-in skipper has proved himself to be a crucial cog in that machine and he spoke of how familiarity had helped breed success.

“The majority of the lads have been together three to four years now with only a couple of additions from our Wearside League squad. We know each other inside out and I think you can tell that on and off the pitch.

“Who knows how far we could go? All that is certain is we have adapted to every challenge so far and I’m sure we will continue to do that moving forward.” 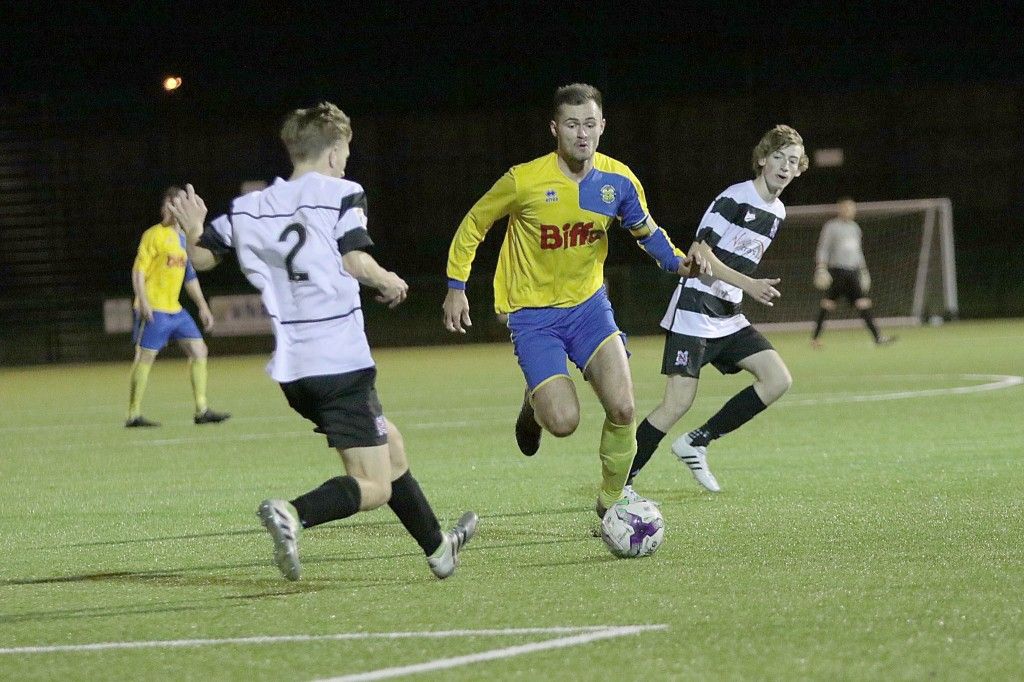 Nicholson knows the importance of keeping the current squad together and was keen to praise the efforts of the club’s staff in achieving that, as well as highlighting he role they’ve played in the team’s success.

“Michael & JD have played a big part in keeping the lads together over the last couple of years during our battle for promotion out of the Wearside League and they know the Northern League inside out.

“There is a good relationship between all the players and the management, apart from when they both join in at training. They are quite calm (most of the time) and confident which I think reflects in us on the pitch.” 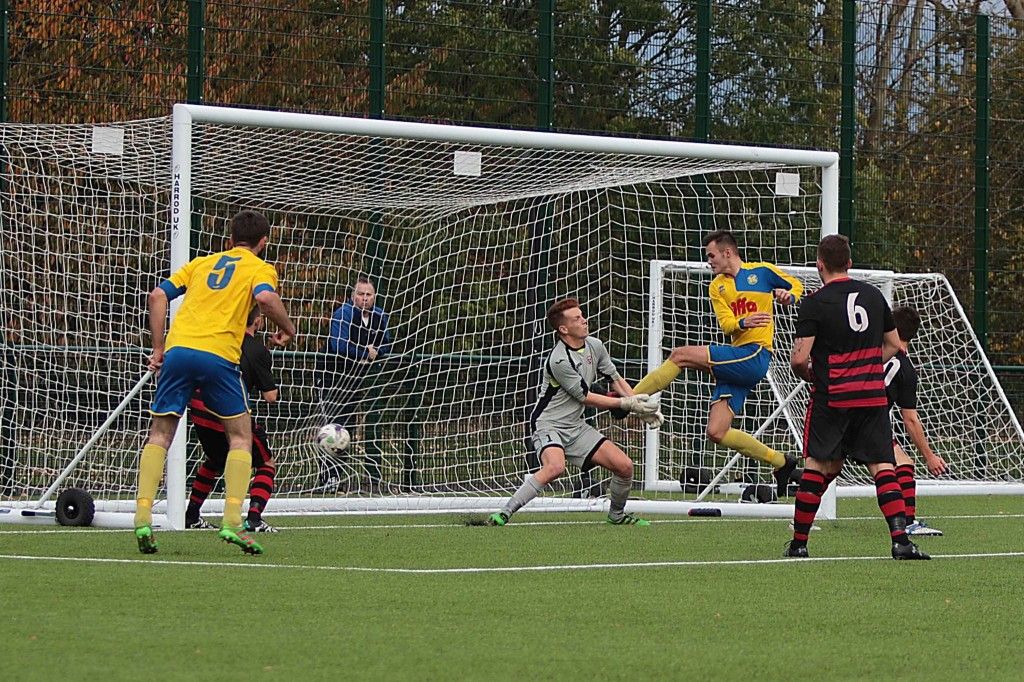 Nicholson has formed an impressive partnership with Tom Coulthard at the heart of a Stockton defence that gives up less than a goal a game to opposing sides. Speaking after Coulthard netted the decisive goal in Stockton’s clash with Billingham Synthonia, Michael Dunwell praised the way his centre halves attack the ball in both boxes. Nicholson has proved equally adept at coming up with big goals and he was at it again on Tuesday night, netting the opener away to Consett in the League Cup.

“It helps being 6ft 5 but we do work on set pieces. I think we have about 20 goals between Tom and myself so far, so its clearly working.

“I’d have to say my highlights would be the goal at Whitley Bay in the FA Vase, for the occasion, or the goal at Crook early in the season. The game was 1-1 and we had dominated but their keeper was having a blinder. It was a big relief to put us 2-1 up.”

Stockton head into the home straight atop the Ebac Northern League Division Two table and in unrivalled form. There are some difficult games in the run in and Nicholson has preached the necessity to avoid complacency and to ensure more of the same is served up by his teammates.

“We are just taking it one game at a time in the league and enjoying every game. We have won ten in a row now and have put ourselves in a great position for the run in. We know there’s still 13 games to go and we’ll be going out to try and win them all.”

As well as an impressive league campaign, the Anchors find themselves still in two cup competitions. Having upset the odds away to some big teams, hopes remain that the club could end the season celebrating on more than one front.

Nicholson’s goals and performances in the cup as well as his threat in the opposition box have played a key part in Stockton’s progression and he is excited about the prospect of picking up more silverware with the club.

“The Ernest Armstrong cup is a cup I think we could win, our league position shows that. We have already beat Whickham and Team Northumbria so far and have a local derby with Billingham Town to look forward to on Tuesday. We’ll go there full of confidence and look to progress to the semi-final.

“Our result at a very good Consett side shows we can mix it with the top first division sides and after beating West Auckland and Consett, we are looking forward to the League Cup draw as well.” 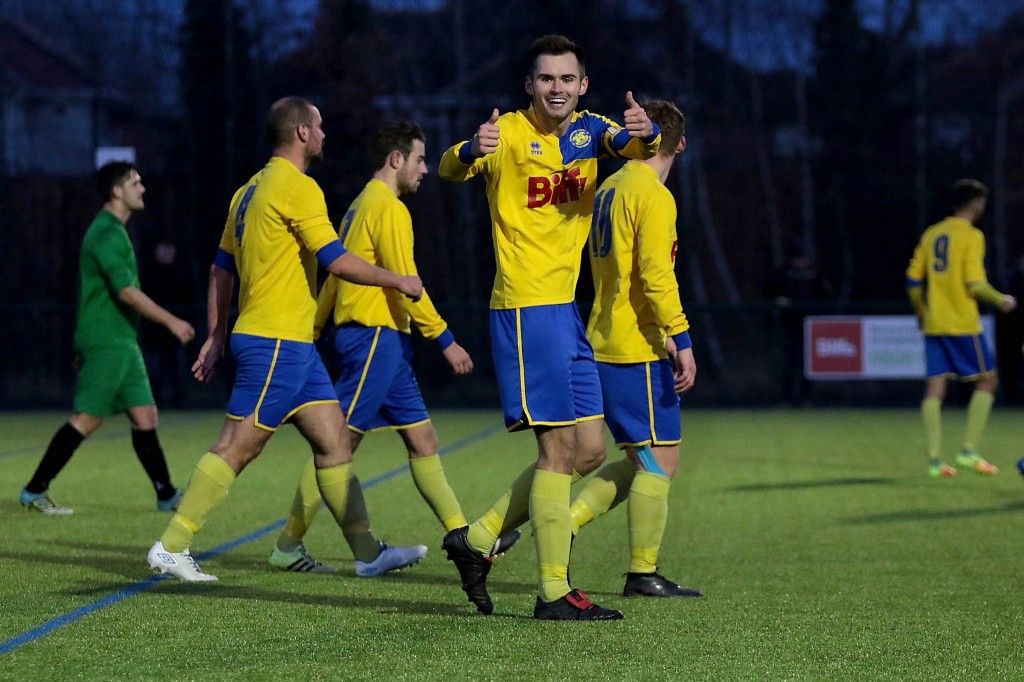 Nicholson has been part of the Stockton Town setup for a long time and he has seen the progress the club has made on and off the pitch. In that time the club has made enormous strides and he is enthused about the club’s prospects in the coming years.

“The club is on the up, everyone who knows Marty (and his “plans”) will know where he wants the club to go. I’m sure with the help of Michael, JD, Midge and the rest of club, it will keep progressing.

“It’s hard to say where we’ll be in five years time, it wasn’t too long ago we were in the Teesside League and now we sit top of second division of the Northern League. I don’t see why by 2022 we can’t be aiming to be a strong outfit at the top of first division.”

Looking ahead to the future, Nicholson remains unsure of where the club is heading but whether you’re asking Nicholson, his teammates or anyone else around the club, the general consensus seems to be, up.