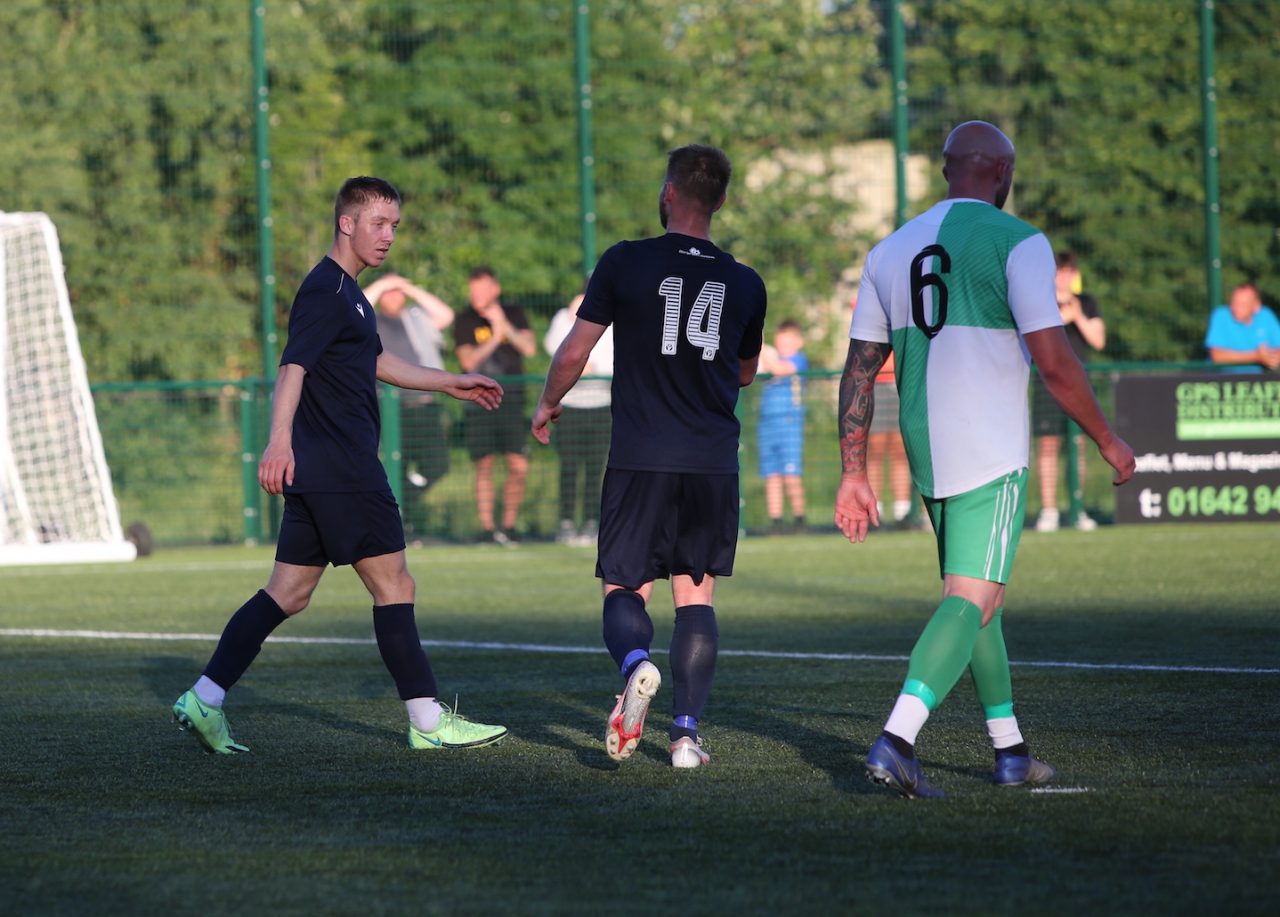 Kev Hayes fired home a first-half brace as Stockton Town continued their winning start to pre-season with a 5-1 win at home to Billingham Synthonia.

Shane Henry opened the scoring with just three minutes on the clock, while Ben Henderson scored an equaliser on the break in the 14th minutes.

Hayes scored his first two goals of the summer either side of Jonathan Franks’ delightful lob of the goalkeeper from 25-yards out.

Youngster Sam Conway scored his first senior goal with three minutes to play in the game to round off the performance.

The Anchors travel to Northern Premier League Premier Division side South Shields on Saturday, which will provide the team with a great test ahead of their first season at step four.

Manager Michael Dunwell made four changes to the side that made a winning start to pre-season against Guisborough Town, with Tom Portas, Peter Bulmer, Nathan Steel and Sam Conway all making their first appearances of the summer.

With just three minutes on the clock, the Anchors made the breakthrough. Henry made a great tackle a few yards into the opponents half, drove through the heart of the Synthonia defence and struck into the bottom corner.

Clark Kay’s wayward effort from 40-yards out failed to trouble Callum Roberts in the Stockton goal, and after a fairly even first 20 minutes, the home side settled and showed their quality.

The hosts looked to retake the lead, and after a quick counter-attack, which saw Franks intercept the ball on the edge of the area, Hayes picked up the loose ball and saw his shot tipped around the post.

It wasn’t long until the Anchors went back ahead in the game, as S.Conway’s cross from the left was tapped home by Hayes inside the six-yard box.

With momentum behind them, the hosts punished once more, just two minutes later. A through ball was played to Franks, who lobbed the approaching ‘keeper from 25-yards out.

Franks went close once more on 30 minutes before captain Adam Nicholson saw a head punched clear by the Synners ‘keeper. The pressure being applied by the Anchors took its toll once more, this time in the 36th minutes as Hayes produced a composed finish to make it 4-1 in the first-half.

Steel went close to making it five, but was denied by the ‘keeper, while at the other end, Roberts was called into action and saved a shot with his legs from close range.

Chances continued to come for the Anchors, Hayes and Franks both having a sight at goal before Nicholson went close with a header in the closing stages of the half.

Four changes were made at half-time by the hosts, as Dale Mulligan, Nathan Mulligan, Gary Mitchell and Alfie Conway – joining brother Sam – were introduced.

Roberts produced a great save to keep the scoreline as it was around the hour mark, but chances were few and far between for large parts of the second-half.

It wasn’t until the closing stages when the Anchors went close through S.Conway before the young forward bagged his first senior goal as he converted Mitchell’s cross at the back post.