Hayes and Owens on target as Anchors beat Bridlington Town 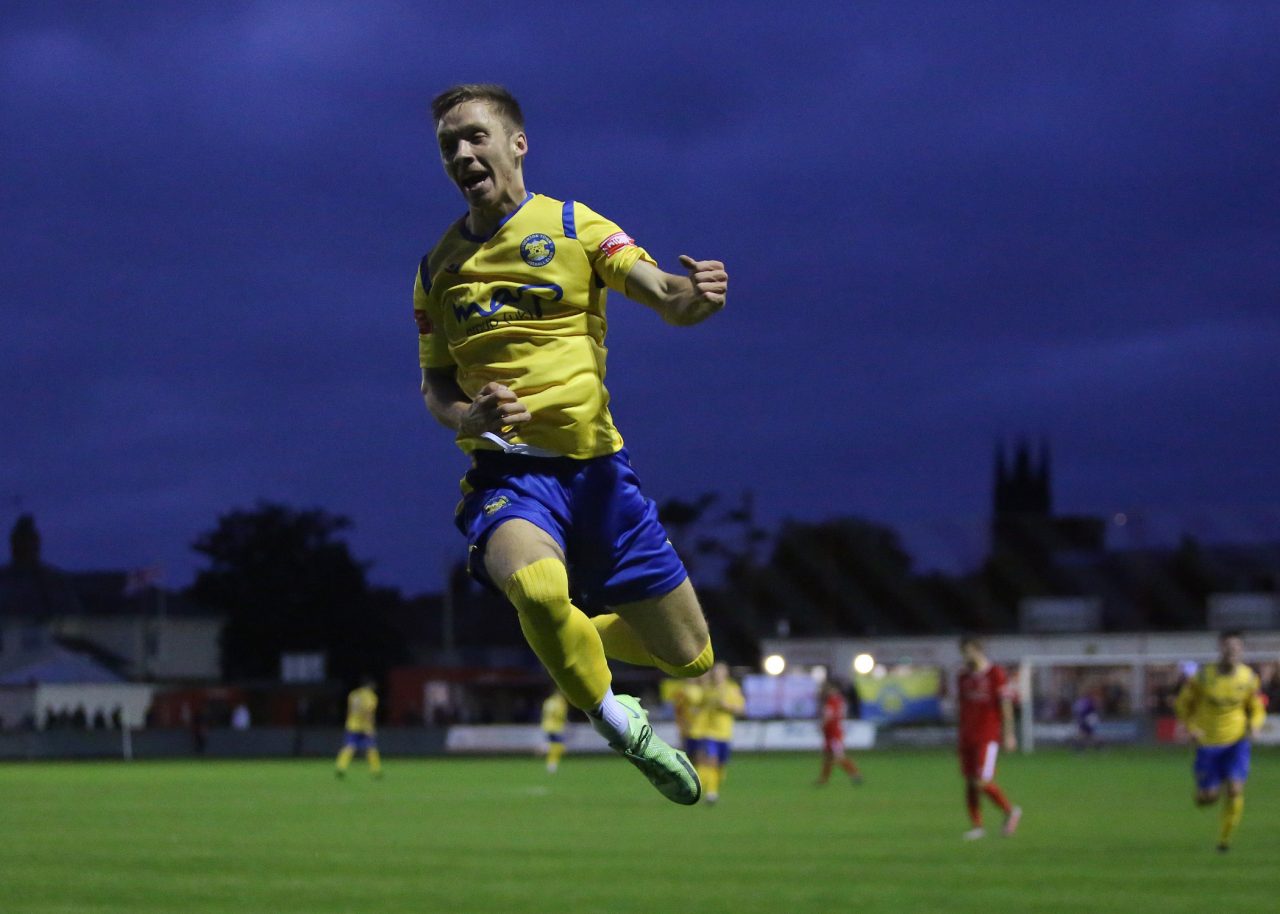 Kev Hayes and Jamie Owens were both on target as Stockton Town picked up their first three points on the road following a 3-1 win at Bridlington Town.

Will Annan’s deflected strike handed the hosts the lead before the Bridlington winger turned Hayes’ low cross into his own net just before the half-hour mark.

Hayes put the Anchors ahead before half-time with a stunning strike, while Owens scored his second goal in as many games, firing home in the second-half.

The Anchors remain unbeaten in the Northern Premier League East Division, with two wins and a draw so far, and welcome Worksop Town to The MAP Group UK Stadium on Saturday afternoon.

Manager Michael Dunwell made two changes to the side that beat Ossett United in the Emirates FA Cup on Saturday, with Louie Hall and Jordan Robinson replacing Adam Nicholson and Dan McWilliams respectively.

Within the first minute of the game, the visitors looked to get on the front foot and have a sight of goal early on – Jonathan Franks picked the ball up to the right of the box and fired off target.

It was a lively start to the game, as both sides looked threatening going forward during the opening stages, but the hosts took the lead on 12 minutes.

Across wasn’t dealt with in the penalty area and Annan, who was proving to be a real threat for Bridlington, gathered the ball, shifted onto his right foot and watched on as his effort deflected and nestled into the bottom corner.

The Seasiders continued to enjoy their spell on top in the game, with Billy Logan and Matthew Dixon both drawing saves from Callum Roberts in the Stockton goal.

The Anchors responded just before the half-hour mark when Hayes, who was picked out by Franks, drilled a cross straight across the face of goal and turned him by Annan.

Just two minutes later, the Anchors should’ve gone ahead when Franks’ cross to the back post was headed wide by an unmarked Robinson.

Hayes drew great save from the Bridlington ‘keeper, curling a free-kick around around the wall in the closing stages of the half, and Owens was also denied by Charles Dixon. His opposite number, C.Roberts, made an incredible save to keep the game level.

The Stockton ‘keeper reacted well from keeping out an effort from the resulting corner and pounced to pick out Hayes, who raced through on goal before firing into the roof of the net at the near post.

It was the hosts that come out after half-time on top, and after Tom Portas’ early effort in the second-half, it wasn’t long before the Anchors doubled their advantage in the game.

Mikey Roberts with a moment of brilliance to bring down a clipped pass and skip past a couple of defenders. A threaded pass released the advancing Owens, who fired past the ‘keeper.

Portas, who was a controlling figure in the midfield throughout, picked up the ball on the edge of his own area in the 66th-minute and drove forward before picking out the advancing run of Hayes.

The Stockton winger latched onto the through ball and, under pressure from the centre half, fired wide of the post.

The Anchors went close to extending their lead further on 78 minutes, when substitute Nathan Mulligan almost made an immediate impact when his corner was headed against the bar by Owens.

The pair linked up again, two minutes, later with Owens driving down the left before picking out N.Mulligan in the area, but the midfielder’s effort went wide.

Sixteen-year-old Alfie Conway was introduced into the game with 10 minutes to play, and certainly held his own, as did youngster Hall, who played the full 90 minutes.