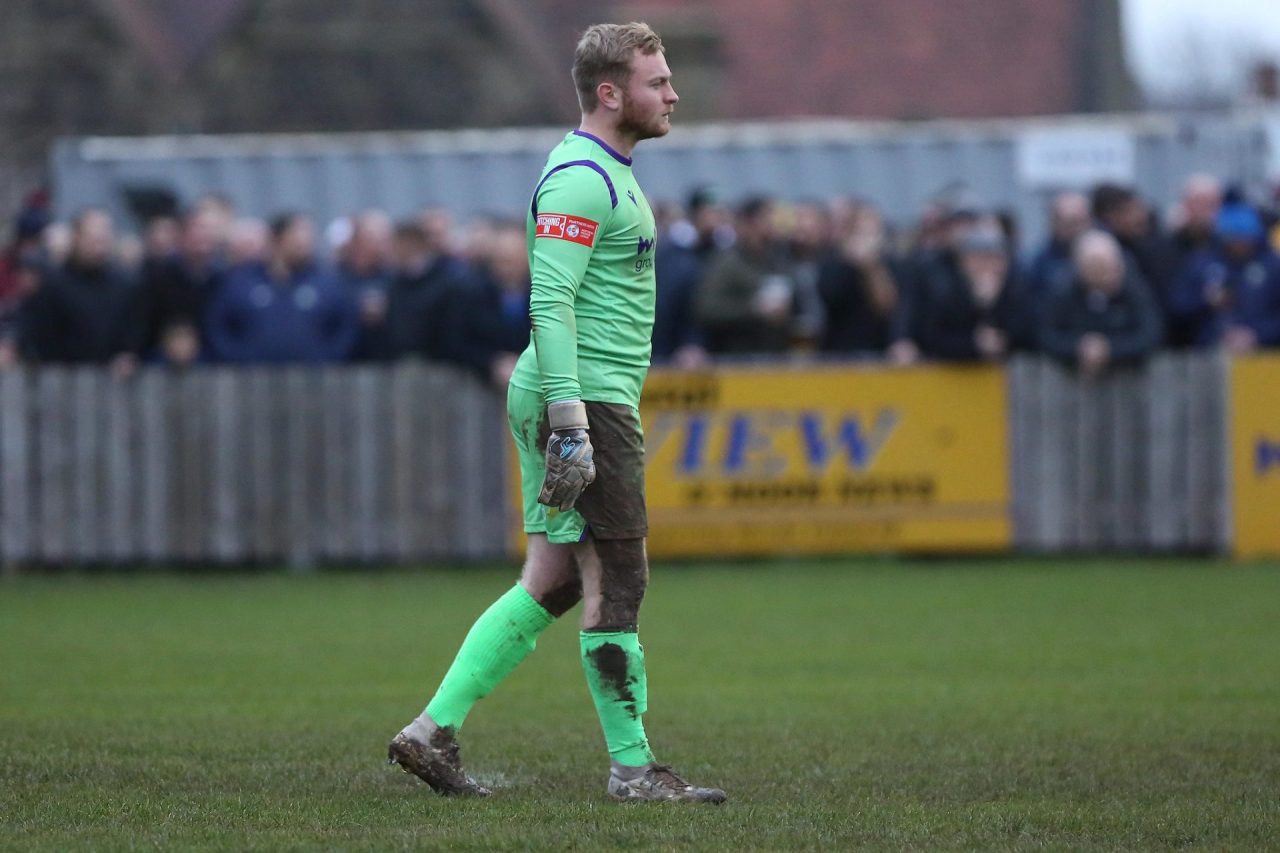 Callum Roberts has described the upcoming game with North East rivals Dunston as a “very big game” for Stockton Town.

The Anchors saw their 10-game winning run in the Northern Premier League East Division come to an end last Saturday after a 2-0 defeat at Pontefract Collieries.

Roberts admitted three big points are on the line for both teams with both teams looking to secure a place in the play-offs come the end April.

“It’s a very big game,” the Stockton goalkeeper said. “All of the North East ones are. In my experience, I haven’t played against them an awful lot, but we know a lot about them because we do our research.

“There’s bragging rights at stake, but more importantly, getting three points is a must for us, as is every game in this league.

“You never know what you’re going to get. You could win 3-0 one week and then lose the next. It’s a really up and down league, but I can’t fault the lads for how we’ve been.”

He continued: “This club is about building and looking forward, rather than backwards, and always trying to take the next step to progress as a club.”

Roberts, who is now into his third season with the Anchors, gave credit to Pontefract for their performance on Saturday, and said he never doubts anyones commitment and their want to win.

He added: “It was a disappointing to end the winning run. The boys always give their all and no one can ever doubt that, just sometimes on the day it doesn’t go your way.

“Whether that’s an off day for too many people or the conditions, you can’t win every game. You have to give credit to the other team.

“They stuck at it and we seem to be the team to beat at the moment after having that long winning streak.”

Stockton’s game at Dunston will kick-off at 3pm at the UTS Stadium, and supporters can still book their place on the coach by clicking here.