FRIDAY FEATURE: In Conversation With The Captain 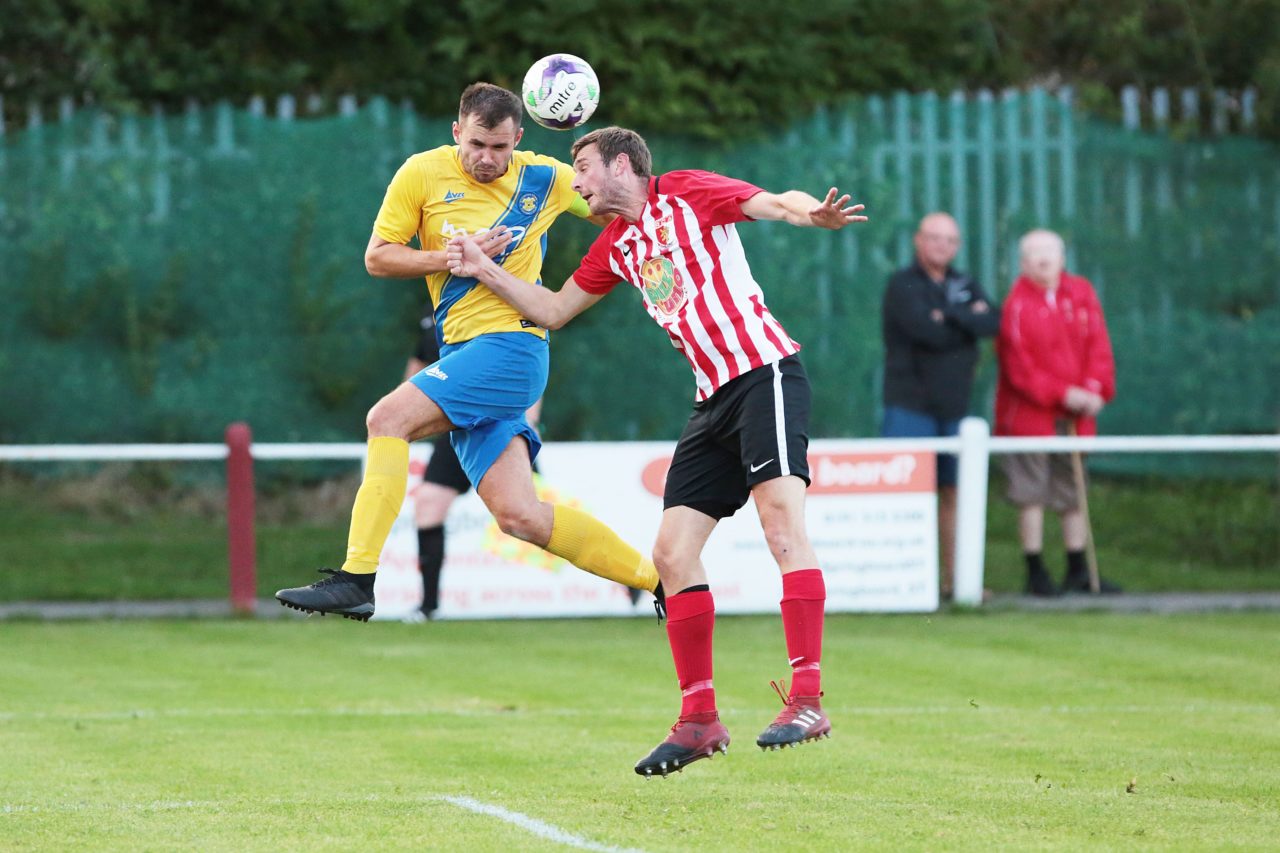 After achieving a sixth place finish and securing a trip to Wembley last term, you could argue it’d be difficult to pinpoint what would constitute progress for Stockton Town this season but their captain is clear on the matter. We sat down with Adam Nicholson for this week’s Friday Feature as he outlined how The Anchors take the belief they gained from the successes of last season to continue the club’s momentum.

“I think the key this season is to be more consistent,” Nicholson stated.

“I think the Vase journey gave us the belief that we can beat anyone across the country on our day. It’s just producing those performances consistently which should see us climb up the table.”

“Obviously, it’s well documented we lost the first nine games last season and then went on an amazing winning streak in the league and the Vase. This season, we are looking to build on what we achieved.”

Stockton couldn’t have endured a worse start to their life as a Northern League Division One club last season. It was a difficult time for a group of players who had grown accustomed to little else but success during their time together. That they stuck together and achieved what they did is testament to the character in Michael Dunwell’s squad.

It’s been a different story this time around. The Anchors prepare for their fifth game of the league season and are yet to taste defeat. Wins against Whitley Bay and Sunderland RCA have been complimented with respectable draws away to promotion hopefuls Hebburn Town and Shildon. Nicholson has been encouraged by what he has seen so far this season.

He said: “I think we have had a good start with two great wins and two draws away from home against sides who will be up there, come May. Considering the likes of Max, Fred, Sonni, Jordan and Tom missed most of pre season, I think you would say eight points from four games is a great start.

“I think it shows what we proved in spells last year, that we can compete with the top sides. You always look to improve on last season and we have started by beating Whitley Bay and drawing with Shildon. We lost home and away to both sides last year so that bodes well for coming season.”

Stockton’s strong start has been aided by a switch to playing with a back three. The change has proved to be an instant success and has allowed The Anchors to demonstrate the impressive depth they have in defence.

Nicholson, along with Tom Coulthard, Dale Mulligan, Alan Cossavella and, in recent games, James Risbrough have steered their side to having the best goals against record in the division so far this season. He was reluctant to heap all of the praise on his central defensive partners, though.

“For the formation to work everyone has to be at it, especially the wing backs and they have been tremendous,” he stated.

“It is early days and we haven’t had a full squad to choose from as yet but the formation seems to be working.

“We didn’t get chance to play it pre season but we set up with it at Shildon and it worked so we have stuck with it. I think it benefits us in both boxes.”

Nicholson’s praise for the wing backs falls largely on the shoulders of Pete Bulmer and Chris Stockton. Bulmer, a new signing from Marske, began the season in a more advanced role but has caught the eye at wing back in recent games. His ability to provide an outlet that can turn defence into attack has helped the system work and he was rewarded with his first goal for the club in the 3-0 victory at Sunderland RCA.

Nicholson has been impressed by what Bulmer and his fellow new recruits have brought to the table at the Coverall Stadium. He said: “It’s always good to have a couple of new faces to increase competition.

“Mikey Roberts and Pete have come in from Marske, who stormed the league last year. They are joined by Jordan Robinson, who has experience of playing at a higher level, most recently in Sweden, so their ability and confidence has had a positive impact on the squad.

“Jordan has been struggling with injury and hasn’t featured so far but Mikey and Pete are getting better with every game.”

Bulmer has had the unenviable task of trying to replace Kevin Hayes on Stockton’s right wing but has taken to the task well. Hayes earned plaudits across the region for his ability and trickery in recent seasons and was rewarded with a move to Spennymoor Town.

The young starlet was a product of Stockton’s lauded youth setup and the makeup of the current Stockton Town squad demonstrates the very ethos on which the club is built. From top to bottom, Stockton Town is looking to develop a pathway through the club and beyond and Hayes’ switch to the National League North embodies this for the club captain. Nicholson stated: “I think it shows that there is a great chance for progression from the youth setup into the first team and beyond. If you are good enough, you are old enough and will get your chance.

“I’m delighted for Kev, he lives and breathes football and he’s got a move to a good club where I think he will fit in well. He’s got to be patient and wait for his chance but I’m sure with his attitude and ability he will take it with both hands.

“The biggest thing to note is that he hasn’t got above himself and jumped at the first hurdle at 17. He stuck in and established himself in mens football, worked on his game and has got himself a move to the National League North.”

As new faces come in and others depart, Nicholson’s leadership and presence at the back remain a welcome constant for Stockton. After missing part of the campaign through injury last season, he is relieved to be back and contributing at a high level. “Personally, i am glad to back to full fitness and starting games regularly following my injury last season.

“There was a point I wasn’t sure if I’d get back to the level I wanted but I have worked hard over the summer and hopefully it will pay off this season.”

Pay off it looks to have done, Nicholson has looked dominant in his performances in the league’s premier defence so far this season. A presence in both boxes, Nicholson will be a miss as he sits out The Anchors’ trip to North Shields on Saturday but the season is long and the captain is rightfully excited to see what his side can achieve this season.