FRIDAY FEATURE: “I’m A Wind-Up And I’m Loud But I Back It Up” – In Conversation With James Risbrough 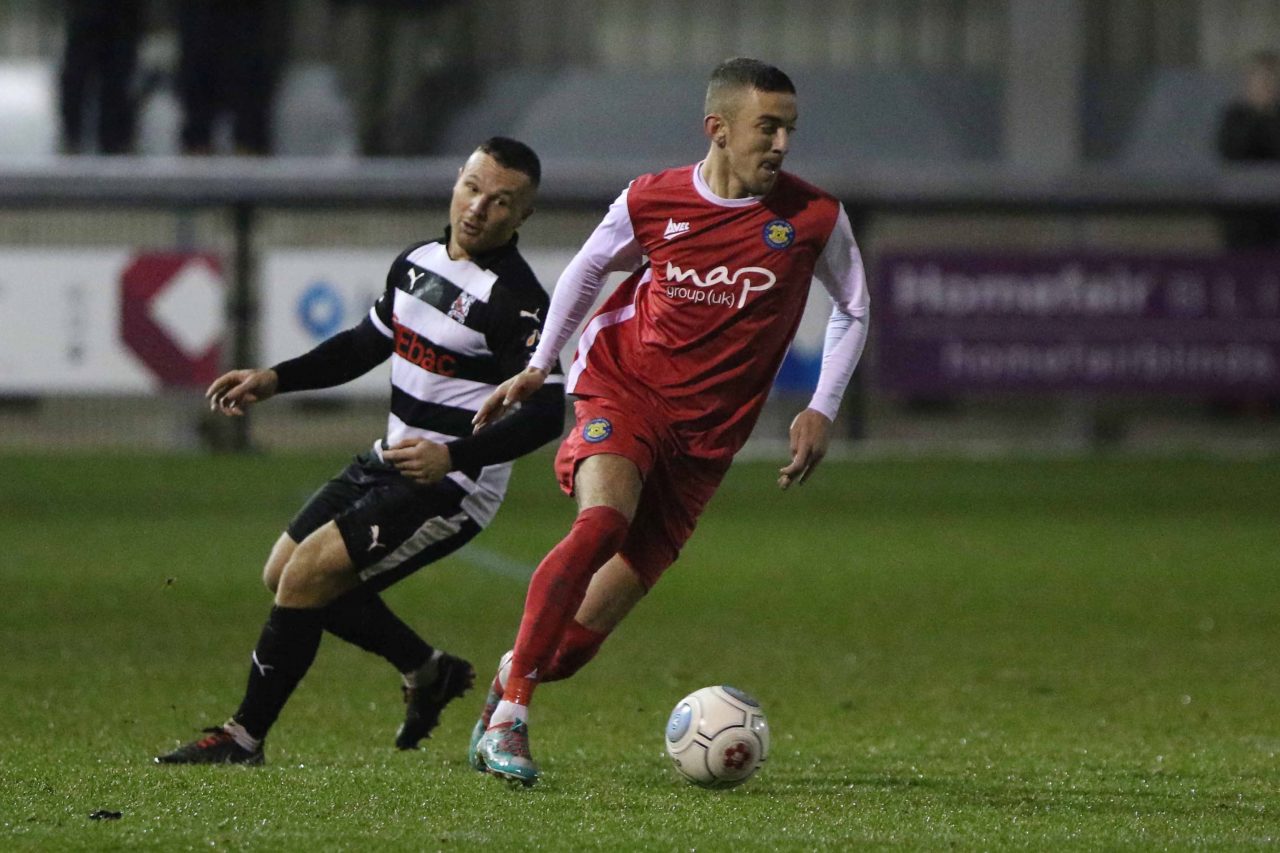 A mercurial, unpredictable and at times talismanic presence within the Anchors squad, James Risbrough has turned in several eye-catching performances since his return to the club. Now as the season approaches its halfway point, the charismatic full-back, known affectionately as “Munch,” sat down with Daniel List to discuss the season to date and his future goals for himself and the club.

In a rare interview with the website, he makes no apologies for being loud or a wind-up merchant and states that he hopes, more often than not, his work with the ball backs up the effervescent characteristics that we have come to appreciate.

Risbrough arrived back with the Anchors mid-way through last season, a season which needs little recapping in the hearts and mind of Stockton fans, and it is a campaign which he believes will live long in the memory for him too. “I’ll always remember playing at bloody Wembley!” he recalls with typical Risbrough enthusiasm.

“It was a dream come true playing there for my home town club and the perfect return for me in my half-season back at Stockton.

“The success of the Vase run last year makes it even harder for us this season because for every team we play against, it’s like a cup final for them.” 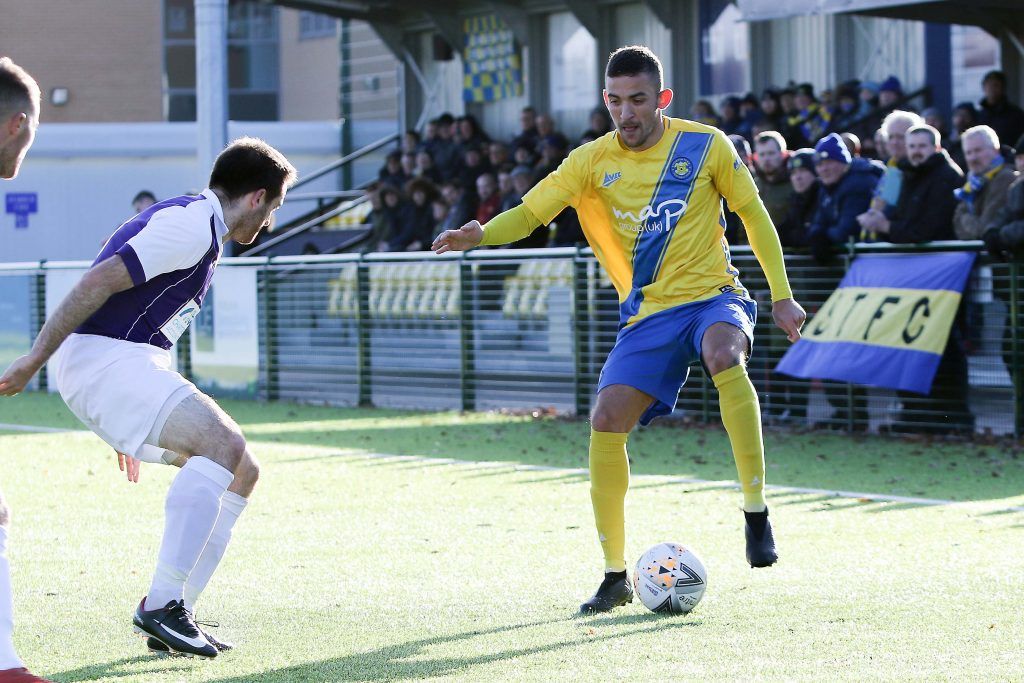 Risbrough is still only 25 but has already amassed some of the region’s premier non-league clubs among his former outposts as well as experience playing in Sweden. Despite being back in the Northern League, he still harbours ambitions to push on to a higher level. “Of course I want to play as high as I can but hopefully I can do that here. Why can’t we get a good run going and sneak into the top two?

“I think we need to try mould the club into a Spennymoor (one of Risbrough’s former teams) style club. Yes they have the cash but we have to look up to them and try to strive to be as successful as they have been in the last few years especially.

“Personally, I’ve had mixed times playing higher and have never really had a chance playing left back, which is where I think I’m more effective both going forward and defending. Plus, I don’t do heading.” 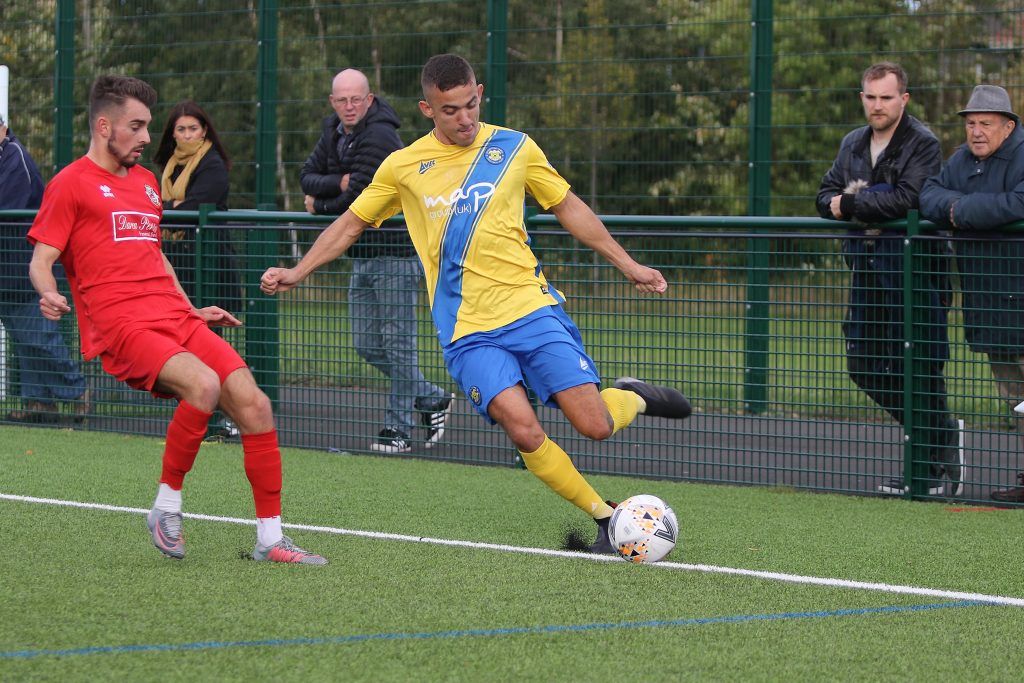 Risbrough’s pace and subsequent attacking threat from the left back position is well documented but early season selection headaches saw him given the opportunity to catch the eye in a range of different positions. Playing in the heart of a makeshift defence, he turned heads and demonstrated a versatility that will undoubtedly be a factor in Michael Dunwell’s plans for the squad moving forward. “Left back is where I prefer playing as long as I have freedom to get up the pitch,” he states.

“I think, personally, last year I was inconsistent so I knew I had to tighten up for pre-season and give it everything. This year, I think I’ve been much more consistent week in and week out.

“I’ve also enjoyed playing as the sweeper in the back three and it’s where I was playing for Stockton in the Wearside League. As long as I’m starting, I’ll play anywhere but left back is where I feel like I’m best.”

Times have moved on significantly since Risbrough was sweeping in the Wearside League. Having a consistent presence at the top end of the Northern League table over the past twelve months, developing enviable facilities around the club and the magical journey to Wembley are all factors which have understandably whet fans’ appetites with hopes of pushing further up the football pyramid. Risbrough, ever-ambitious, says it’s a view shared by the squad. “I don’t think there’s a lot to change to be challenging for the league title.

“I think on paper we have a very strong squad. As a team we play some great football and everyone gives one hundred percent but we can also make games hard for ourselves.

“We need to be better as a team in managing games and doing the basics. Dunston are exactly that. They’re flying in the league but I honestly don’t think many of their players would start for us. They just do their jobs well as a team and it’s clearly working.”

Risbrough is the sort of player that puts a smile on many faces. A perennially fierce competitor, it wouldn’t be unfair to suggest that his mouth can move as fast as his legs on occasions. “I’m never going to change,” he states with an element of mischief that you know suggests he has no intention of doing anything of the sort.

“I’m loud, daft and sometimes go on and on but I love Stockton. I’ve been quite lucky because since I’ve been playing men’s football, I have always played for teams that finish high in the league. At Spennymoor, I used to get shouted at for all sorts of wrong decisions but it’s made me who I am.

“Am I going to change? Definitely not. I’m loud, I know how to wind people up but I think I back it up with the ball more times than not. In my head, I’m the best ref out there so when I think they’ve got a decision wrong, as you all know, I tell them.”

After an enticing final home game before Christmas against Shildon, Risbrough will be preparing to take on one of his former clubs, Guisborough Town, on Boxing Day. He spent a year at the KGV under the tutelage of Chris Hardy but won’t be gift wrapping any points at the Coverall Stadium.

He encourages fans to get out and support their local team over Christmas and offers the following Christmas message from Munch: “I hope you all have a wonderful day with loved ones and I will hopefully see you all on Boxing Day. Merry Christmas!

“Also, if anyone has any WD40 they could spare Jordan Robinson this Christmas then he could do with it. Stiffest 27 year old in world football.”