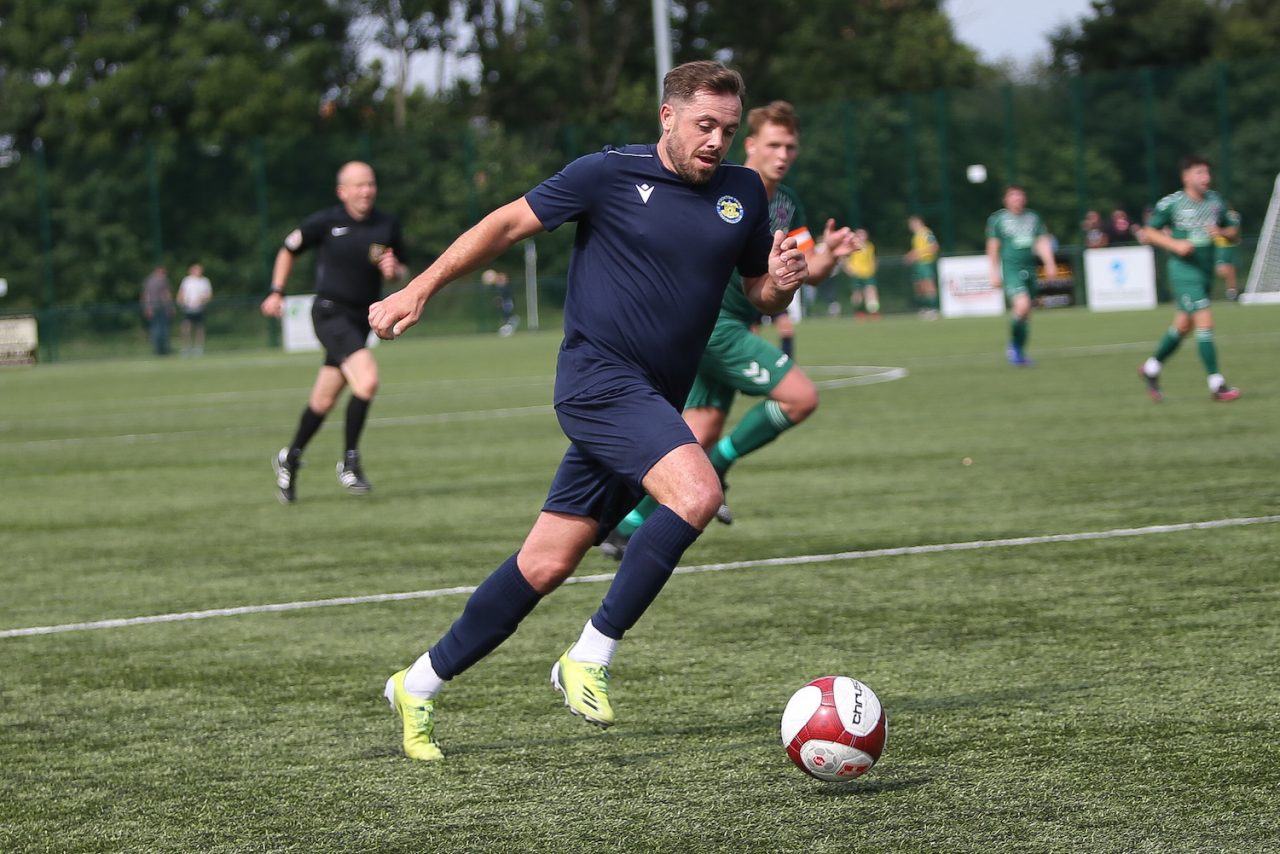 Midfielder Nathan Mulligan is confident Stockton Town can thrive in their first season in the Northern Premier League East Division.

The Anchors head into the division on the back of a well deserved promotion after two dominant seasons in the Northern League. In 2019-20, they were top of the league and massive 13 points ahead of second-place Shildon. Last season they were second after 12 games and were on course to finish in the top three.

In 42 games, the Anchors picked up 32 wins and lost just twice and their form at The Map Group UK Stadium has been hugely impressive. The last time Michael Dunwell’s side lost a league game at the stadium was back in 2019 when they went down 2-0 to title-winners Dunston UTS – a team they will be reunited with this season.

Much of the team can boast playing at a higher level with the likes of Tom Portas and Shane Henry sharing a wealth of experience in the National League North with Darlington and Spennymoor Town respectively.

Winger Jonathan Franks has even tasted football at the very highest level with a Premier League appearance back in 2009 for Middlesbrough against West Ham United.

Mulligan said: “Everybody in our squad has played at a higher level, so no-one will be out of their depth.

“We are that level. so we just have to put that into practice and hopefully get off to a really good start. We’ve got a few tough games with the likes of Hebburn and Shildon in the first few games.

“Hopefully we can get points on the board and kick on from there.”

Entering a new league is nothing new to Stockton. The hope will be the Anchors can replicate the success they found in joining the Northern League when they won the Second Division title at the first time of asking.

The Northern Premier League provides a new obstacle for the club. There are a number of highly competitive teams in the division which have become accustomed to success.

Fellow North East clubs Hebburn Town and Shildon, along with Bridlington Town, Liversedge and Yorkshire Amateur will all be vying to impress in their debut campaign at step 4.

There are also clubs that have gained valuable nous at this level such as Teesside rivals Marske United and former FA Vase and Northern League Division One champions Dunston.

In addition to the higher quality of opponents, the added travel also provides a new test. It will be uncharted territory as the club plays its first game outside of the North of England in the league.

Mulligan is aware of the challenges the league poses, he said: “It’s a different sort of league (to the Northern League),” Mulligan added. “It is a bit more physical. I was at Whitby for a fair few years so I know that sort of level.

“The teams in that league will work hard and be strong. I’d say they were stronger and more athletic than the Northern League teams.

“There will be some really good players and obviously the higher you go up the players get stronger, fitter, faster and stronger.

“It will be tough but we’re more than capable of competing in that league. If we’re not in the top four come the end of the season I feel this would be a disappointing season.”

The Anchors have two pre-season games before their campaign kicks off. On Wednesday evening, they host Percy Main Amateurs before a trip to National League North side Blyth Spartans.

Mulligan, who is entering his fifth season with the club, is looking to head into the season on a high. The 34-year-old enjoyed a fruitful pre-season last year when he bagged goals in wins over Whitby Town and South Shields.

He followed up that form into the season and scored eight goals in 16 appearances. That had put him two goals off equalling his best ever season in front of goal since his arrival in 2017.

“In the last two games I am looking to get as many minutes in the bank as possible. I want to play as well as I can and get as many goals as I can,” Mulligan said.

“I think we’ve only played four games and I’ve scored one goal. Last season, in the first three games, I’d scored about four, so on a personal level I want to start scoring more goals.”

“Hopefully the last two games I can get some minutes under my belt and some goals.”