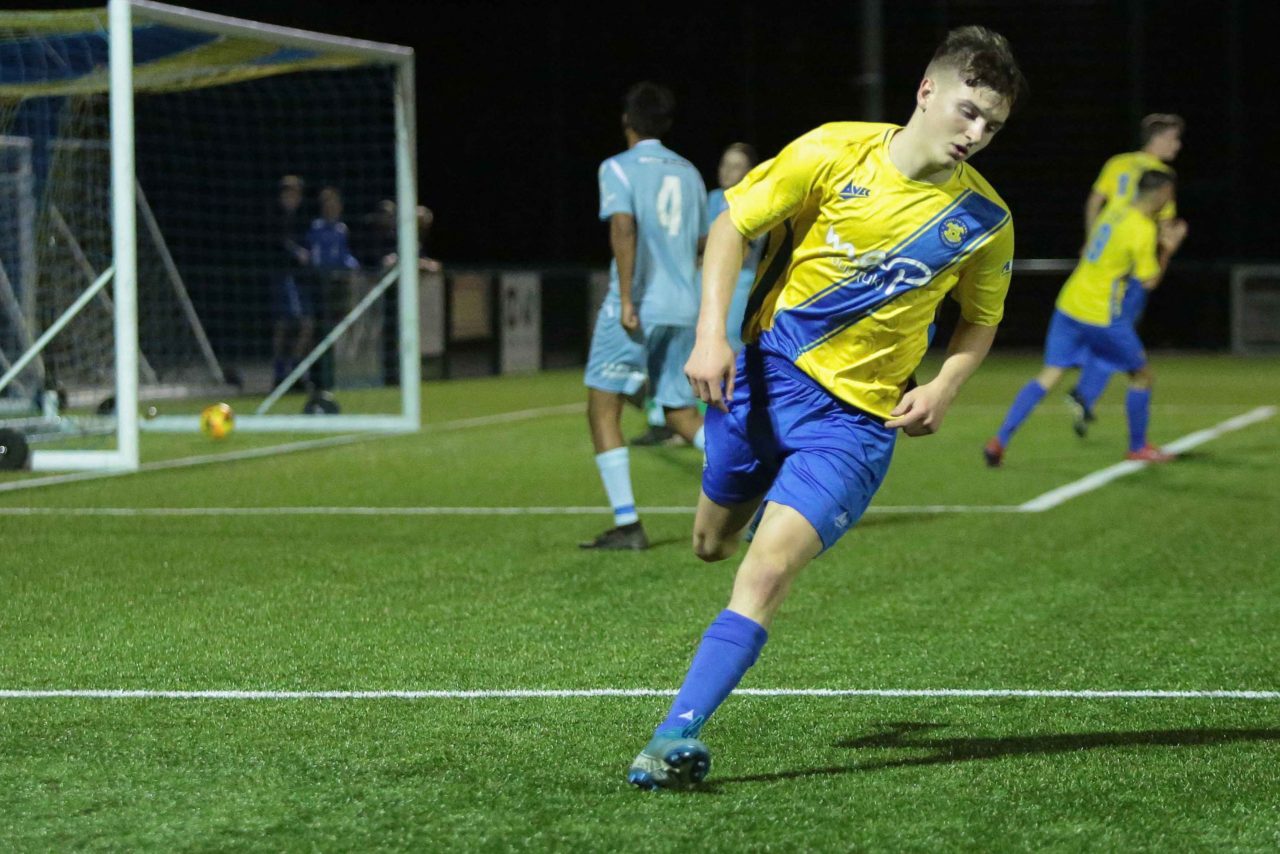 It was the first game under new coach Liam Cox who took over the under-18s set-up during the summer.

They started brightly with midfielder Keelan Wright testing City goalkeeper Thomas Taylor with two efforts from outside the area- the goalkeeper found both difficult to hold.

Good play saw Harry Donachie go close for Stockton as he rifled the bar before Gary Mitchell lobbed the ball over.

Carlisle City showed they were in the game early on and had their first chance when Jack Hetherington lofted a ball just over the bar from range.

The opener evaded the Anchors again when Taylor saved well after Luke Scott had picked out Conway with a low cross.

Then Wright was among it again as he fired an effort just wide.

Just after the half hour mark, the home side had the lead when Conway was released and he finished calmly past the on-rushing Taylor.

Immediately, they were caught napping and Jack McCally was forced into good save from Cameron Woolerton who met the ball on the half-volley after he was played in behind.

Conway then struck again in fantastic style as he pick-pocketed full-back Daniel Carcu before he unleashed an unstoppable shot into the top corner.

Striker Mitchell was unlucky not to get himself on the scoresheet in the second half. First, he forced Taylor into an impressive save when he was played and tried to rifle an effort into the bottom corner.

Then he failed to make a telling connection on a cross from Wright.

Carlisle City hopes of getting back into the game were dashed when substitute James Donnison sent a free header wide at the back post.

Stockton added a third when Conway was given the freedom to head home at the back post. Albeit it was deflected but he was still claiming it.

They capped off the night with a fourth when substitute Alfie Croft’s low ball was turned in by ‘man of the moment’ Conway.

The under-18s FA Youth Cup campaign continues when they host Gateshead in the First Qualifying Round.