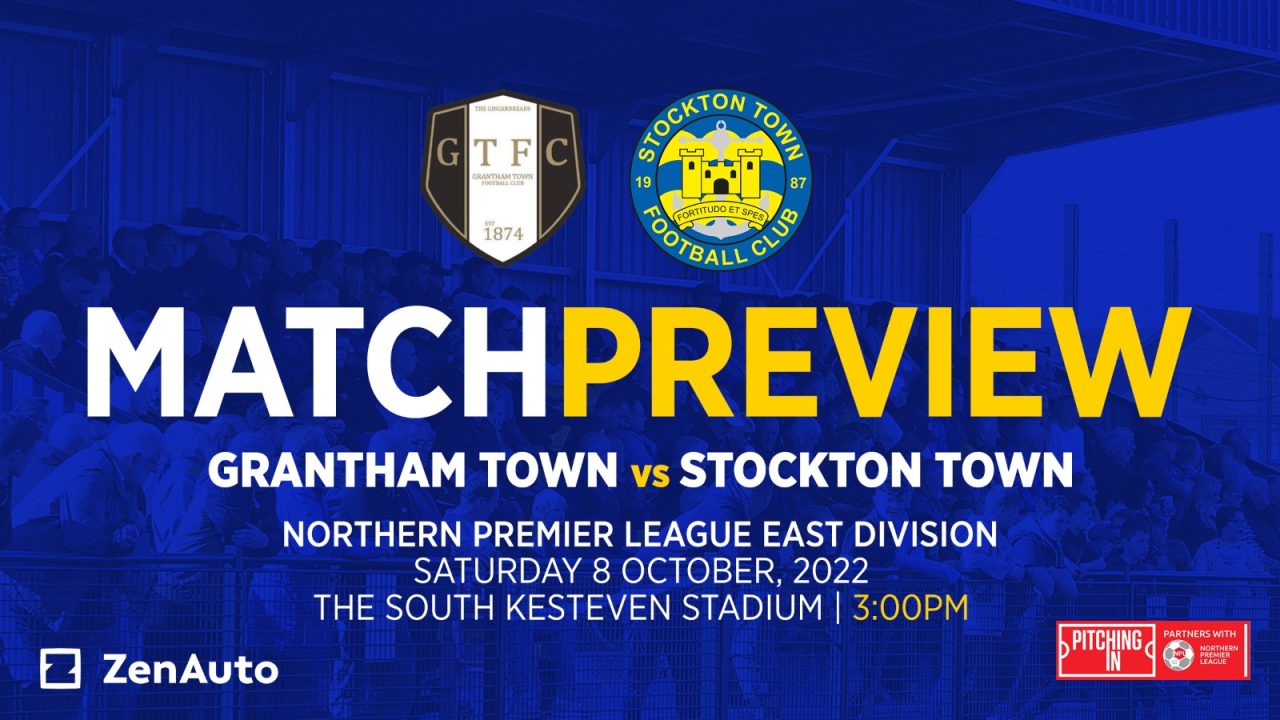 Stockton Town make their first ever trip to Grantham Town aiming for their ninth league win in a row.

Last week the Anchors scored a stoppage time winner to extend their winning run to eight games with a 2-1 victory at Lincoln United.

Nathan Mulligan’s gave Stockton the lead before they were pegged back by Jake Park’s leveller.

They managed to snatch the three points through Adam Nicholson’s late winner.

Although it was not the most convincing performance from Stockton. Their resilience was on display for not the first time this season.

The result coupled with 2nd place Hebburn Town’s draw at home to Grantham Town mean the Anchors hold a three point gap over the Hornets with two games in hand.

The game is a huge affair for Grantham Town who are returning home for the first time since August after ravenous crows dug up their pitch and left it to ruin.

The Gingerbreads set up for a GoFundMe page which received 110 donations equalling up to £9,250 in just two days.

That run away from their home ground has affected their form and they are without a win since August 23rd when they beat Lincoln United in the FA Cup.

In the league they have made a difficult start since their relegation from the Northern Premier League Premier Division and are currently 15th.

Their last win came on the opening day when they ran out 3-1 winners over Shildon.

Grantham have a couple of recognisable faces in two former Football League players. Former Crewe and Notts County Defender Matt Tootle. Then more notably striker Nathan Tyson who is best known for his time at the two East Midlands clubs in Nottingham Forest and Derby County.

“We have just got to take each game at the time and not look too far ahead. We have had a really good start and it is now down to the other teams to catch us up.

“We just need to keep the pressure on by winning these games that’s all we can do.”

Dunwell added: “Hopefully we have two or three back for Grantham which we are looking forward to because we have never played them before.

“They have a got a new surface so it should be nice to get down and play.”