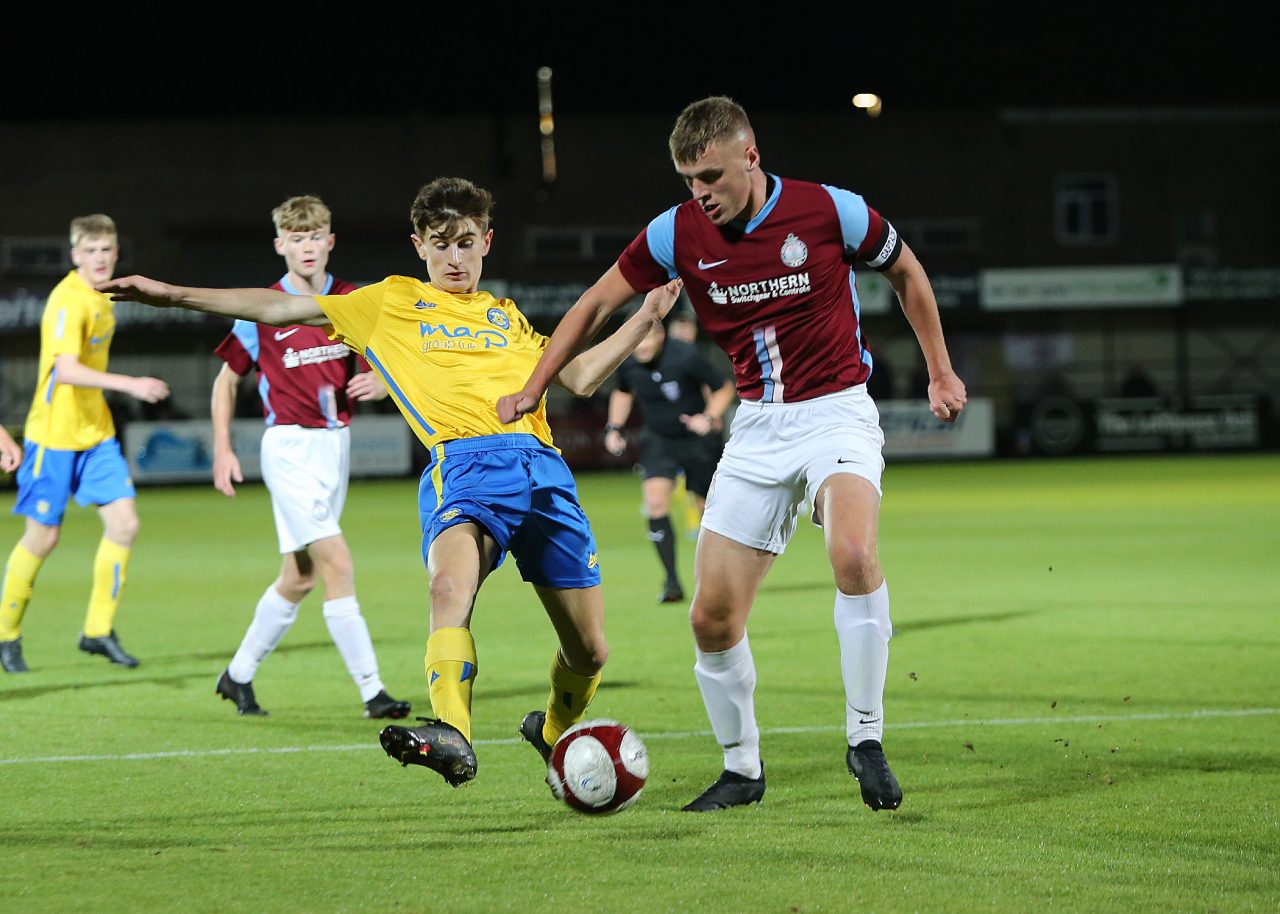 Stockton Town U18 manager Liam Cox admitted he is “immensely proud” of his side as they bowed out of the FA Youth Cup following a 4-3 defeat away to South Shields.

The Young Anchors twice come from behind in front of a crowd of 360 at the 1st Cloud Arena and tested their full-time opponents throughout the 90 minutes.

Cox praised his sides performance and run in the competition, and said it is something that “means a lot” to the whole club.

He said: “The fact that we’ve gone the furthest we’ve ever gone in the FA Youth Cup, as a football club, is something we’re immensely proud of.

“The lads probably don’t understand how much that means to the club, and they won’t for a while, but the fact we’ve got to this stage and competed against a team like that, at their level, fills us with pride.

“It shows what we’ve got ahead with this team, because we’ve got a young Under-18 team.”

The Young Anchors come from two goals down at half-time to level the game at 2-2 just 10 minutes into the second-half through Jack Williams and Jos Storr.

South Shields went back ahead, but a penalty from Storr late on set up a grandstand finish on South Tyneside.

There was time for one more twist in the game, and it come just two minutes after the Stockton equaliser when Dan Waldon steered him at the back post.

Cox said he can’t fault the effort or commitment of his side, and said they showed great character to come from behind against a full-time academy.

“You can’t question anything the lads done tonight,” he added. “At half-time, we were 2-0 down against a side like South Shields, in front of a big crowd, which the lads weren’t used to.

“We could’ve folded and you couldn’t have faulted the lads if they did, but we come back, won the second-half 3-2 and turned in that performance shows what character we have.”

Cox went on to talk about the prospect of his young side, and the potential they have as a lot of players are at the beginning of their journey with the Under-18 side.

He said: “It just shows what scope is there for the lads, and the potential they have got moving forward. We’ve gone up against a full-time program and battled hard.

“We’ve shown our class, our heart and everything we want to see in a young football side.

“This is a two-year project for a lot of them and it’s exciting what could happen with this group.”