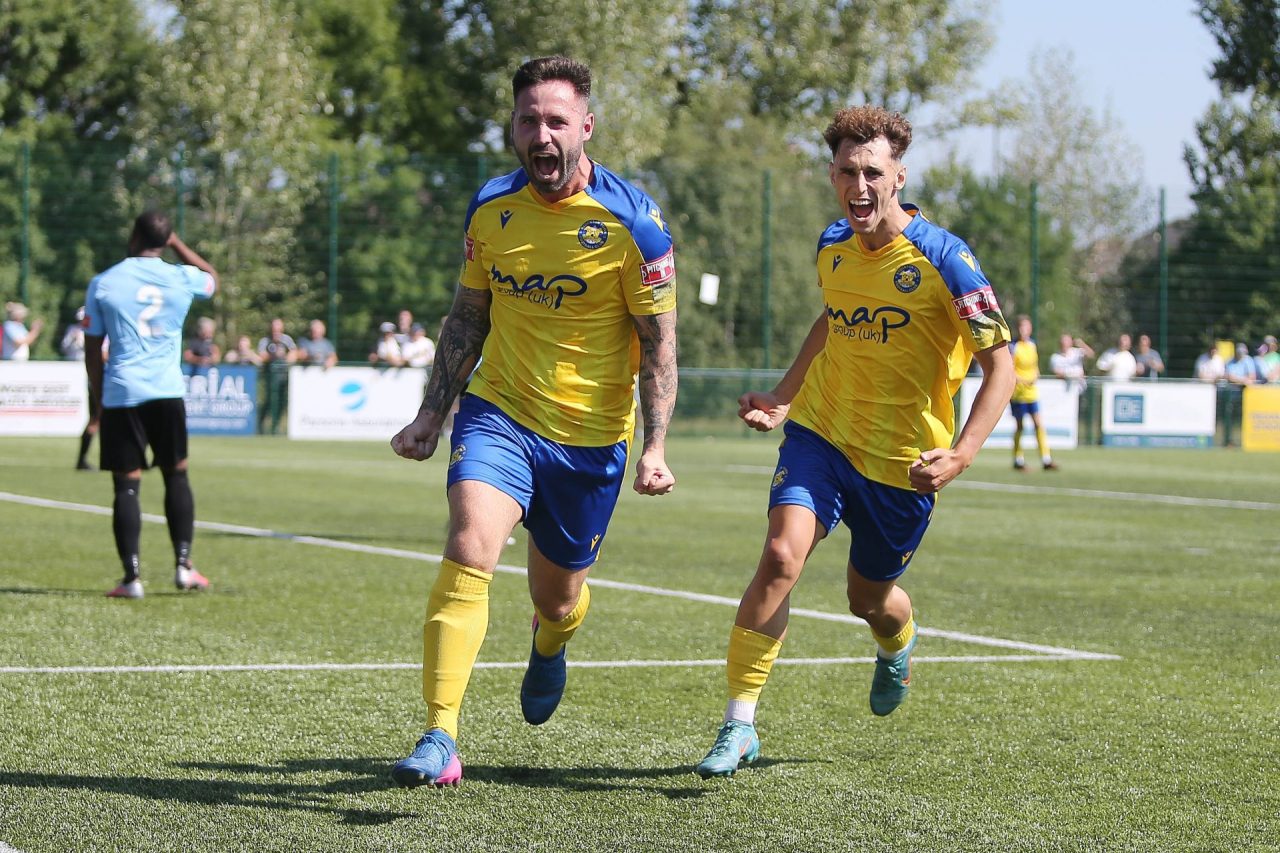 Nathan Mulligan’s first-half strike turned out to be the difference as Stockton Town edged out Worksop Town on the opening day of the 2022/23 season.

It was the hosts that took the lead, against the run of play, on 12 minutes as Matty Tymon headed home Stephen Thompson’s cross.

The Anchors doubled their lead just before half-time when Mulligan found the top corner with an exquisite free-kick.

James Hanson pulled a goal back for Worksop seven minutes into the second-half, and despite a missed penalty from Mulligan, the hosts saw the game through for the three points in front of a crowd of 1,014.

Manager Michael Dunwell handed debuts to both Tymon and Thompson – summer signings from Marske United and Spennymoor Town respectively – for the season-opener.

It was the Tigers that started the game on the front foot, with Terry Hawkridge and Jay Rollins going close within the first seven minutes.

The visitors were denied once again by Callum Roberts, and the hosts pounced and caught their opponents with a lighting-quick counter attack.

The ball broke down the right side of the box for Thompson, who held up a cross to the back post and Tymon headed home powerfully to break the deadlock.

Summer signing Cameron Painter was brought on after 20 minutes following a knock to Tom Portas, while Kev Hayes tested Seb Malkowski soon after.

Worksop continued to look lively going forward, and were awarded a free-kick on the edge of the area, towards the back end of the first-half.

Former Lincoln City midfielder Terry Hawkridge struck a fierce effort at goal, which was deflected inches over the crossbar.

The Anchors found themselves with an opportunity on the stroke of half-time. N.Mulligan struck a free-kick over the wall, and into the top corner past the helpless ‘keeper – doubling Stockton’s lead.

Aleksandrs Starcenko was denied by C.Roberts at the start of the second-half before Hanson powered home a header to pull a goal back for the Tigers.

Under a minute later, Kev Hayes was brought down in the penalty area, however, Mulligan’s spot-kick was saved well by Malkowski.

C.Roberts made a great save to keep out Jay Rollins before Lewis King put his body on the line to block Luke Hall’s effort moments later.

Substitute Elliott Beddow made an impact after being introduced for Tymon, and went close on 77 minutes – firing across goal and inches wide.

There was time for one more chance in additional time, but yet again, C.Roberts was on hand to keep out Hanson with a good low stop.