Anchors produce strong second half performance to win at Brighouse 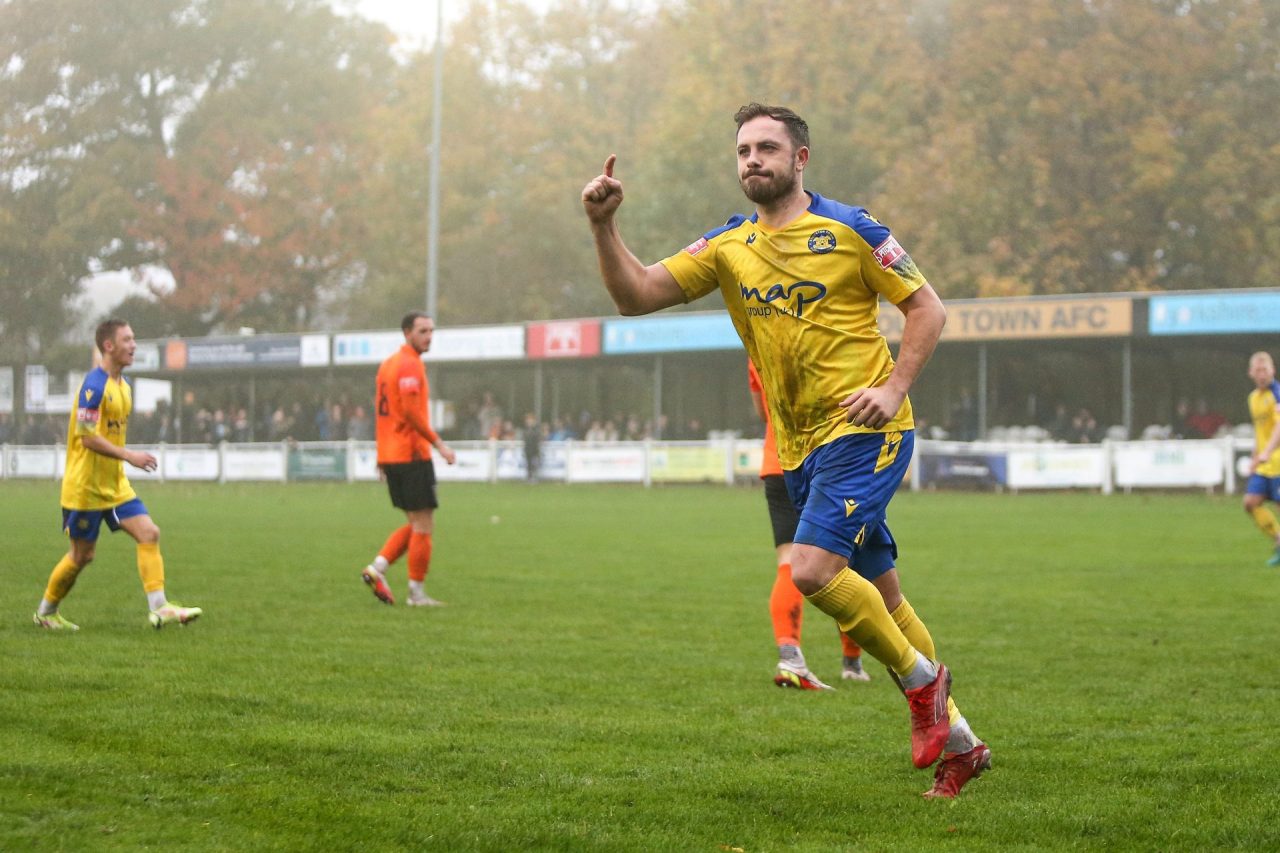 Stockton Town moved four points clear at the top of the Northern Premier League East Division after a 2-0 win at Brighouse Town.

Stockton came into the game following a 4-0 bounce back win over Bridlington Town last Saturday.

Michael Dunwell named an unchanged side with new signing Glen Butterworth named among the substitutes.

Stockton had the game’s first effort when Kevin Hayes cut in from the left before he fired a shot over the bar.

The Anchors were given a free-kick just outside the area which N.Mulligan clipped in, but Elliott Beddow was unable to make a meaningful connection at the back post.

Shortly before the quarter mark, Brighouse almost had the lead when a header from a corner was goal bound but Lewis King was able to clear off the line.

Stockton came back with a chance as Elliott Beddow struck a volley wide.

Nine minutes later, Callum Roberts had to be alert to deny Elliott Harrison who was played through one-on-one.

With ten minutes remaining in the half, it was the turn of Brighouse goalkeeper Michael Roxburgh to produce. He did wonderfully to tip over from Mikey Roberts’ rocket on goal.

Stockton should have had the lead when Beddow got down the wing before he fizzed in a ball across the box that was narrowly missed by both M.Roberts and Thompson.

Shortly after half-time, Stockton had the opportunity to take the lead when they were awarded penalty after King was felled in the area. N.Mulligan stepped up, and despite the goalkeeper going the right way, it was more than enough to beat him.

On the hour mark, Beddow had a great opportunity to increase Stockton’s lead, but his effort was straight at the goalkeeper after he was played through.

Anchors fans were given their first chance to see Glen Butterworth in a Stockton Town shirt when he came on to make his debut.

The Anchors almost doubled their lead when Beddow managed to get a shot away which Roxburgh did excellently to palm onto the post. Brighouse pushed towards the end for an equaliser, but Stockton eventually got their clincher. Tymon was able to profit on sleepy defending from Brighouse with a low shot that found the corner.

Stockton Town return to the MAP Group UK Stadium next Saturday when they face Carlton Town.