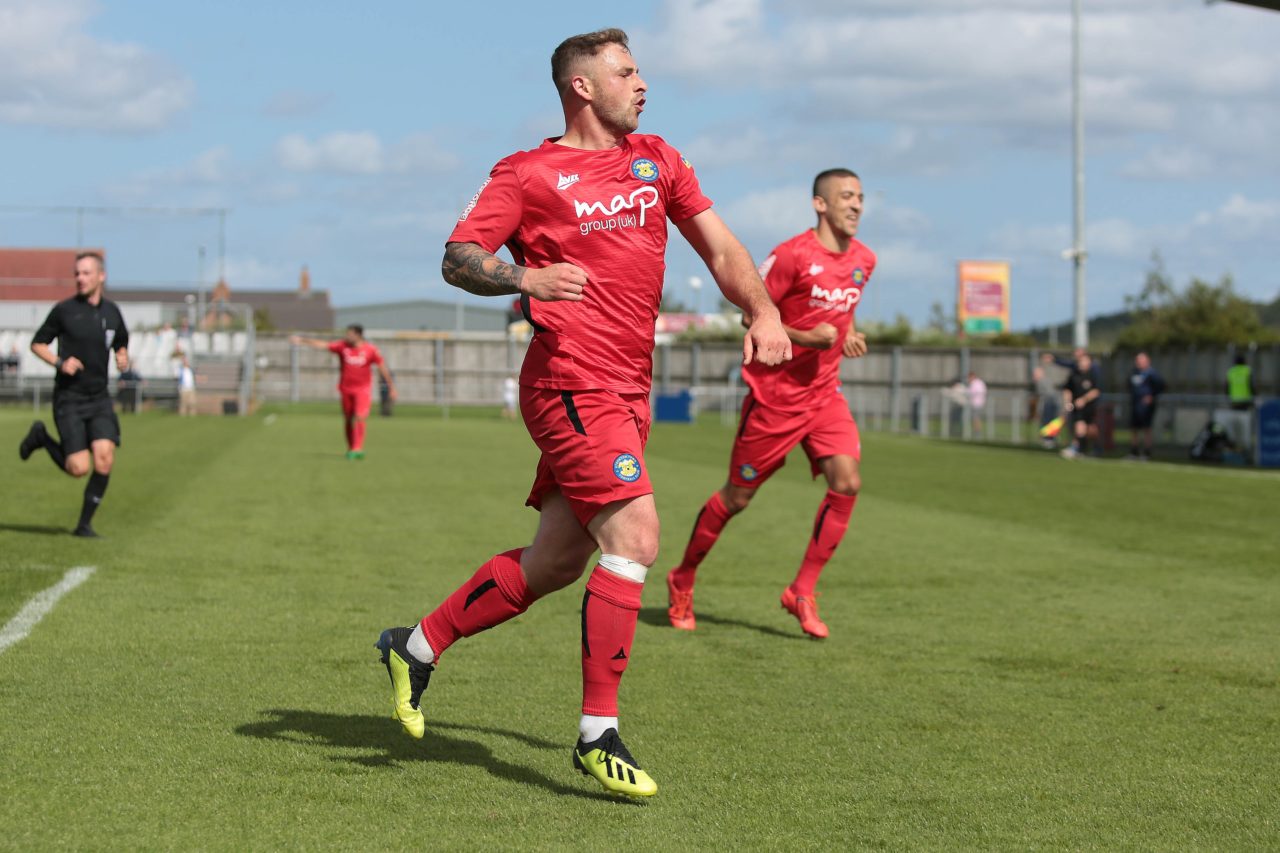 Stockton Town maintained their unbeaten start to the season and made it two away wins from two in the league with a solid 2-1 win away to Bishop Auckland.

Goals from Fred Woodhouse and James Risbrough gave the Anchors the win at Heritage Park in a contest where they had enough of the play to put the game beyond their hosts. Despite this, a penalty from the prolific Andrew Johnson did ignite some brief second half hope for the home side but Stockton saw the game out to take all three points back to Teesside. 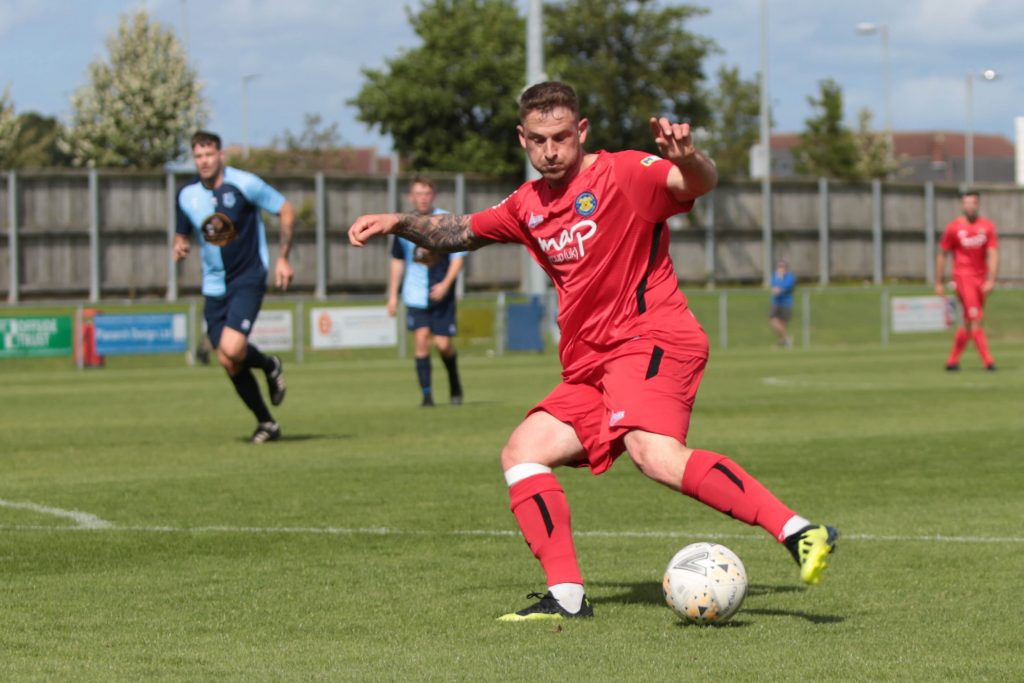 Stockton started much the brighter of the two sides and were quickly into the flowing passing moves that have littered the first three outings of the campaign. One of the players who has already caught the eye this term is Kevin Hayes and the first real chance of proceedings fell to him. He has already found joy this season when cutting in from the right touchline and shooting left-footed and he did the same here but without the same end result. His strike sailed wide of Nick Liversedge’s goal but a warning shot had been fired. 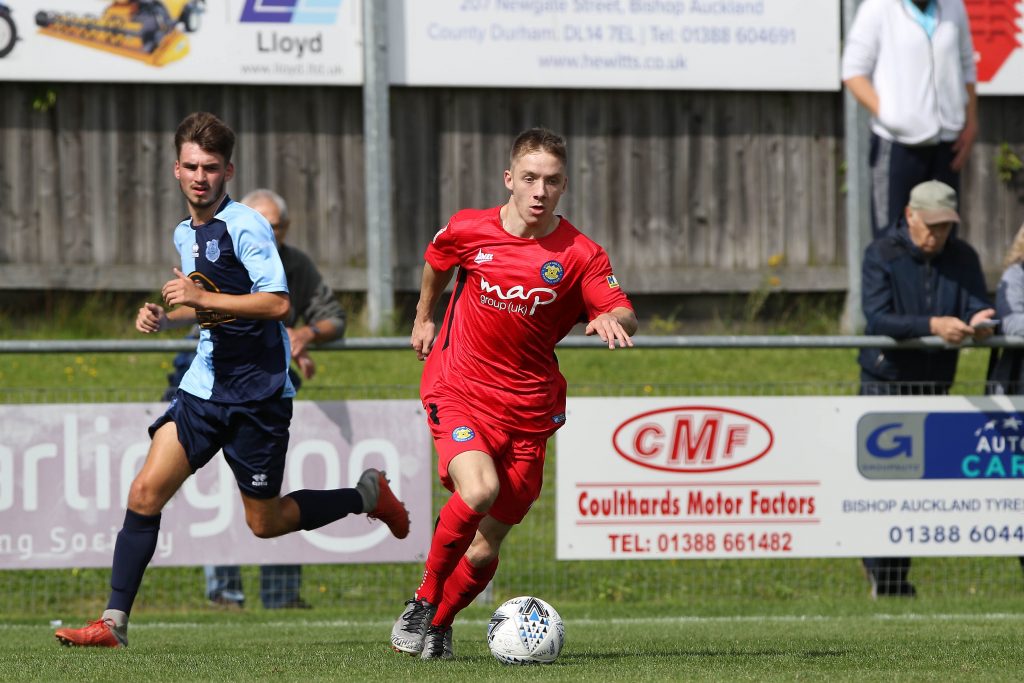 With a quarter of an hour on the clock, the former Darlington and Burnley stopper was called into action for the first time. Mikey Roberts, returning to the starting lineup in place of Jamie Owens, left Daryll Hall behind and fired a vicious strike at goal that stung the palms of Liversedge, who beat it away.

The Anchors were building some pressure and enjoying all of the quality possession. Just a minute later, they could have been ahead. More delightful passing crafted a shooting opportunity for Tom Portas, surging from midfield. He struck a low, rasping drive that had Liversedge clawing at thin air but it arrowed wide of the mark and the midfielder was denied a goal on the ground he used to call home. 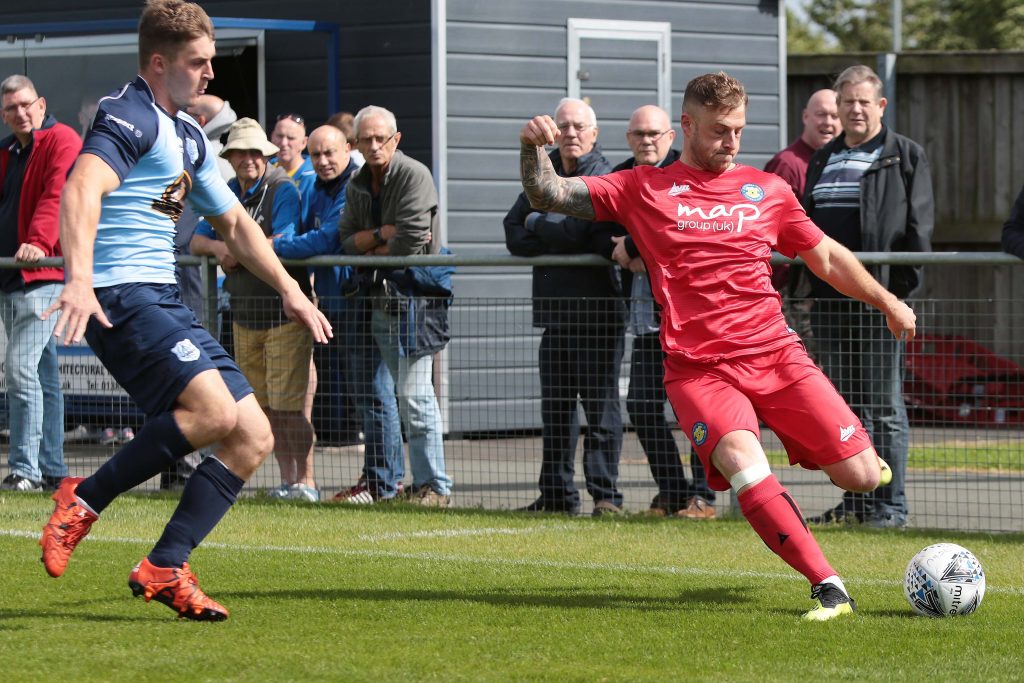 The opening goal eventually came with just after half an hour on the clock and few could deny that it had been coming. Another player that has made a bright start to the campaign is Fred Woodhouse, maintaining his consistent level of performance from last season. He latched onto a perfectly weighted through ball before showing class and composure to round the goalkeeper and slot the ball home to put his side in the ascendency.

Some may have thought that one might breed two but Stockton were having to contend with a swirling wind that made conditions more difficult at times. They did manufacture another excellent chance just before half time, though, when Dan McWilliams curled over an inviting cross from the left. His arcing delivery found the head of Roberts but his effort was straight at Liversedge and the Anchors took just a one goal lead into the interval. 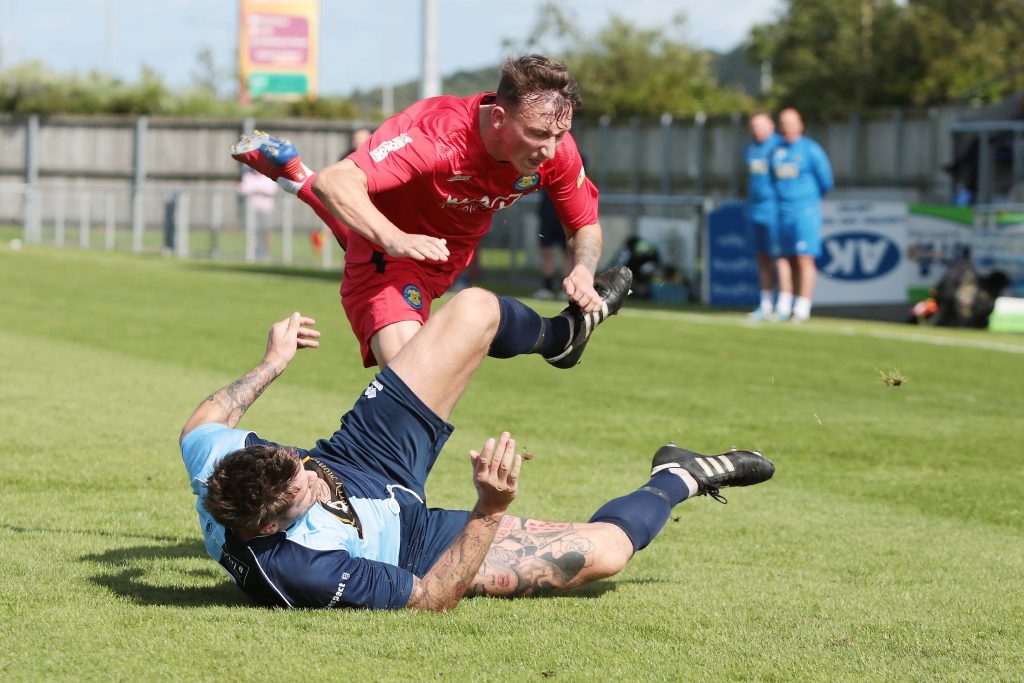 Stockton started the second half in the same dominant manner as the first and doubled their lead just five minutes after the restart. The lively Roberts again caused problems and got in behind the home defence. He cut back an inch perfect low cross to Risbrough and the winger had the simple job of tapping into an empty net for his first of the season. 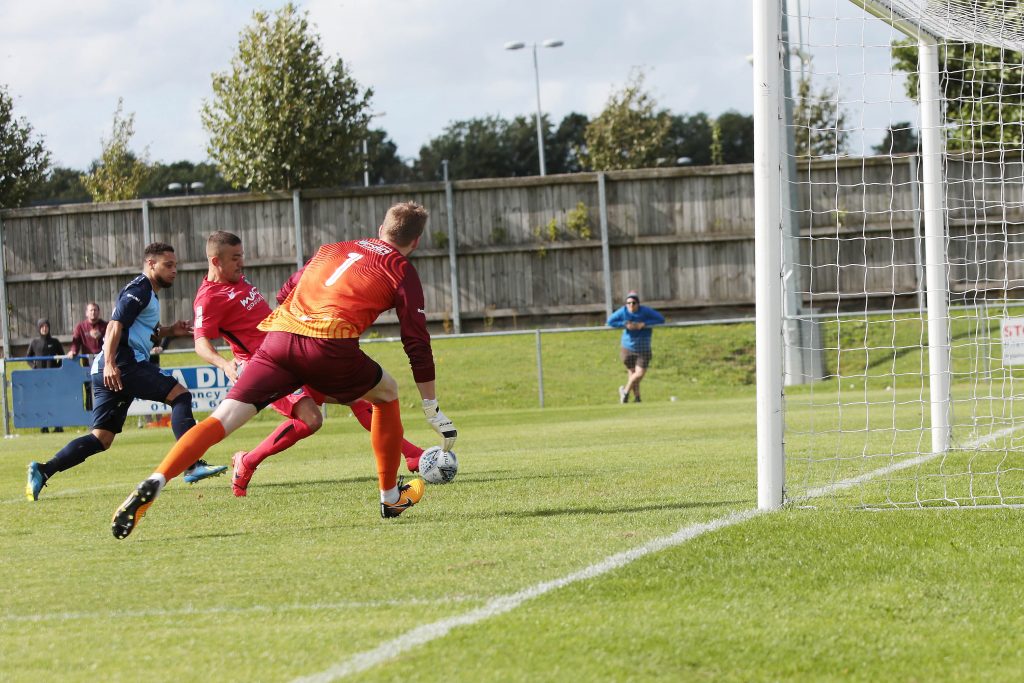 The Anchors were brimming with confidence and had two chances to put the game to bed in the next three minutes. First, Woodhouse fizzed a low drive from the edge of the box just wide of the post before Pete Bulmer had Liversedge scrambling to deny his effort from range. 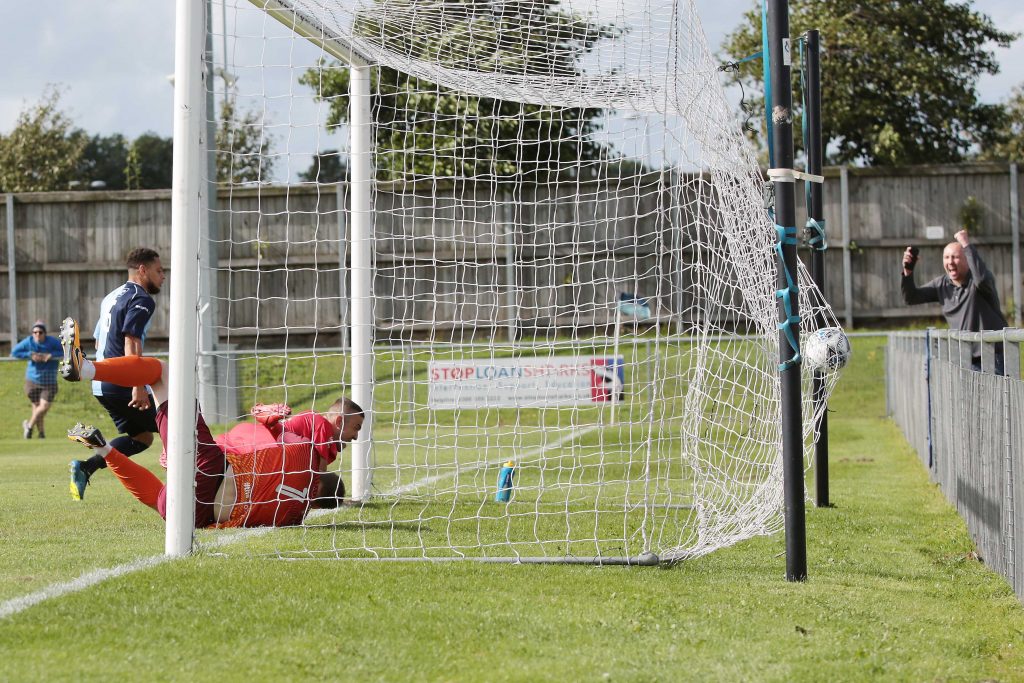 The game would take a turn just after the hour mark when, from nowhere, the hosts were given an invitation into a contest they had never been in. Woodhouse nudged Callum Munro in the area and when the midfielder hit the turf, the referee showed little hesitation in pointing to the spot. Up stepped the evergreen Johnson to slot the ball beyond Michael Arthur and give his side hope of wrangling something from the game.

In truth, it would prove to be false hope and neither side managed to carve out any clear cut opportunities in the game’s closing stages. Bishop blustered as the wind blew but never really looked likely of breaching the Anchors defence a second time. 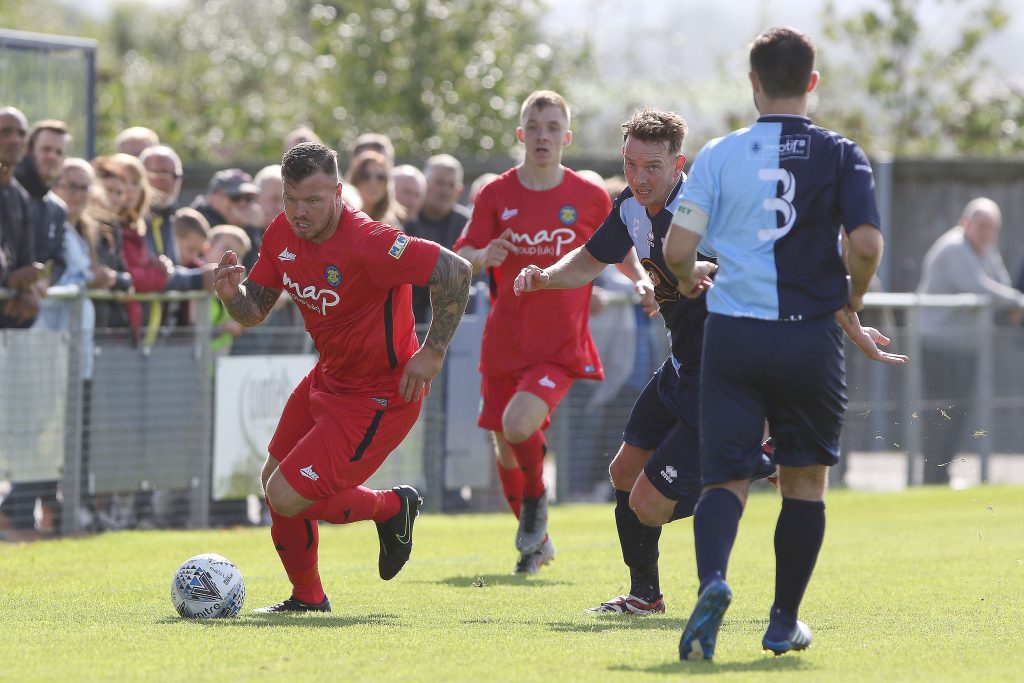 The referee’s final shrill blast was music to the ears of Anchors fans who can continue to boast a perfect start in the league as well as progression in the FA Cup.