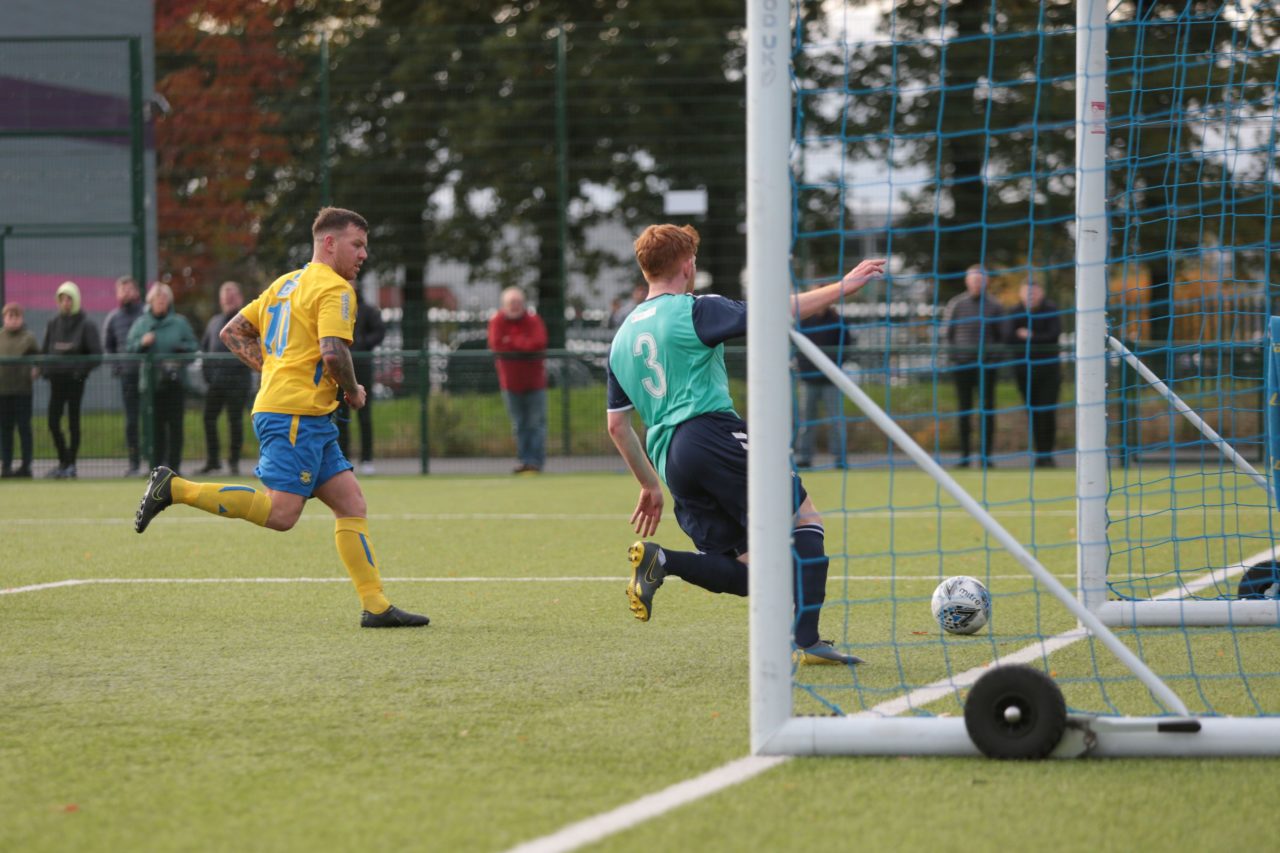 The Anchors dropped 2 points at home today in a game where they created enough opportunities to be out of sight.

Michael Dunwell stuck with the same line up from the midweek mauling of Bishop Auckland and it looked like they were continuing where they left off as they carved out several chances in the first twenty minutes.

The expected onslaught didn’t materialise though as Stockton huffed and puffed their way to half time. Seaham had enjoyed some possession mainly through target man Dan Wilson but hadn’t had a real chance or shot on target in the first 45 HT 1-0

The second period saw Red Star step up and push for a goal Dan Wilson was causing problems with his strength holding the ball up and bringing players into the game and they created a couple of half chances to keep the Stockton defenders on their toes.

A flurry of chances half way through the half saw a Risbrough shot saved by Bannon. Then at the other end Dan Wilson slipped past the Stockton defence and brought a brilliant reflex save from Roberts who followed up to grab the rebound at the feet of Richardson

Then on 66 minutes a great move down the right saw Lewis Kings measured cross met by Craggs downward header but it was pushed away by Bannon.

But Seaham were knocking on the door and eventually it opened, Taylor Richardson finished well to make it 1-1 and earn a point for the Red Star. Dan Wilson almost won it for them in injury time but missed the target when in a good position. FT 1-1

Points dropped you have to say at home to the League’s bottom side, however well they did in the second half. The game surprisingly was quite open and suited the Anchors expansive style, but the amount of missed opportunities today and in recent games, Wednesday aside, is a concern. Seaham deserved something just for their second half effort but it should have been just a consolation in reality. Dan McWilliams was excellent again and got the sponsors MoM.

A huge Vase game to come next weekend and a rare free midweek to prepare for it.