After a sensational start to the new season, Kevin Hayes has been named The George Pub & Grill Anchors Player of the Month for August by Stockton Town fans.

With the team making a flying start to the campaign, there were no shortage of candidates for the honour but with over 50% of the votes cast, it was Hayes who was the standout choice for Anchors fans. 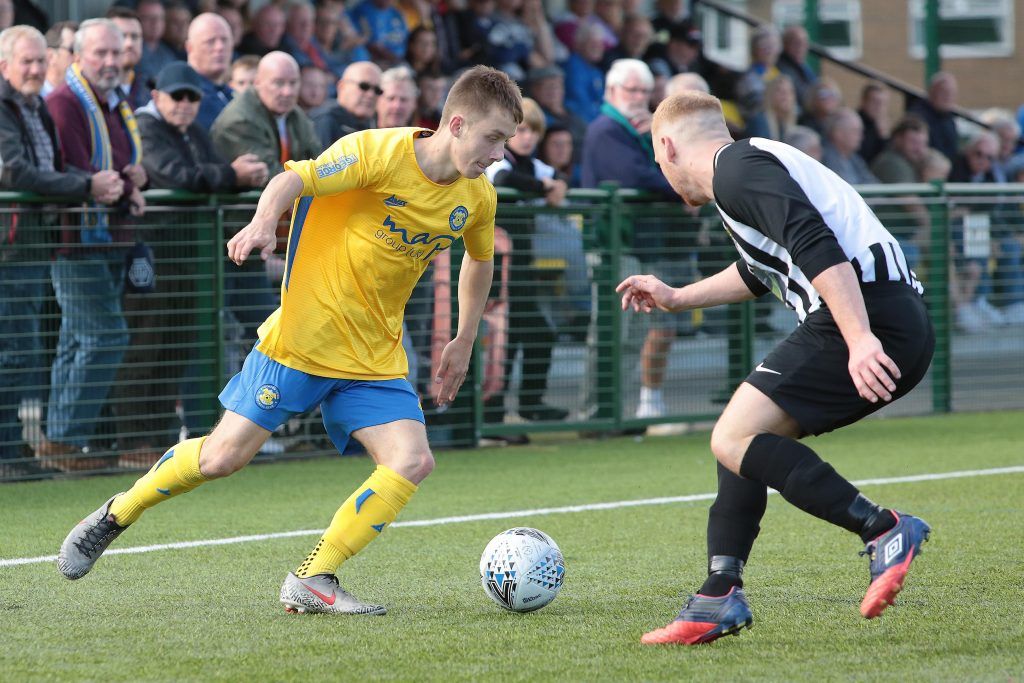 The winger has been in eye-catching form throughout August and has played an integral role in Stockton’s unbeaten start. His eight goals in as many games see him top the club’s goalscoring table but his tally is made all the more noteworthy by the fact that half of his goals have come from outside the box.

Hayes set his stall out from the opening day of the season as his two goals helped Stockton to an impressive 6-0 triumph away to Northern League Division Two champions Billingham Town. 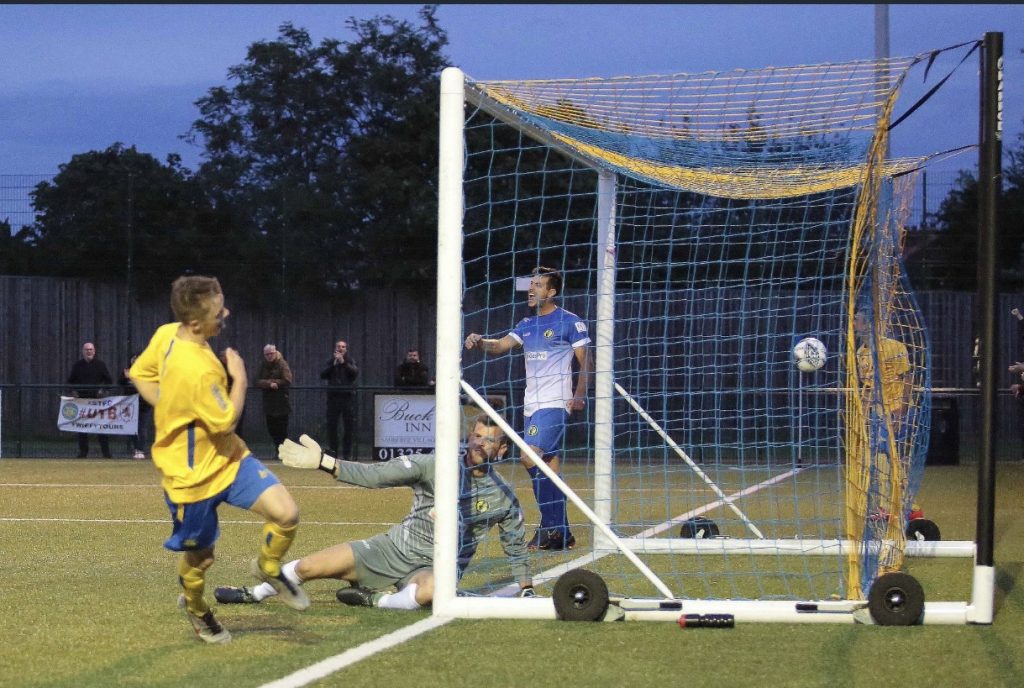 A composed finish from inside the area earned the Anchors an FA Cup draw on the road to Nostell MW before Hayes found the net again as Stockton downed much-fancied Whickham at the Coverall Stadium.

One of Hayes’ standout contributions came in the Bank Holiday Monday clash with local rivals Thornaby. With Stockton not at their free-flowing best in the early going, Hayes turned the game on its head with a stunning strike from range before sealing a 4-0 victory that would send his side to the top of the table with a deft chip over the goalkeeper from a narrow angle. 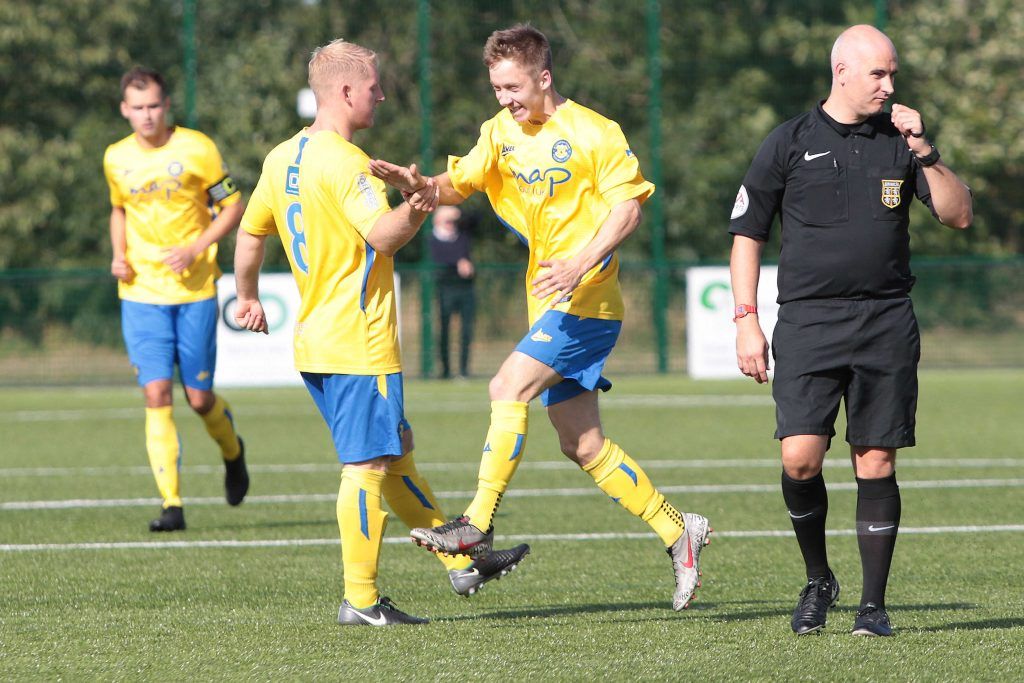 Hayes finished the month as he started it with another double strike. Again, he struck from range to break the deadlock and free the shackles of a frustrating first half against a resolute Ashington side. He found the net a second time to round off another 4-0 victory and to book his side’s passage into the next round of the FA Vase. 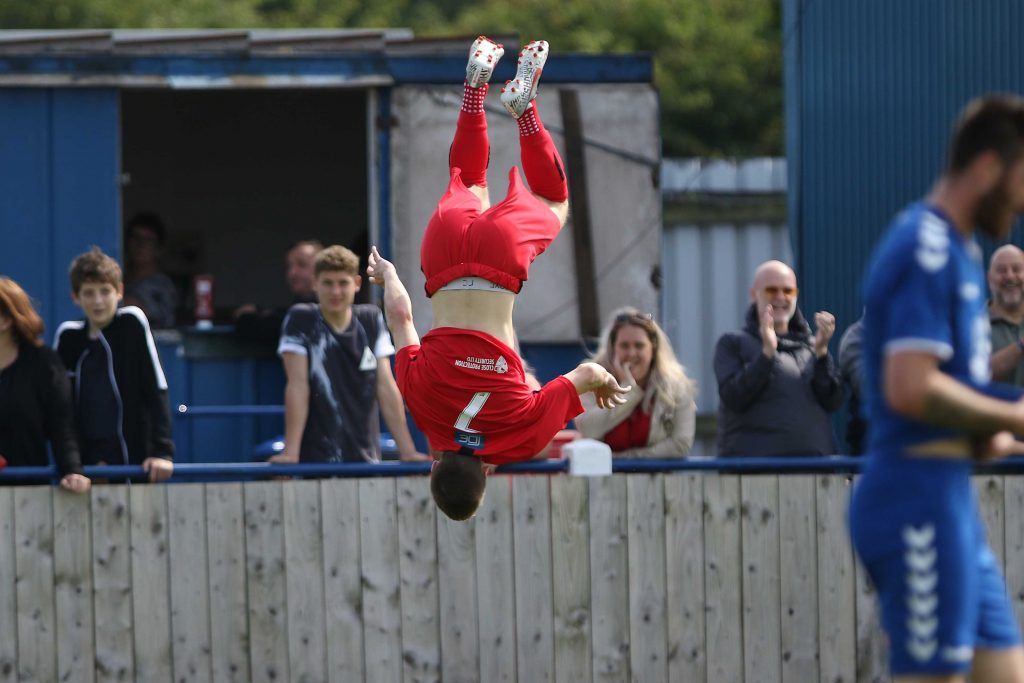 Many congratulations to Kevin, the George Pub and Grill Anchors Player of the Month for August.