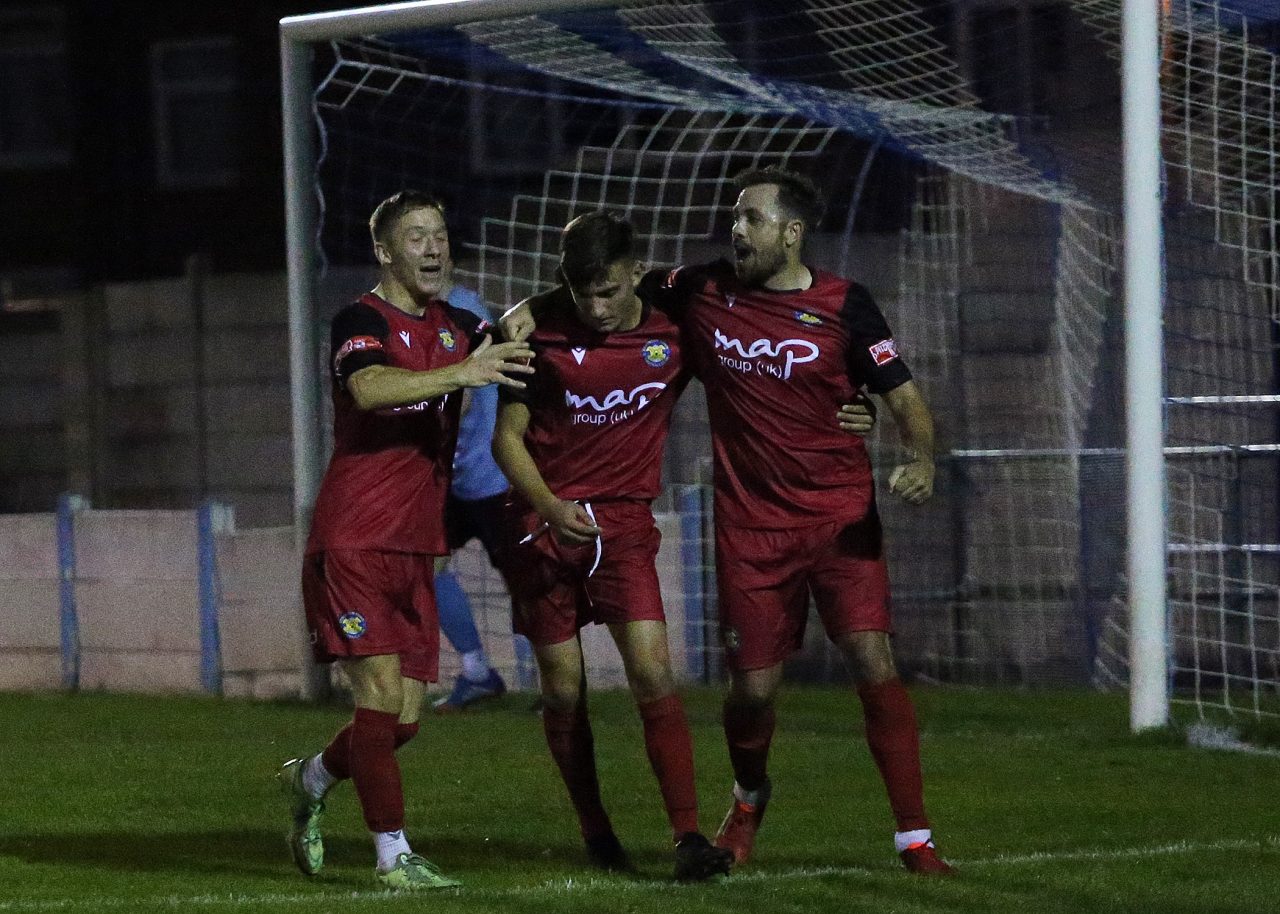 Sam Conway scored his first senior goal for Stockton Town during the 2-1 defeat to Ossett United.

Conway slotted the visitors level with five minutes to play after Reon Potts slammed the hosts into the lead in under a minute.

James Walshaw then grabbed a winner with just seconds to play to steal all three points for Ossett.

The hosts went in front with the very first chance of the game after 58 seconds, Nash Connolly played the ball across to James Walshaw who held the ball up for Reon Potts, the Ossett No.10 then rifled his shot into the top of the net from 18-yards.

The goal settled the hosts and they looked the more threatening side early on, Aaron Haswell saw a dangerous free-kick blocked by Adam Nicholson then Potts got a shot away under pressure that was saved by Callum Roberts.

It was a frantic first half, with both sides looking to get forward at each opportunity, but a half where chances were few and far between for both sides.

Kev Hayes was looking threatening for Stockton, his ball across the face of goal was just in front of the advancing Nathan Steel.

Mikey Roberts had the first clear sight on goal for Stockton, the forward’s attempt was pushed around the post by Max Dearnley.

Adam Nicholson then tested Dearnley with a header from the resulting corner, the keeper rose to push it over the crossbar.

Ossett went close to doubling their lead just before half-time, Potts the goal-scorer sent a shot just inches wide of the post.

The Anchors came out for the second-half on top and went close to an equaliser 10 minutes into the second half, Hayes skipped past the opposition right-back, cut inside and laid the ball off to Jonathan Franks whose shot trickled just wide.

It was a second-half littered with fouls, as the Anchors saw no less than four bookings in the half, including centre-backs D. Mulligan and Nicholson.

Substitute George Green went close to sealing the game for Ossett, the midfielder flicked the ball over the defender and got a shot away which was just over the bar.

Sam Conway then thought he rescued a point on the road, Steel’s lofted pass was headed down by Tom Portas to Conway, who slotted home at the far post.

There was time for some late heartbreak, Atamunga had a one-on-one saved by Callum Roberts and Walshaw tapped in at the far post.