Anchors fall to defeat at home to Cleethorpes 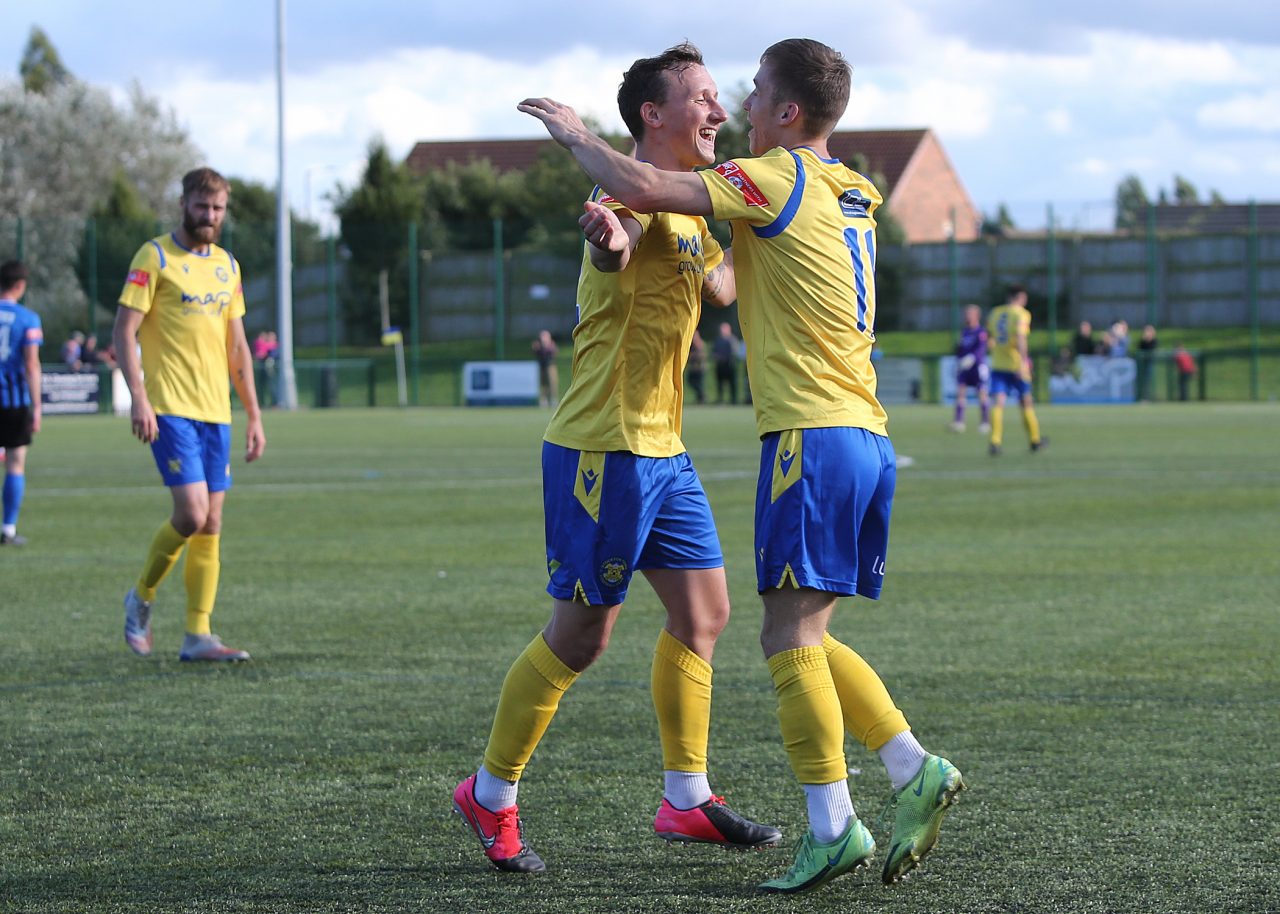 Stockton Town were condemned to a second straight home defeat as Cleethorpes Town claimed a 3-2 victory at The MAP Group UK Stadium.

Tim Lowe scored an own goal to put the Anchors ahead after 35 minutes before Brody Robertson levelled seven minutes into the second-half.

It was a tale of two penalties late in the game, as the visitors were awarded two spot kicks in the final 20 minutes, Jack McMenemy converting the first after Sam Topliss was felled inside the area.

Mikey Roberts looked like he salvaged a point for the Anchors with ten minutes to play but Cleethorpes were given a second spot-kick after Adam Nicholson was harshly judged to have handled the ball in the box.

McMenemy slotted home his second of the game as the Anchors fell to back-to-back home league defeats for the first time since Christmas 2018.

Michael Dunwell made three changes to the side that lost to Ossett United in midweek, with Lewis King, Tom Coulthard and Jamie Owens returning to the starting line-up.

The Anchors settled into the contest well and were close to going in front after ten minutes, Nathan Steel had a header cleared off the line after Jonathan Franks headed Lewis King’s cross back towards the forward.

The visitors posed a threat on the counter-attack and almost went ahead themselves, Brody Robertson raced on goal, as he attempted to cut back to Josh Batty, Adam Nicholson got back to clear behind for a corner.

After 15 minutes, Stockton had another effort cleared off the line, Kev Hayes skipped past the defender on the left, his pull back was to Franks who scuffed an effort that was cleared by Jordon Cooke.

A mix-up between Cooke and Tom Jackson allowed Steel to collect the ball, his shot from 30-yards was wide as the visiting keeper scrambled back into position.

Cleethorpes grew into the contest as the first half progressed, Alex Flett struck over the crossbar on the volley before Callum Roberts made a smart save to deny Robertson when one-on-one.

Roberts was in action just minutes later as he made a superb fingertip save to tip the ball over the bar from Josh Batty’s close range header.

Stockton took the lead just under 10 minutes before half-time, Jonathan Franks whipped in a corner from the right flank, Owens and Steel rose to head it and Cleethorpes’ right-back Tim Lowe got the final touch.

The visitors continued to pose a threat as Robertson and Flett both saw efforts go over the crossbar from inside the box.

Jamie Owens came close to doubling the Anchors lead inside the first 30 seconds of the second-half, Franks raced in behind the Cleethorpes defence, the winger cut the ball back to Owens whose fizzing effort hit the post and bounced away.

Robertson levelled the contest after 52 minutes with a cleanly taken strike on the edge of the area.

Kev Hayes was close to putting the Anchors back ahead, his left footed strike just grazed over the crossbar on the hour mark.

Oliver Donald had a free header to put Cleethorpes in front, his effort went just over the bar from inside the six-yard box.

The Owls were awarded the first of their penalties when Sam Topliss was fouled by a dangling leg from a Stockton defender, McMenemy sent his spot-kick straight down the middle.

Mikey Roberts scored his third goal of the season to draw the Anchors level with ten minutes to play, Hayes sent in a low cross from the left and Roberts slid in at the back post to convert.

McMenemy, the visitors top scorer, struck the outside of post just a minute later from a narrow angle.

Cleethorpes were given a second spot-kick with two minutes to go, Josh Venney’s effort was adjudged to have been handled by Adam Nicholson, for which the Stockton skipper was dismissed for. McMenemy stepped up to clinch all three points for the visitors.

Subs not used: A. Conway, McDonald