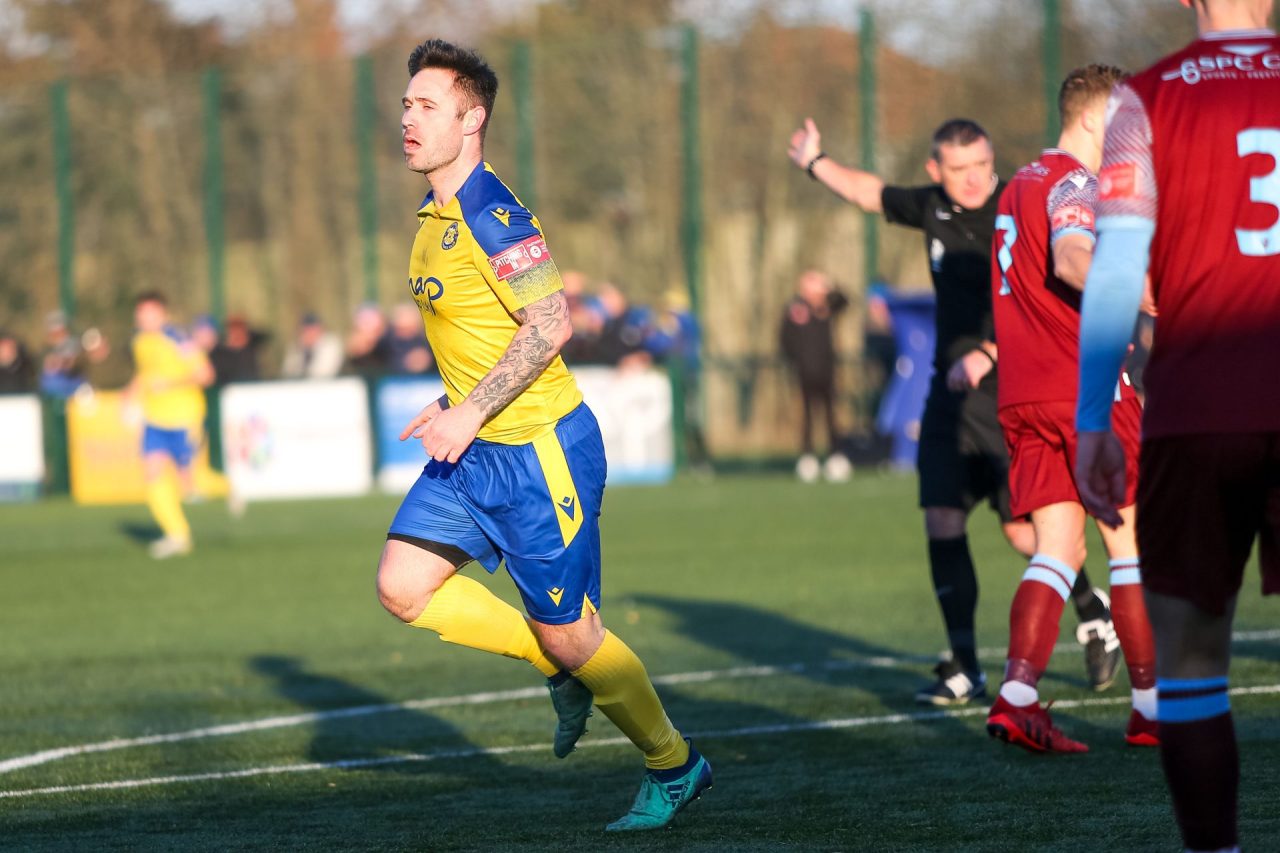 Stockton Town conceded three second half goals as they lost out to Pontefract Collieries.

The Anchors controlled the first half and were 2-0 up by half time thanks to goals from Matty Tymon and Kevin Hayes.

But a wonder strike from Jack Vann, a penalty from Gavin Rothery and late goal from Jack Shepherd sealed a remarkable comeback for the visitors.

Manager Michael Dunwell named five changes to the team that lost 2-0 at Hebburn Town. Boro loanee Henry Poole came in for his debut. Dale Mulligan came in to replace the suspended Adam Nicholson and Tom Coulthard returned after last week’s absence due to the birth of his daughter. Sam Hodgson was restored to the starting XI and Matty Tymon made his first start since making his return last Saturday.

Pontefract fired an early warning shot when Jack Greenhough’s long throw-in found Jack Shepherd but he could only fire over from close range.

In the tenth minute, Stockton had the lead when Lewis King was found in the box with a wonderful cross and he pulled the ball back to Tymon who guided the ball in the bottom corner.

Six minutes later, the Anchors had a second when Hayes burst forward before he curled a strike into the bottom corner.

Ponte almost had a goal back but Tom Portas was on hand with a brilliant block on the line.

Shortly before half time Stockton had an opportunity when Glen Butterworth had a shot blocked which fell to King who struck a half-volley into the hands of Kyle Trennery.

Soon after the break, Pontefract pulled a goal back when a corner fell back to Vann who sent a sweet strike into the corner from the edge of the box.

Stockton had a huge chance to restore their two-goal advantage but Hayes could only strike over after the ball was played into his path.

Two minutes later, Pontefract were level when they were awarded a penalty. Rothery stepped up and sent Poole the wrong way to level the game.

Poole then pulled off an extraordinary save to push a Pontefract effort onto the post.

Poole was again on top form as he produced a double save first from Joe Lumsden one-on-one and then from Jerome Greaves rebound.

Stockton felt they should have had a penalty when Elliott Beddow raced into the box and looked to round the goalkeeper before he was felled. The referee decided to give a free-kick the other way.

Pontefract completed their comeback when Shepherd met a ball in the box and fired a header past Poole.

The Anchors ended the game with ten-men when Dale Mulligan saw red for a high challenge.