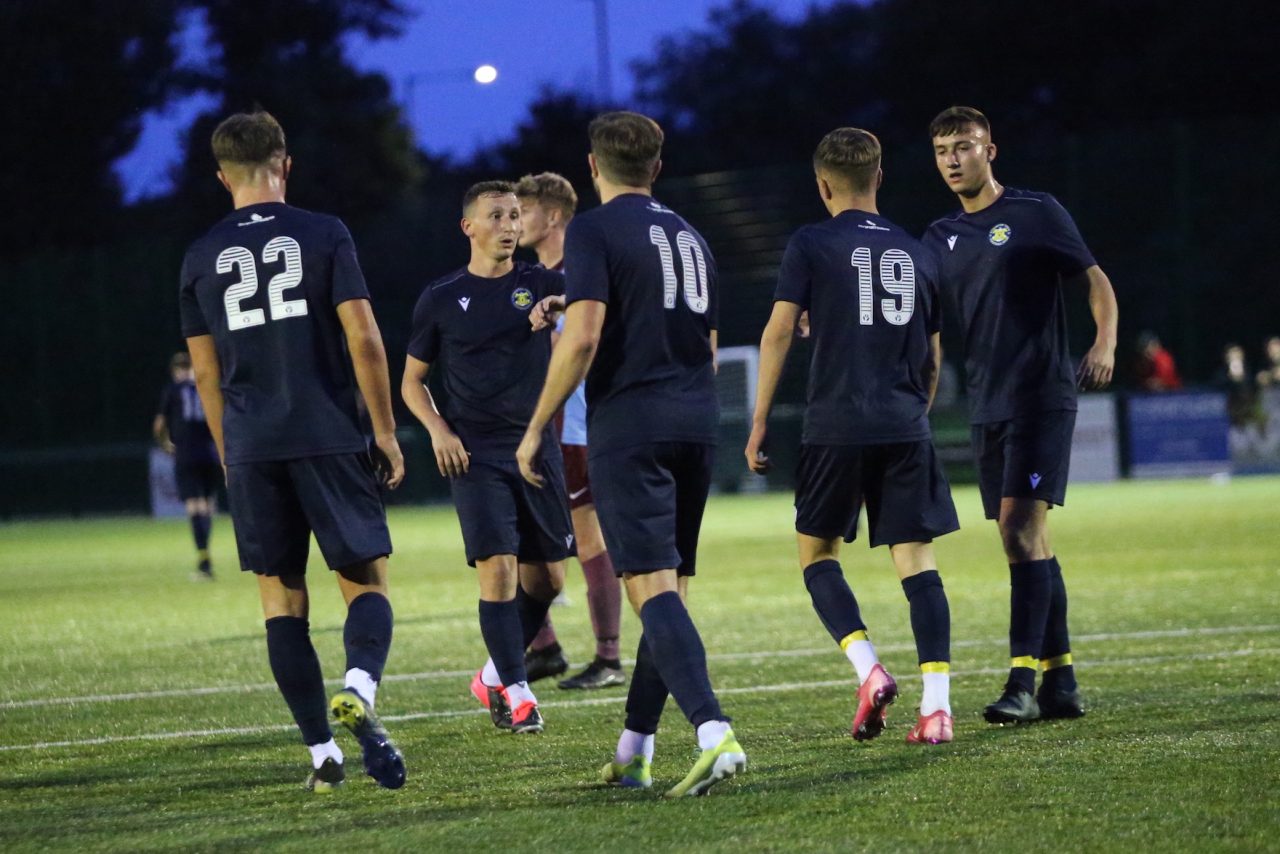 Michael Dunwell’s side conclude their pre-season on Saturday when they travel to Croft Park to face National League North side Blyth Spartans.

Stockton were immediately on the front foot against Percy Main and had the first chances on goal inside five minutes, Jamie Owens and Franks saw efforts hit the side netting from close range.

Peter Bulmer curled a shot wide inside the box and just minutes later Roberts saw his attempt on goal saved before Owens dragged wide from the rebound.

The hosts took the lead just past the midway point of the first half. Hayes beat the onrushing goalkeeper to the ball, composed himself before cutting back to Owens, whose shot was saved and Henry was on hand to slam home the rebound.

Three minutes later, Hayes was in the action again as the forward picked the ball up in midfield, hitting a low shot which hit the inside of the post before nestling in the net.

Coulthard scored his first goal of pre-season, the defender rose to head Franks’ corner home from inside the six-yard box.

Within a minute into the second-half, the Anchors had struck the woodwork, Tom Portas delivered a cross which Owens headed first time against the frame of the goal.

Roberts and Henry both went close shortly after; Roberts dragged a shot just wide and Henry got a toe to Franks’ cross which also went wide.

Franks was the latest man to hit the visitors woodwork as his close range effort bounced away for Hayes to cross for Owens, whose header went narrowly wide.

The Anchors extended their advantage on the hour mark. Owens’ shot rattled off the post, Louie Hall collected the rebound to send in a great cross for Franks, who smartly steered home.

Mulligan scored his first goal of the game to make it five with 20 minutes remaining, Hayes sent in a cross from the right which the midfielder converted into the bottom corner.

Sam Conway was brought down in the box to present the Anchors with a chance to score a sixth, which Mulligan took with ease, sending the ‘keeper the wrong way from the spot.

Roberts rounded off a positive night for the Anchors with a goal which his performance merited, the forward drove towards goal sent a strike into the far corner across the edge of the box.