Anchors edge past Shildon in front of record-breaking crowd 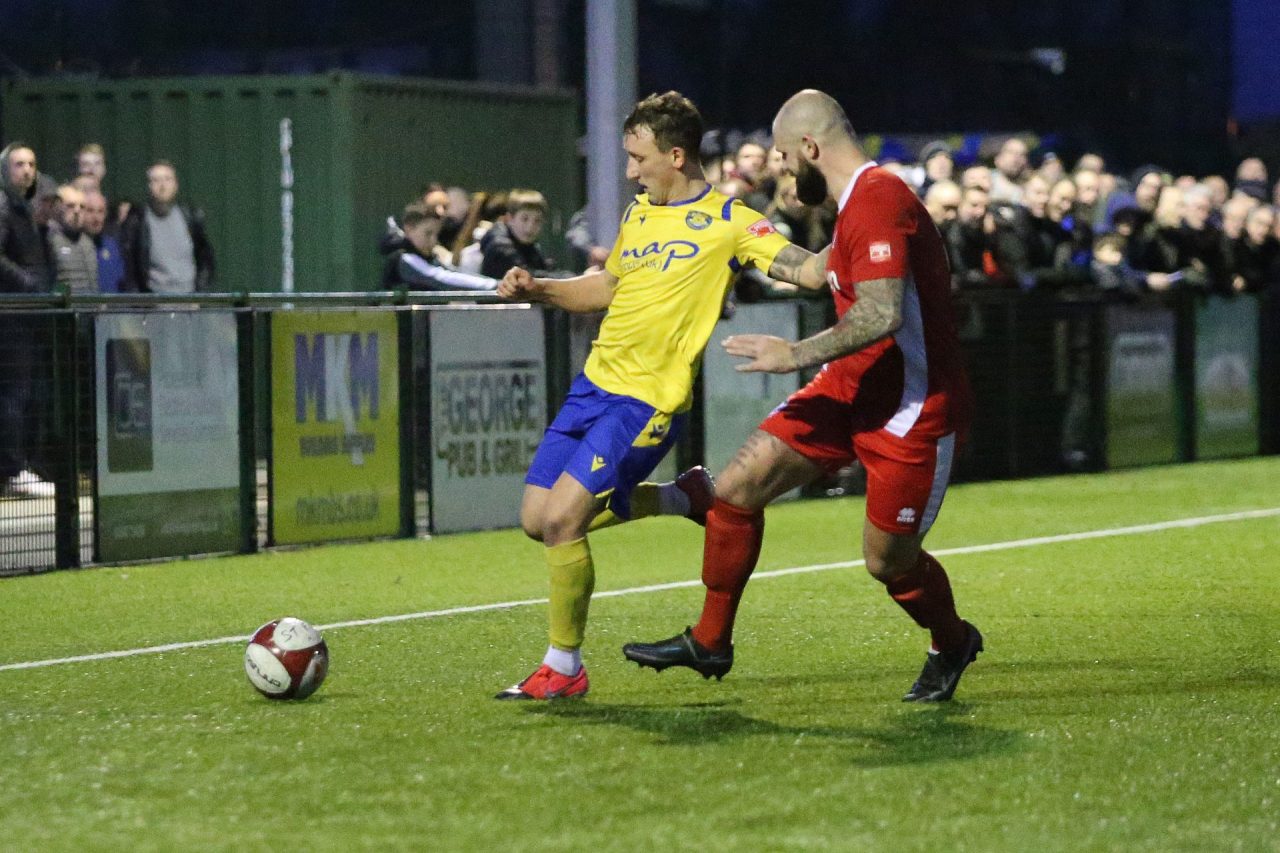 Adam Nicholson’s first-half strike proved to be decisive as Stockton Town started the new year with a 1-0 win against Shildon in front of a record-breaking home crowd.

Liam Cooke’s free-kick from the left found the unmarked Nicholson, who headed back across goal early in the first half.

The Anchors went close to doubling their lead late in the game, but Nathan Mulligan was denied by the post on two occasions.

Stockton saw the game through to extend their winning run to seven games in front of 1208 spectators – the highest league attendance in the club’s history.

Manager Michael Dunwell named an unchanged side after an impressive 2-1 win at local rivals Marske United on Monday afternoon, and the Anchors settled well in the game.

Kev Hayes had an effort just wide of the target inside four minutes, and down the other end, Shildon’s Billy Greulich-Smith struck the outside of the net inside the opening exchanges.

The deadlock was broken and the record-breaking crowd went up in raptures when a free-kick, from the left side, was headed across goal by Nicholson and into the far corner of the net.

Around the half hour mark, the Anchors went in search of a second to give themselves a cushion in the game. Dan McWilliams round Mikey Roberts, who played a neat one-two with Cooke before seeing his effort saved.

The visitors closed out the first-half on top, with former Stockton player Joe Posthill struck the post with a curling effort in additional time.

Heading into the second-half, there wasn’t much to separate the two sides in the first quarter of an hour, but it was Shildon who went on to take a foothold after the hosts had a penalty appeal waved away.

Billy Greulich-Smith and Michael Sweet went close before the former had an effort cleared off the line by Tom Coulthard.

The Anchors, with one of the first chances of the second-half, were denied by the woodwork as Mulligan curled around the wall and off the post.

Five minutes later, the substitute had his head in his hands once more as his low strike from the edge of the area hit the outside of the post.

Jamie Owens also went close, with Mulligan picking out the striker with a reverse pass, but the shot went over the bar.

There was time for one final chance for the visitors, but Greulich-Smith headed wide of the target.