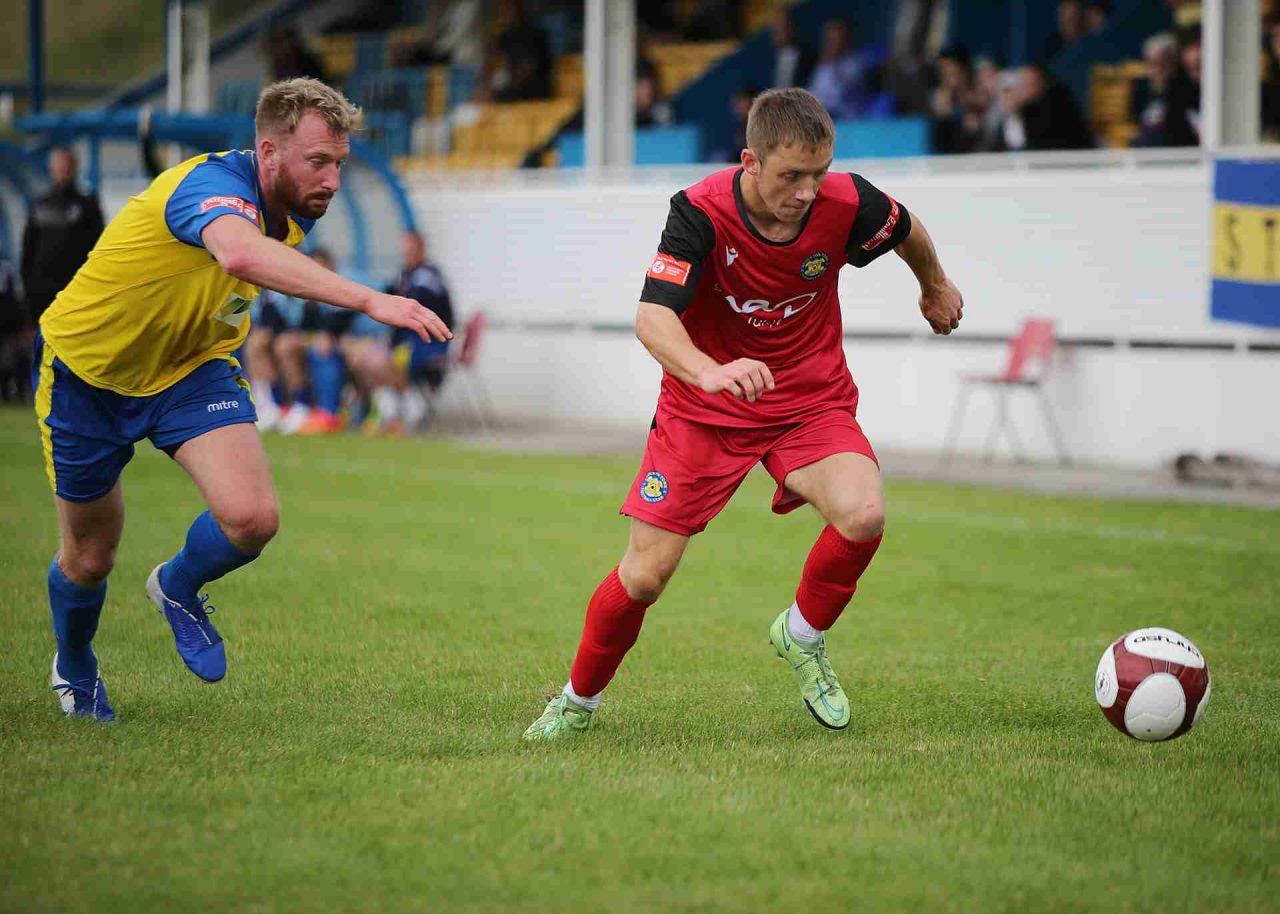 Stockton Town earned a point on the opening day of the new season after a goalless draw away to Stocksbridge Park Steels.

It was almost a perfect start to life in the Northern Premier League East Division, however, Jonathan Franks’ effort rattled the crossed inside the opening stages.

Lewis Whitham and Joe Lumsden were both denied by the post just before the half-hour mark, while both teams went on to create openings in the second-half.

The Anchors will look to build on a positive performance as they welcome fellow newly-promoted side Hebburn Town to The MAP Group UK Stadium on Wednesday evening.

Michael Dunwell’s side hadn’t been in league action for 274 days prior to their trip to Sheffield, and two changes were made to the side that played Blyth Spartans – Lewis McDonald and Tom Coulthard coming in for Callum Roberts and Louie Hall.

The Anchors settled into the game well, and after Scott Ruthven’s wayward effort for the hosts, they were denied by the cross bar inside seven minutes.

Adam Nicholson’s effort from the right side was blocked and found the feet of Franks, who opened up and rattled the woodwork with a terrific effort.

Franks went close once more before the hosts started to grow into the game as it progressed. Ross Goodwin fired off-target before Lewis McDonald was called into action for the first time – denying Nathaniel Croft.

The hosts went close twice within quick succession just under a minute later, firstly, Whitham curled across goal and was denied by the post. The woodwork came to Stockton’s rescue once again when Lumsden glanced a header across goal and off the post.

Dunwell’s men looked to capitalise on a quick counter-attack just before the half-hour mark. Jamie Owens and Jonathan Franks broke with pace, and the striker opted for goal himself and fired just wide.

Stockton closed out the first-half on the front foot and should’ve taken the lead on 39 minutes. Dan McWilliams’ long throw-in from the left caused real problems in the Stocksbridge penalty area. Franks held the ball up well, against two defenders, before Owens had an effort blocked near the goal line.

The Anchors came out after half-time and settled onto the front foot. Mikey Roberts saw an effort blocked before the forward was denied by a brilliant block on the goal line, which stopped a certain goal.

Just like the first 45 minutes, Stocksbridge settled after the opening stages, but their best chance of the second half came in the 74th minute.

McDonald made a brilliant save at his near post by Lumsden, and the follow-up effort from Scott Ruthven went inches wide of the far post.

It was the visitors that closed out the game on the front foot and could’ve snatched the points late on. Franks had an effort blocked inside the six-yard box before two good chances fell Stockton’s way in additional time.

Nathan Steel’s low effort took a deflection and went into the side-netting and a blocked Tom Portas effort was gathered at the near post by Edward Hall.