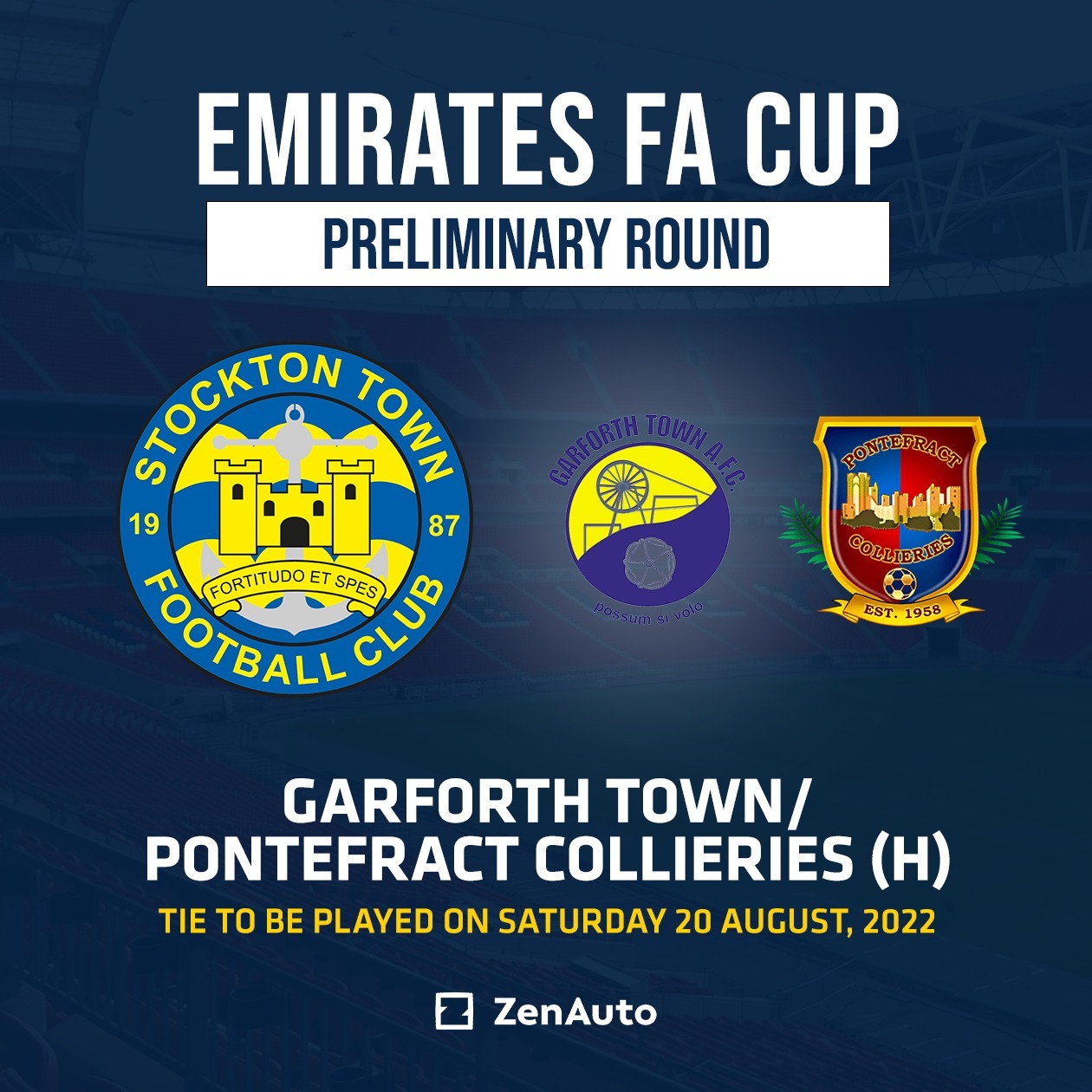 Stockton Town have been drawn at home to either Garforth Town or Pontefract Collieries in the Emirates FA Cup Preliminary Round.

The Anchors will host the victors of the Extra Preliminary Round tie on Saturday 20th August at the MAP Group UK Stadium.

Michael Dunwell’s side equalled their best ever FA Cup run in the 2021/22 season, reaching the Second Qualifying Round before bowing out to National League North outfit Curzon Ashton in a 4-0 loss in September 2021.

Stockton have never faced West Yorkshire based Gartforth Town before in their history, but Pontefract Collieries represent familiar opposition having played the Colls in their maiden Northern Premier League campaign last season.

The Anchors lost out to Pontefract away from home 2-0 in February before coming from behind to defeat the Colls 3-1 at home in March on their way to the East Division play-off final.

Meanwhile, Dunwell’s outfit will head to Witton Albion in the First Qualifying Round of the Isuzu FA Trophy on Saturday 10th September 2022.

Albion were relegated from the Northern Premier League Premier Division last season, and will ply their trade in the West Division in the upcoming campaign.

Stockton entered the FA Trophy for the very first time in the 2021/22 season, and bowed out on penalties to City of Liverpool FC in their first game in the competition.

Should the Anchors progress from that fixture, they will travel to either Trafford FC or Hebburn Town in the Second Qualifying Round -which will be played on Saturday 24th September.