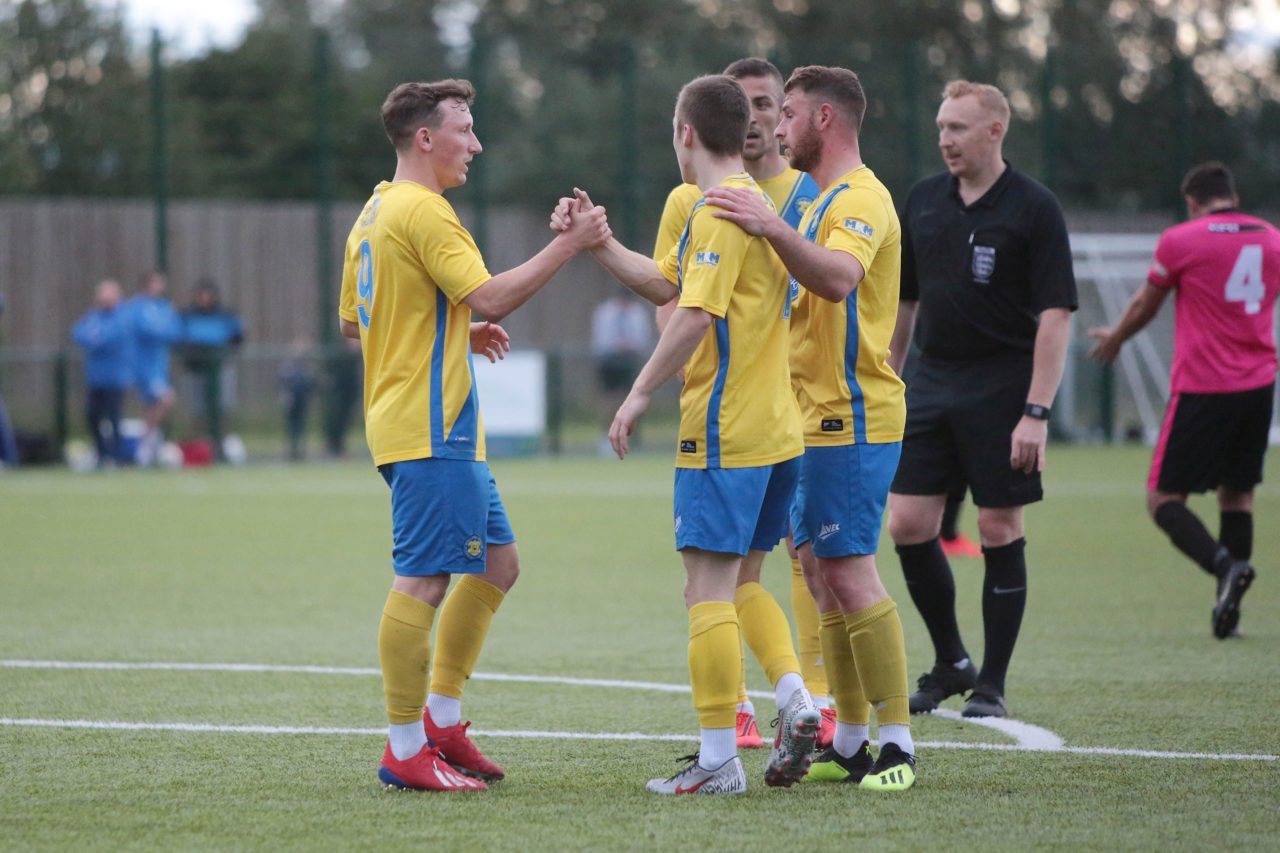 After the penalty, the anchors piled it on, Mulligan and Hayes both had good shooting chances on the end of sweeping moves but couldn’t find the target. 38 minutes saw the lead doubled when Mikey Roberts bundled the ball in from close range after another lovely passing move involving all the forwards saw the ball drop invitingly to Kev Hayes who crashed a left foot volley on target forcing a brilliant save from Pickerings Keeper only for him to see the Stockton Striker waiting to sweep up the rebound.