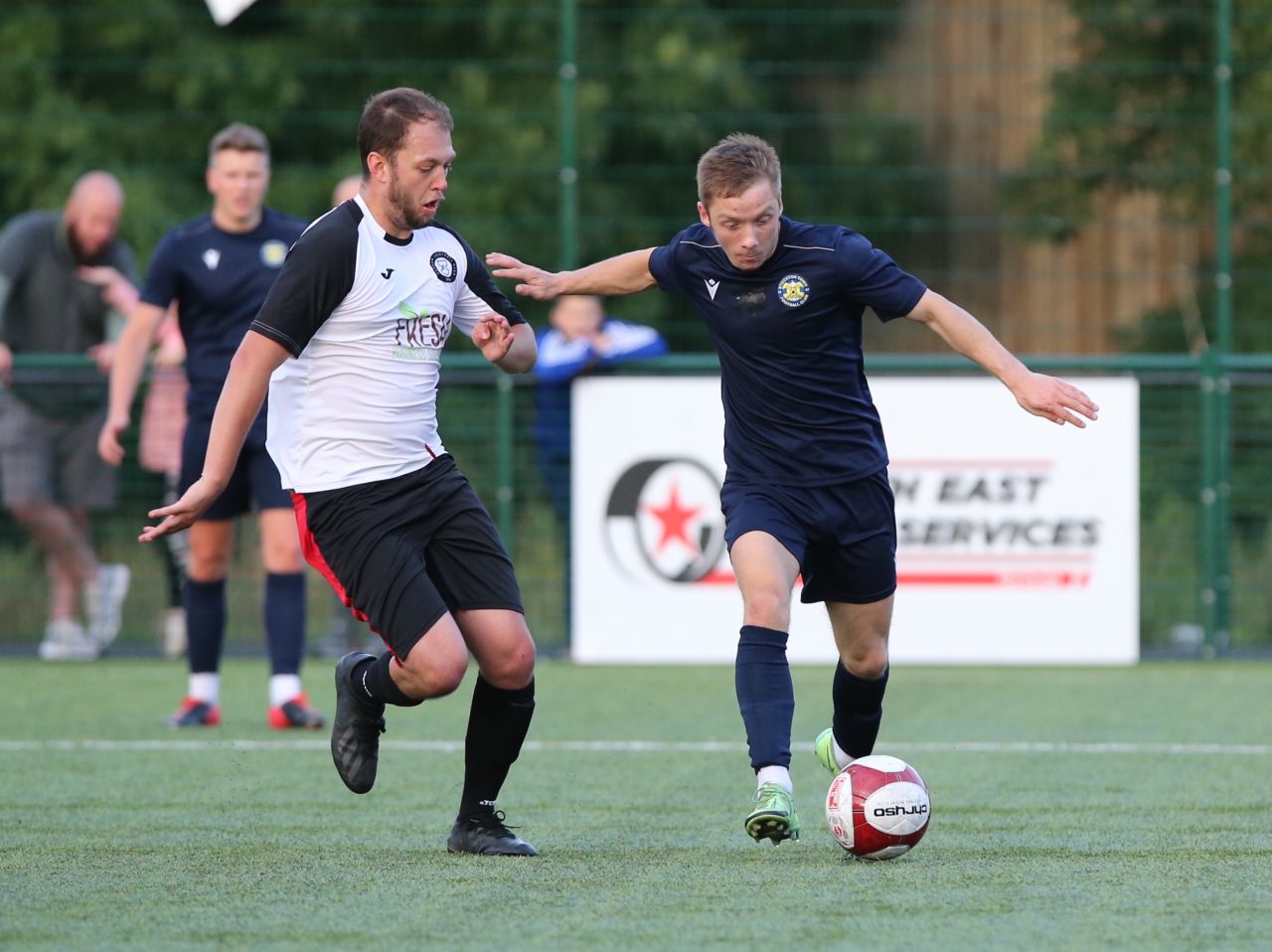 Stockton Town scored three goals at the start of the first half as they continued their preparations for the new season with a routine 5-1 victory over Durham FC.

The Anchors raced into a three goal lead in the opening stages, as Jamie Owens, Kev Hayes and Tom Portas all found the target within the opening 11 minutes.

Nathan Wall grabbed a consolation goal for the visitors two minutes into the second half before Gary Mitchell and Nathan Steel rounded off a comfortable night for the hosts.

Attention now turns to a home game against Percy Main on Wednesday 4 August, before a trip to National League North side Blyth Spartans on Saturday 7 August.

The hosts were on the front foot from the first whistle, and could’ve taken the lead inside 10 seconds. Sam Conway delivered a ball across the face of goal that evaded the advancing runs of Hayes and Owens.

This set the tone for the opening ten minutes as numerous chances were created early on, Jonathan Franks troubled the goal for the first time; dropping his shoulder before rattling the post from close range.

Franks was in the action just minutes later as he received Sam Conway’s threaded pass but Tyler Dickinson made a great save from close range. From the resulting corner, Adam Nicholson saw his header cleared off the line.

The Anchors deservedly went in front in the seventh minute, Jamie Owens drove forward and produced a clinical finish into the far corner for his third goal of pre-season.

Just two minutes later, Kev Hayes scored arguably the goal of pre-season so far, the winger cut inside from the right and curled a wonderful shot into the top corner from 25 yards.

Sam Conway had a chance to double his pre-season tally, shooting wide across goal before Tom Portas made it three goals in four minutes with a smart finish inside the area.

The Anchors continued to create chances, Dan McWilliams’ cross was met by Jamie Owens but Dickinson once again made a great save.

Adam Nicholson could count himself unlucky to not see his name on the scoresheet, the defender headed over the bar twice before seeing an effort cleared off the line as the hosts racked up the corners in the first half.

Owens was a lively figure up front and had chances to double his tally for the evening; dragging an effort wide of the post before attempting to lob the ‘keeper from close range, which went over.

Franks once against hit the frame of the goal, this time with a fierce strike from the edge of the area just before half-time.

Stockton made seven changes at the break and Durham pulled a goal back two minutes into the second period, Nathan Wall on target from close range.

The Anchors continued to rack up the shots, Steel set up Jordan Robinson who struck wide before Steel found the side netting after gathering Dale Mulligan’s mis-hit attempt.

Gary Mitchell scored his second goal of pre-season midway into the half, Mikey Roberts intercepted the ball high up the field to set up Steel, his effort was saved and Mitchell netted the rebound.

The Anchors continued to dominate possession and create chances and rounded off the night with a fifth goal as Steel swept home for his first goal of pre-season.