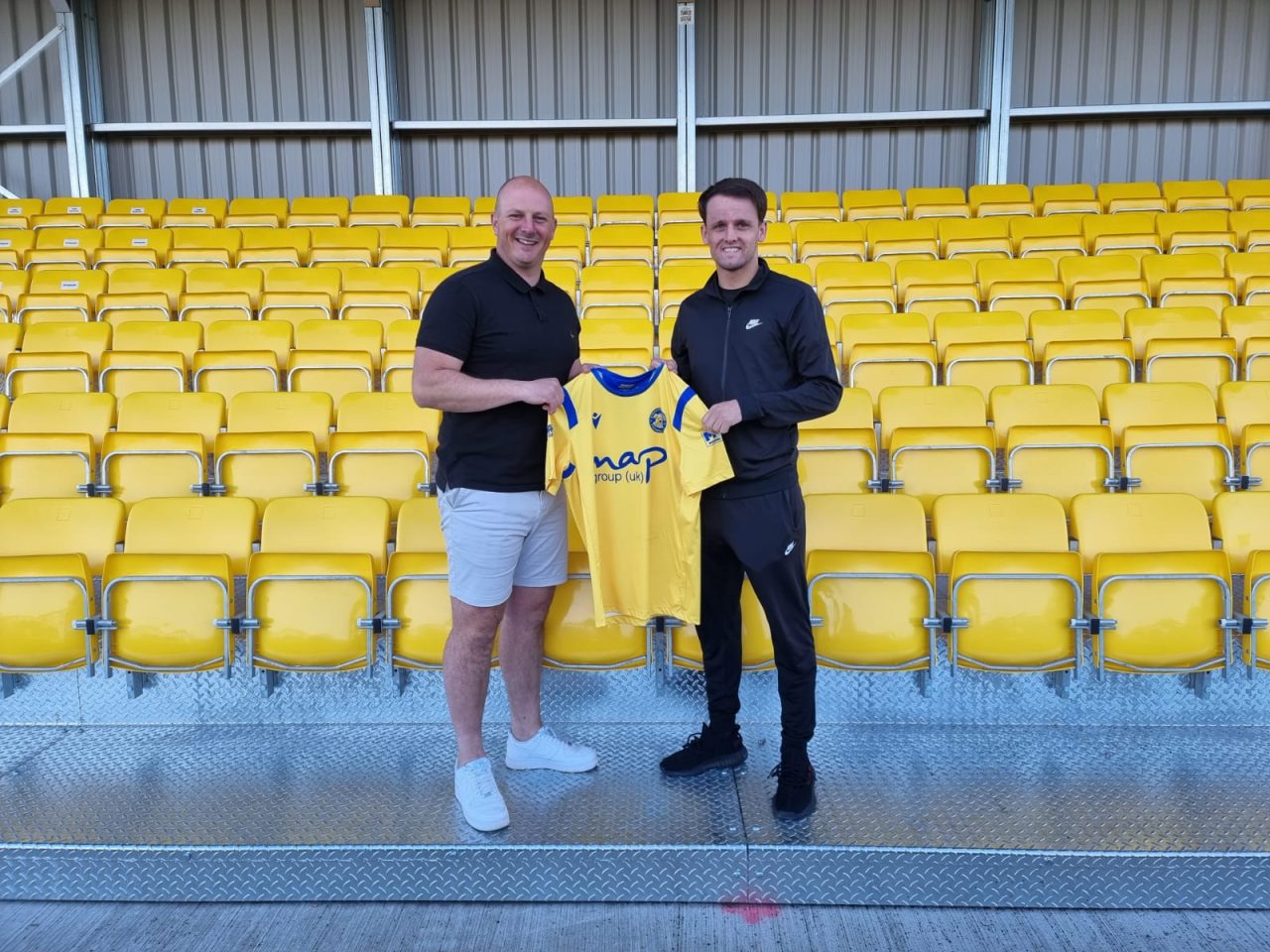 Stockton Town Football Club are delighted to confirm the signing of striker Elliott Beddow from Thornaby.

The 24-year-old becomes the Anchors’ fourth signing of the summer – and joins having spent the last two seasons in the Northern League Division One with Thornaby.

The marksman scored 31 goals in all competitions last season for the Blues – including 24 goals in the Northern League – to help his side finish third behind promoted clubs North Shields and Consett.

Beddow admitted he was pleased to put pen to paper, and pointed to the continued ambition of the club as a major factor in his decision to sign for the Anchors.

He said: “I’m reallu pleased to sign for the club. I’ve played against Stockton a few times and it’s a great club, who I kept on last season.

“I saw how well they done and how well supported they are. The fans back the players and that’s something I’m really looking forward to.

“As soon as I spoke to Michael (Dunwell) and Martin (Hillerby) about the ambitions of the club, I knew it was a no-brainer for me really and knew it was the club I was going to sign for.”

Beddow began his senior career at Billingham Town as an 18-year-old in 2016 and was part of the Town side, which pipped Thornaby to the Northern League Division Two title in 2019.

The striker then made the move across Teesside to Teesdale Park in 2020 and has featured against the Anchors for both clubs.

Following a stunning campaign in front of goal, Beddow is looking forward to getting underway with the Anchors and is relishing the opportunity to play Northern Premier League football.

He said: “I’m looking forward to getting started. I’m looking for more of the same from last season, to get among the goals and to do whatever I can to help the team push for promotion.

“It’s always been on my mind to play as high as I possibly can and progress. I’m thankful that Stockton have came in and gave me the opportunity to do that. It’s a massive opportunity to play in the Northern Premier League

“The new signings that the club have made already this summer, they’re all great players and I’m looking forward to learning from them.

Manager Michael Dunwell stated his delight at signing Beddow, and believes the striker will bring a different dimension to his Anchors side.

The manager said: “We are delighted to bring Elliott to the club. We tried to sign him last season, but his work commitments wouldn’t allow it to happen unfortunately.

“That’s changed now and we are very pleased he’s decided to sign.

“He gives us a completely different dimension to what we’ve already got, pace to run in behind, stretch teams and is a great finisher, as you can see by his goals last season.

“I’m sure he will continue that with us and relish playing at a higher level.”