Anchors come from behind to defeat Marske in dramatic derby 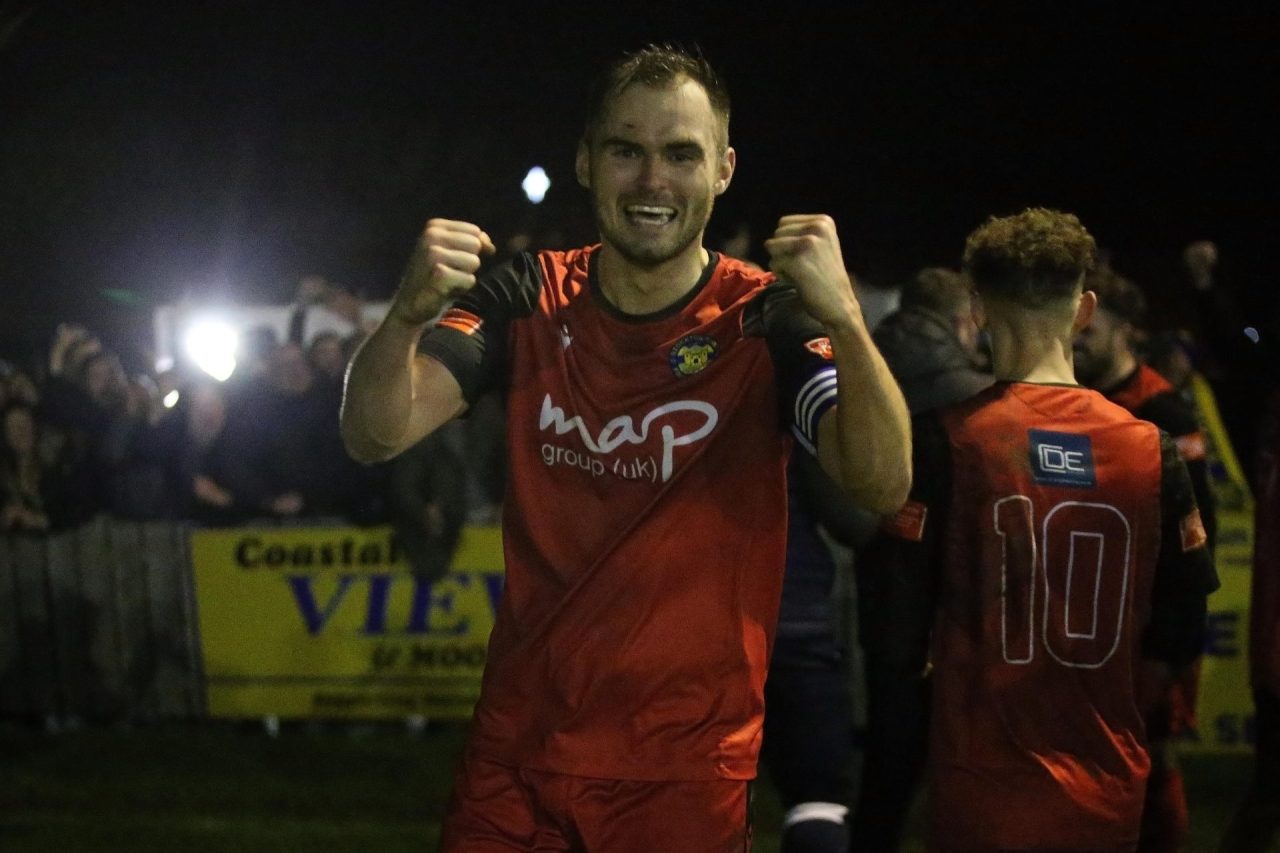 Nathan Mulligan scored a dramatic winner less than 10 minutes from time as Stockton Town came from behind to defeat Marske United in a frantic Teesside Derby.

Adam Nicholson drew the Anchors level on the hour mark when he smashed Kev Hayes’ corner into the roof of the net following Adam Boyes’ opening goal for the hosts.

Stockton withstood a late barrage from the hosts, as Callum Roberts made two spectacular saves in added to hold Marske at bay.

The full time whistle sounded to the delight of the raucous travelling support, who more than outvoiced the home fans throughout the game.

The game started in frantic fashion, with the Anchors presented with the first good opportunity of the game, Liam Cooke broke through from Tom Portas’ flick on, his shot was straight at Ryan Catterick.

Marske almost went ahead themselves just minutes later, Kevin Burgess hit the crossbar after connecting to a corner on the right hand side.

The first half thereon was a tight knit affair, with Matt Tymon and Mikey Roberts having the only opportunities within the first forty minutes.

As the first half came to a close, Marske came the closest to taking the lead as Callum Roberts made two spectacular saves to deny Matt Tymon inside the box, Dan McWilliams clearing off the line in the aftermath.

Marske did take the lead just five minutes into the second half, just seconds after being denied by Roberts, Boyes raced in on goal and slotted the hosts in front.

The Anchors looked to rally and were rewarded with a counter-punch midway into the half, Hayes’ corner was flicked on by Tom Coulthard and Nicholson controlled and smashed the Anchors level to the delight of the visiting support.

The game opened up for the final 20 minutes with both sides looking to strike the winning blow, Jamie Owens, Liam Cooke and Tymon went close at either end, forcing good saves from both ‘keepers.

Stockton did land the crucial blow eight minutes from time, Portas sent a ball forward for Nathan Mulligan to race onto, he then showed incredible composure to round Catterick and thread the visitors into the lead.

Marske pushed forward to try and grab a late equaliser, as Stockton pushed body after body in front of goal to hold on to their lead.

The hosts did have the ball in the net in added time, with the effort being ruled out due to an offside in the build up.

Next up for the Anchors is another massive derby game at home to Shildon on New Year’s Day, we hope to see you all there getting behind the lads.