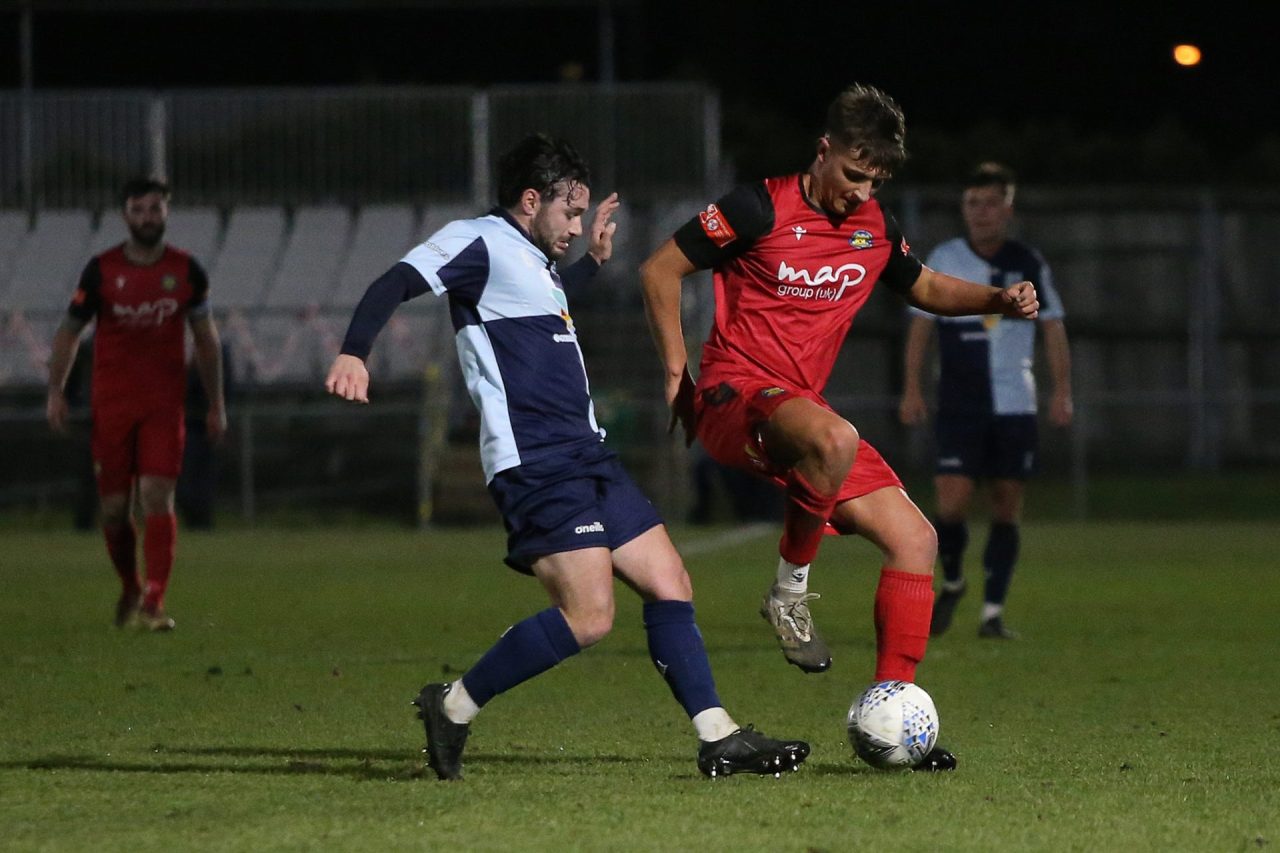 Stockton Town’s Durham Challenge Cup journey is over after losing out to Bishop Auckland at Heritage Park.

Alfie Conway got the Anchors off to the perfect start with his 4th goal of the season inside 90 seconds.

Matthew Waters equalised for the hosts on the half hour before scoring the winning goal just a minute into the second half.

The Anchors saw several shots blocked and two chances cleared off the line as they pushed to get back into the game, but it’s the Northern League Division One side who progress into the Quarter-Finals.

Michael Dunwell named seven changes to the side which beat Lincoln United to move up to third in the Northern Premier League East Division, with Lewis King, Tom Coulthard, Tom Portas and Liam Cooke remaining in the starting XI from Saturday’s game.

It was the Anchors who struck first blood as Jonathan Franks won the ball high up the pitch before pulling back to King who’s cross found A. Conway to slot home.

Bishops had a great chance to level the match within five minutes as former Stockton midfielder Matthew Garbutt’s corner was met by Josh Rowbotham who headed wide from close range.

It was a first half devoid of many clear cut chances, until the hosts levelled on 30 minutes. Luke Orrell’s fierce strike from distance struck the underside of the crossbar and whilst it may have crossed the goalline, Waters was there to pick up the pieces and tap home.

Jamie Owens and Nathan Mulligan saw efforts saved by Nick Liversedge late on in the first half, with Liam Cooke the provider for both chances.

Bishops scored what proved to be the decisive goal shortly after the interval, Waters slotting home for his second of the game.

Owens and Cooke both came close to equalising within minutes of each other, first the striker’s goalbound strike was blocked on the line, with Cooke’s shot blocked in a crowd of bodies.

Nathan Steel had a brilliant chance to equalise when he broke in behind the Bishops defence but his effort trickled agonisingly wide.

Within seconds, Lewis McDonald produced a brilliant tackle to deny the hosts a third goal as they broke forward on the counter attack.

Next up for the Anchors is a trip to North Yorkshire to take on Pickering Town on Saturday.