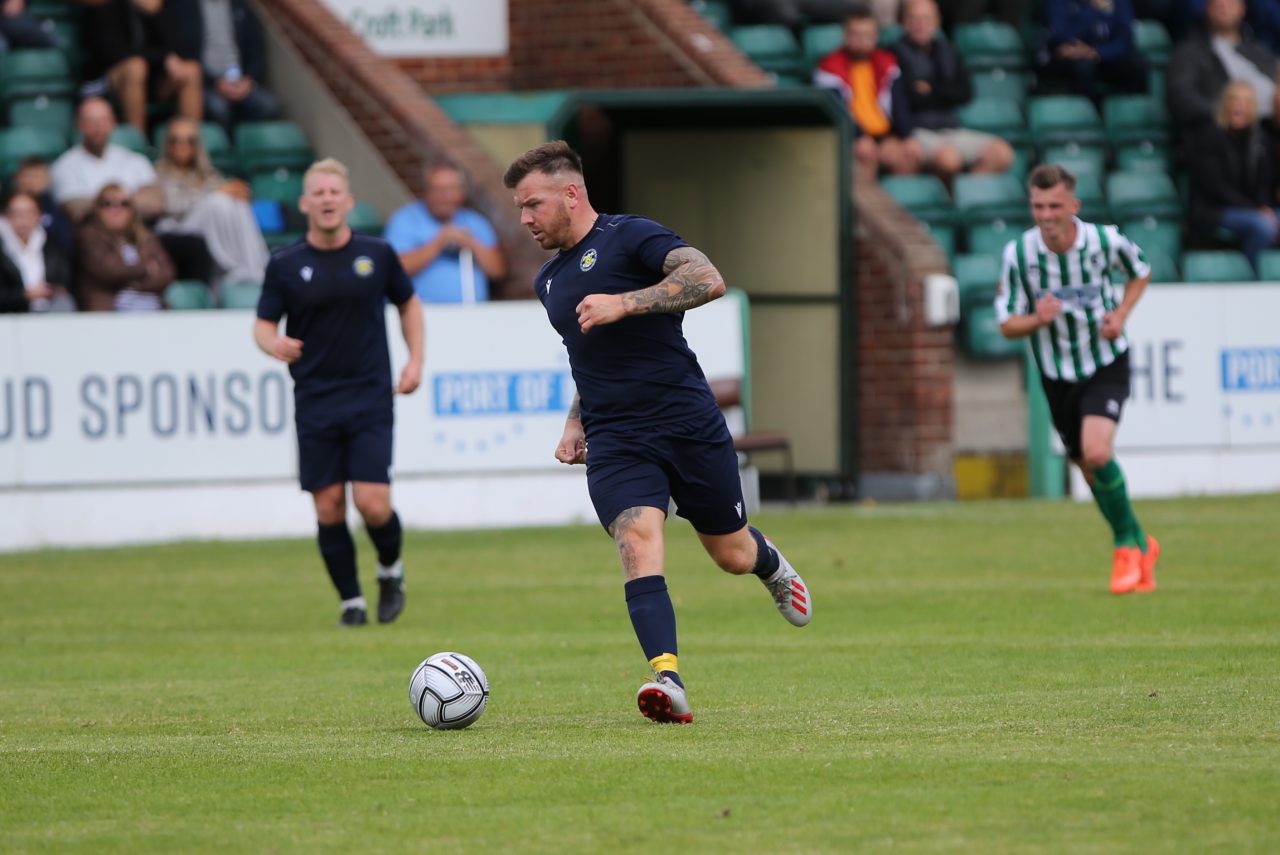 Stockton Town were beaten 5-1 by Blyth Spartans in the Anchors final pre-season outing before the start of the Northern Premier League campaign.

Jamie Owens pulled a goal back for the visitors just before half-time but Dale scored his second of the match and Connor Thomson found the net to wrap up victory for the hosts.

Stockton’s next outing will be a historic one, Michael Dunwell’s side travel to Stocksbridge Park Steels on Saturday 14th August for their first ever game in the Northern Premier League, which will be the 550th competitive game in the club’s history.

After a fairly even opening 10 minutes, Blyth took the lead, Dan Maguire found the unmarked Gillies to open the scoring. A minute later, Gillies had his second, tapping into an empty net from another Maguire set up.

Dale increased the home side’s advantage after 20 minutes, his attempt from outside the box took a deflection which wrong footed Roberts in the Stockton goal.

The Anchors grew into the contest as the first half progressed, Owens let fly from 30 yards, his effort fizzed wide of the post.

Mikey Roberts forced the first save from Alex Mitchell when he cut inside and fired low at goal and minutes later Anchors were on the scoresheet as Owens raced onto a through ball to slot past Mitchell.

Dale scored his second of the game with a well taken volley into the corner of the net, ten minutes into the second period.

Mikey Roberts had a chance to reduce the deficit, Lewis King stood up a cross to the back post that the forward took down and fired just over the crossbar.

Callum Roberts made an outstanding save at the feet of Thomson but the Blyth forward found the target with a smart finish across goal 15 minutes from time.

The hosts almost scored a sixth late on, Corey McKeown cut inside and slammed the underside of the crossbar with a curling effort, while the chances concluded in the 90th minute with Hayes curling across and over the bar.