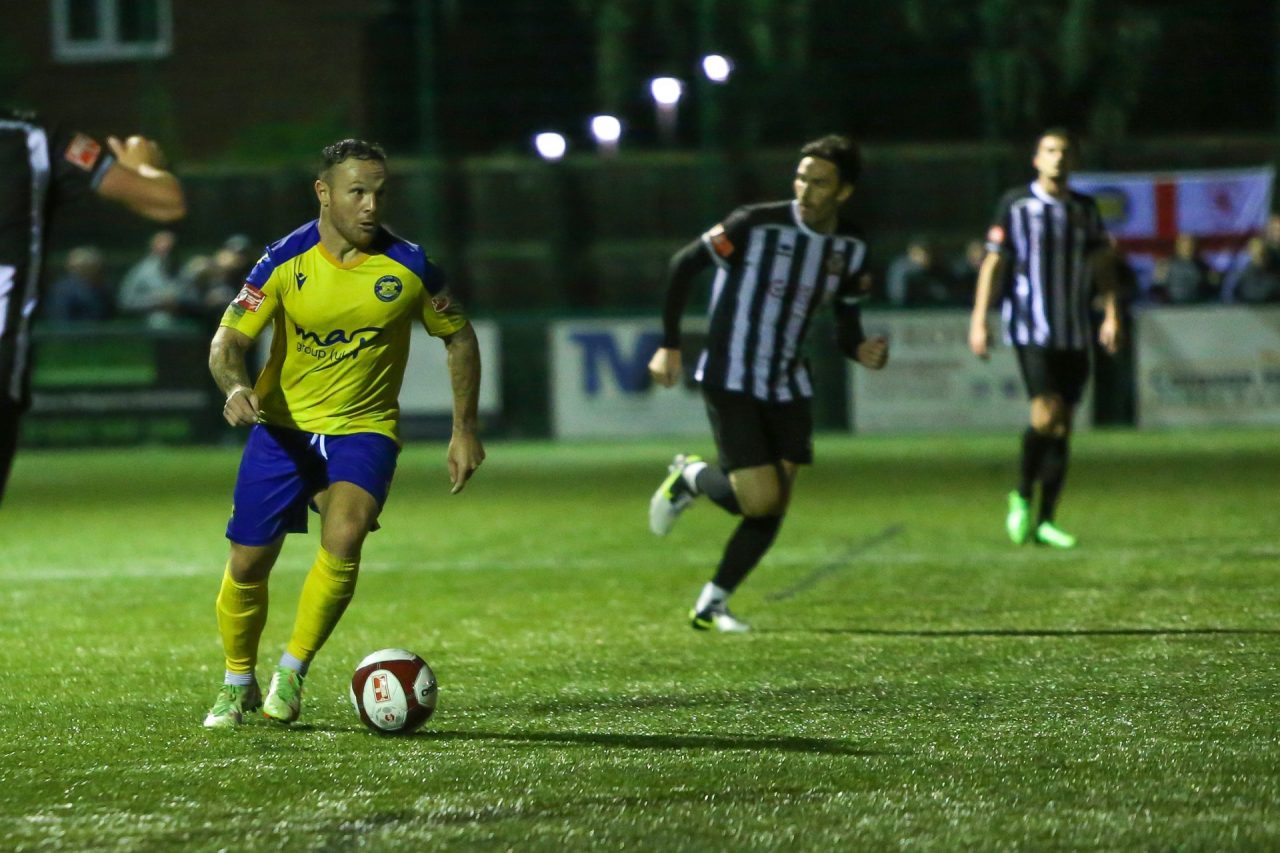 N.Mulligan and Elliott Beddow put the hosts two goals up inside the first nine minutes after a quick start from the hosts.

The Robins pulled a goal back through Regan Patterson, but Stockton’s two-goal lead was restored by M.Roberts at the end of the first-half.

The visitors threatened to make it a nervous finish when Patterson scores his second of the game late on, but Kev Hayes netted three minutes later to wrap up the points.

Manager Michael Dunwell made one change to the side than beat Shildon on Bank Holiday Monday, with captain Adam Nicholson coming into the side for Cameron Painter.

The Anchors had a sight on goal after three minutes. Stephen Thompson raced down the left, pulled the ball back and Lewis King drew a good save from Finn Hodgson.

Stockton broke the deadlock in the seventh minute. N.Mulligan curled a free-kick delightfully over the wall and into the net – his fifth goal in seven games.

Two minutes later, the Anchors doubled their lead. A terrific solo run was capped off with a stunning finish from Beddow.

The visitors grew into the game and went close through Cameron Cunningham before Callum Roberts produced a world-class save to tip Connor Oliver’s free-kick onto the bar.

Thompson and Brad Hird exchanged shots around the half-hour mark, while the Robins pulled a goal back in the 31st minute through Patterson – their spell of pressure paying off.

North Shields went close to drawing level shortly before half-time when Oliver was denied by a good save from C.Roberts.

With the final kick of the first half, the Anchors made it 3-1 – M.Roberts latched onto a through ball and produced a composed finish for his fifth goal of the season.

Neither side really had a sight of goal after the break until the hour mark, when Kev Hayes and Thompson fired narrowly over the bar.

The game sprung back into life with 10 minutes to go when Patterson rifled a volley across goal and into the far corner of the net.

However, any nerves were put to bed just three minutes later. Thompson played a perfectly weighted through ball to Hayes, who raced through and tucked the ball past the ‘keeper.

Next up for the Anchors is a trip to Witton Albion in the FA Trophy on Saturday afternoon.