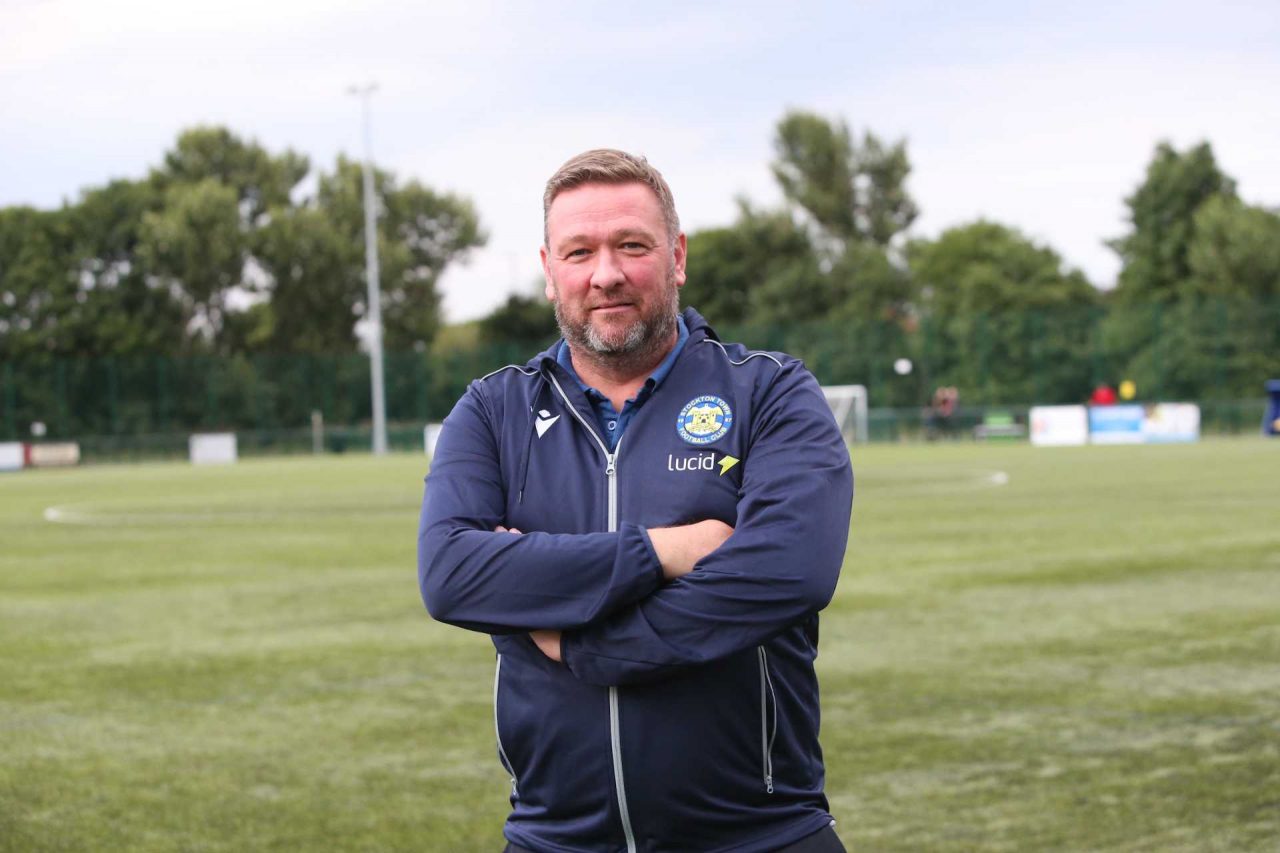 Stockton Town Football Club are delighted to confirm the appointment of Nigel Carson as Head of Scouting and Player Recruitment.

Carson, who has nearly 30 years of experience in football, in coaching and scouting, will combine his role as scout for Premier League side Leeds United Football Club with his new position at the Anchors and he says he’s “over the moon” to be on board ahead of the new season.

Speaking about his appointment, Carson said: “I’m just over the moon with it, I’m a Stockton lad and lived here for 22 years.

“I studied at Stockton Sixth Form college, which is a stone’s throw away from the pitch. To see the pitch now being used for Stockton Town is just brilliant.

“My role is to watch opposition teams the week or two before we play them to help the coaching staff to prepare our team for the game and watch potential new players.”

He has also spent time as scout for Hull City Football Club and club coach mentor for the Football Association.

Carson believes now is the right time for him to join Stockton Town due to infrastructure in place for the Anchors to progress.

He said: “It’s the vision of the club, how forward thinking it is, it really wants to progress to the best it can be.

“There are clubs at higher levels which don’t have the same level of infrastructure and desire to be where Stockton Town is trying to be.

“I’ve got some friends at the club and the management team and when we spoke about the ambition of the club I was eager to get on board.”

Following promotion from the Northern League as part of the FA’s restructure of Non-League football, Stockton will play at Step Four for the first ever time in the upcoming campaign.

Michael Dunwell’s side have been promoted three times in the last six seasons and Carson says the continued ambition of the club means it is an exciting time to be involved with Stockton Town.

He said: “It’s brilliant, the amount of good young players coming through the ranks, the players at the club who have been here in the past.

“The club has such a good fan base, the social media is excellent with lots of information on there for supporters.

“The new brand deal with Macron means the club is getting loads of quality stuff.

“Scouting was one of the things the club can do to further professionalise itself, I was out watching Stocksbridge last week so hopefully there is a positive result on the opening day coming from that.”