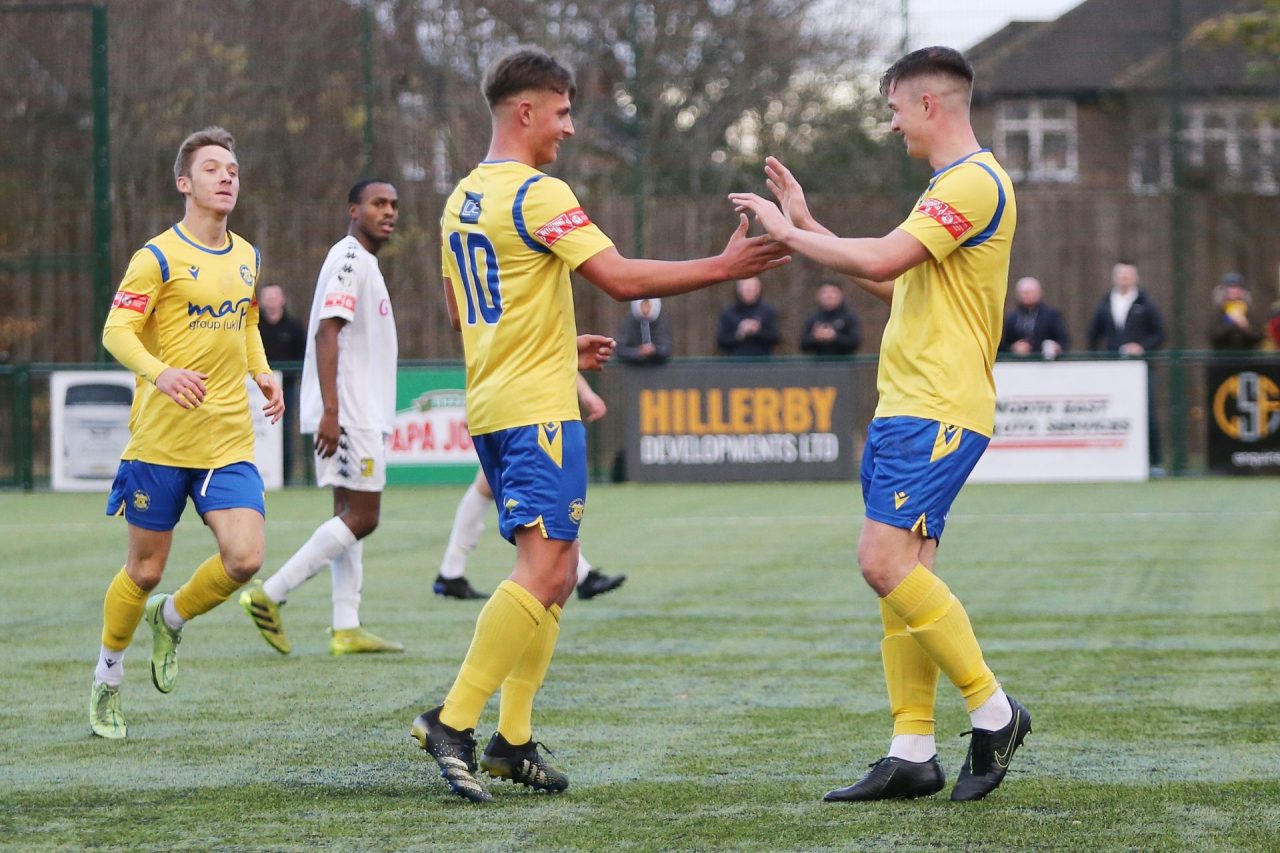 Alfie Conway made a scoring return to the side as Stockton Town returned to winning ways in the league with an emphatic 4-0 win over Tadcaster Albion.

The 16-year-old midfielder put the hosts ahead inside the first 10 minutes, while Mikey Roberts doubled the lead from the penalty spot.

Dan McWilliams scored his first of the season just after the half-hour mark and Adam Nicholson rounded off the afternoon with a header in the second-half.

Manager Michael Dunwell made three changes to the side that drew at Sheffield FC, with Kev Hayes, Alfie Roberts and Nathan Steel coming into the starting line-up.

Both sides had an early sight of goal in the first stages of the game, with the Anchors then starting to take a foothold against Tadcaster,

With just nine minutes on the clock, the deadlock was broken. Tom Coulthard clipped an exquisite lofted through ball to release Alfie Conway, who brought down the pass and found the bottom corner.

Callum Roberts was called into action to keep out Romario Vieira’s shot on 15 minutes, while the Anchors went close when Nathan Steel turned his defender inside-out and fired inches over the bar.

The hosts were awarded a penalty midway through the first-half when Vieira bundled M.Roberts over in the area, and the Stockton man made no mistake with the resulting spot-kick.

A third goal was scored just after the half-hour mark. M.Roberts gathered the ball to the left side, found the underlapping run of full-back McWilliams, who struck across goal and into the far corner of the net.

In the aftermath of the goal, both sides went close with Donald Chimalilo and Hayes having efforts on target.

It was the hosts that closed out the half on the front foot, and could’ve stretched their lead further. Steel headed just wide and M.Roberts volleyed wide of the far post.

After an early free-kick from M.Roberts, which he curled around the wall and over the bar, the hosts started to turn the screw once more in search of a fourth goal.

There wasn’t much in terms of chances until after the hour. The Anchors were awarded a free-kick on the left side of the pitch, which was whipped into the box by second-half substitute Nathan Mulligan.

Captain Adam Nicholson peeled off his marker and bundled the ball home at the back post.

A quiet period in the game ended with a final 10 minutes where both sides had chances. McWilliams went close to bagging his second of the game with a rasping drive at goal, which was saved by Ally Hughes.

Nicholson made a terrific block to deny Charlie Marshall deep into stoppage time, and the Anchors went on to keep their clean-sheet in tact.