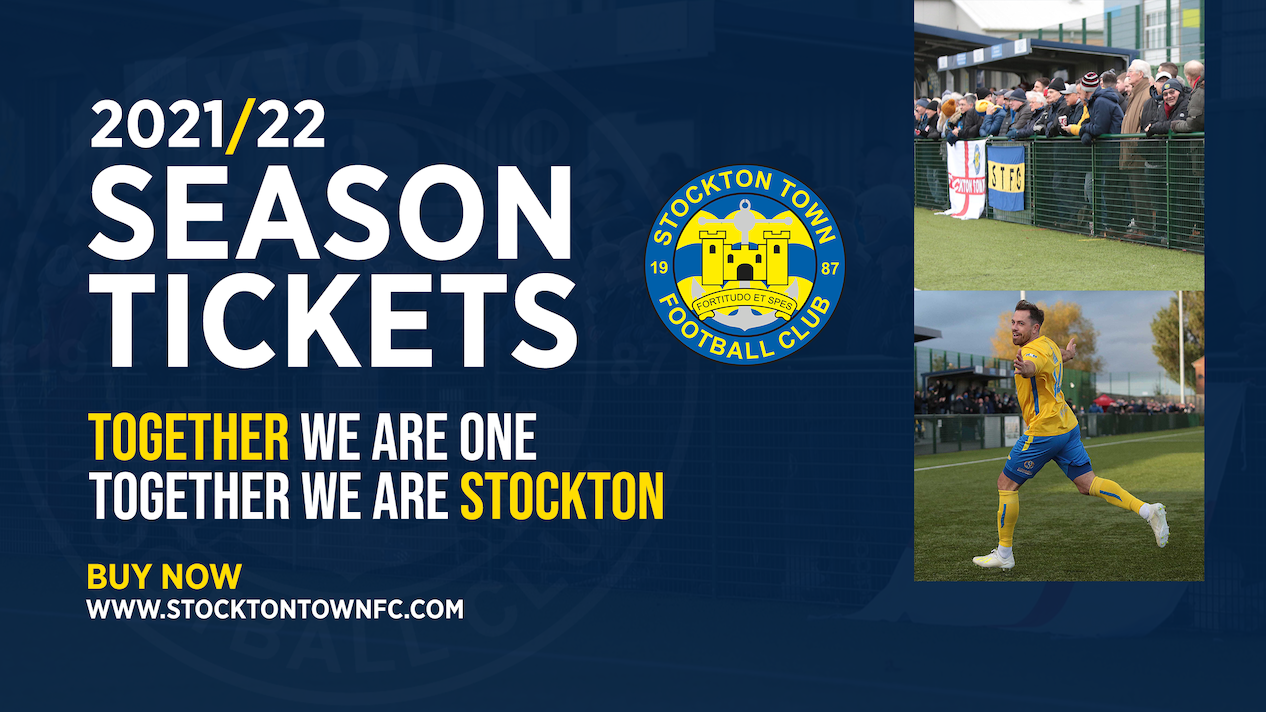 Stockton Town Football Club are delighted to announce that season tickets for the 2021/22 season are NOW ON SALE.

The upcoming season represents the first time the Anchors will play at Step Four, following promotion from the Northern League, in line with the Football Association’s restructure of Non-League football.

Due to Covid-19 restrictions, Stockton played in front of largely reduced crowds of 150 or 300 during the 2020/21 season, with some games played behind closed doors.

Before the 2019/20 campaign was brought to a halt by the pandemic, the Anchors averaged a home attendance of 499 in the Northern League, the largest figure across Step Five of the entire Non-League pyramid.

The club are looking forward to welcoming fans back home in numbers, ahead of what will be a historic season in the short history of Stockton Town.

Chairman Martin Hillerby said: “Having the supporters back is going to be massive. Just the buzz about the place on a matchday is incredible.

“We were getting 500 here on a regular basis, and sometimes towards 1,000. For the players to play in front of that many people every week is incredible, because it is good just standing on the side watching it.

“We are hoping that the fans continue to turn out in their hundreds, like what it was before the pandemic. If that is the case, I’m sure the club will continue to thrive.”

Manager Michael Dunwell said: “We’re really looking forward to next season. It’s a really exciting period, not just for ourselves and the club, but for the supporters as well.

“It’ll be great to get the fans back, which looks like that’s going to happen. Hopefully they’ll all come back and can follow us on this journey.

“They’re a massive part. You’ve just got to look at the FA Vase game against Shildon, there was no atmosphere with it being behind closed doors.

“The fans really are massive for us, not just at home. At away games now, we’re hoping we can get to what we were with Vase games, taking three or four coaches.

“That turns those away games into home games for us, and the atmosphere they create is brilliant. To have them back, it’s going to be a massive plus for us.”

To purchase your Season Ticket ahead of a historic season for Stockton Town, click here.