Stockton Town continue pointless after a disappointing 3-2 defeat to Guisborough Town despite a spirited second half performance against 10 men.

Stockton Town without skipper Tom Coulthard and Chris Stockton started the brighter and Joe Carter was unlucky after nicking a back pass off the keeper the ball ran a little wide and he couldn’t turn his shot into the vacant net from an acute angle. Guisborough weathered this early period and took the lead after 11 minutes when Roberts burst through onto a long ball and slipped it past Jordan with Stocktons defence standing claiming for what looked like a valid offside decision.

The goal took the wind out of Stocktons sails and Guisborough applied pressure to the Stockton defence forcing a couple of corners and dangerous free kicks. Stockton appeared to be getting back in the game following good efforts by Hayes and then Owens but on 34 minutes a misplaced pass was picked up deep in their own half by Guisborough and played into Crust who released Maloney to speed away into the space left behind the attack finishing neatly into the corner for almost a replica of the first goal.

Stockton Town replaced Dunwell with Mulligan at half time and the change brought a new urgency to the team which almost produced a goal Mulligan was pulled back in the box but the, what seemed, obvious penalty was denied. Woodhouse then crossed for Craggs who rose highest at the far post but his headed effort was just the wrong side of the goal with the keeper stranded.

The game took a dramatic turn on 54 mins when the home side went down to 10 men after Crust was shown a red card for retaliation. This gave Stockton added momentum but a lack of composure in and around the box along with some desperate defending kept the Away team at bay until on the 77th minute when Jimmy Ward fired home from 15 yards after latching onto a rebounded shot following a good slick Stockton move down the left wing involving Woodhouse and Owens. Then during their best period of the game Stockton conceded a crucial 3rd goal again the pace of Maloney causing problems as he latched onto a loose ball and his delicate chip could only be parried into the net by Jordan. Credit to Stockton they rallied again and Nathan Mulligan reduced the deficit on 84 mins from the penalty spot after a handball decision. 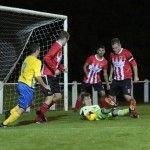 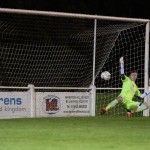 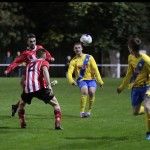 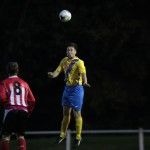 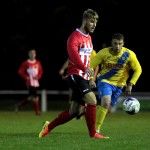 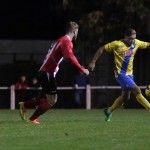 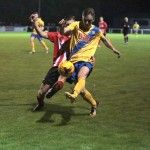 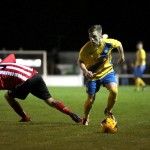 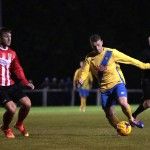 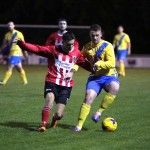 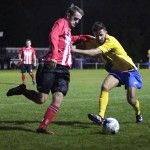 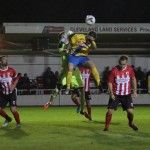